The Jackson & Rye Richmond is tucked away on the bank of the Thames, through a little square off Hill Street dotted with startlingly nice-looking office buildings.

Through the square the bank opens up – there’s the bridge to the left and a cluster of buildings on the right, but that segment itself feels surprisingly open and is probably beautiful in summer.

The inside feels, for want of a better word, nautical. It’s all marbled cream walls bracketed by dark wood panelling with dim amber lights studding the ceiling and set in strips at the corners; there are shaded desk lamps, too, slotted behind the seats in a few of the alcoved dining areas, which when combined with the walls and the comparatively low ceiling almost gives it the vibe of a writing study. Still (and maybe this is due to the setting) it’s difficult to escape this sense that you’re kind of in a ship’s cabin the whole time? Albeit an extremely classy one. Austere isn’t the right word but it’s a long way from flashy – relatively muted tones and not that much in the way of decoration, besides hexagonal mirrors behind the seats, angled slightly out from the walls; there’s an overhead shelf running the length of the bar, too, with old wine bottles and at the back of the bar itself, slotted neatly in between the spirits, what look like agave plants in steel pots. To the left of the bar, behind a grille in the wall at the back, is the whiskey library, of which more later.

The Jackson & Rye brand is billed as a retro East Coast diner experience, and it delivers; salt beef sandwiches, lobster, multiple steaks (and grits, which I wasn’t totally sure fit geographically, but just go with it I guess?) I tried beef carpaccio as a starter, then sea bass with olive oil mash and pecan pie with rye whiskey ice cream. The main and dessert were both delicious (the mash in particular was great – the olive oil didn’t come through as like a head note or anything but it added this smooth kind of gloving effect which went brilliantly with the grilled bass and the creamy-but-slightly-tang bed of greens) but, actually, the kicker for me was the carpaccio – four thin slices of tender beef with rocket dotted around the outside, some strips of apple, and hazelnut butter in the centre. It was basically everything you’d want a starter to be: fragile almost to the point of collapsing the moment it gets into your mouth and a collision of flavours that’s interesting without being overpowering. (Seriously the hazelnut butter. My notes from that point read as “so f***ing good.”)

Equally of note in the food department are the melting chocolate sundae – served in what looks like the bottom half of a cocktail shaker with chocolate brownie and butterscotch sauce poured over ice cream; and, obviously, the steaks – the flat iron, which comes with bone marrow on the side, the effect of which can possibly be best described as like mainlining umami. (It’s maybe a bit of a pain to actually get the marrow out of the segments of bone, but I guess at least that way you really get to feel like you’ve earned it?)

This, of course, all sidesteps the subject of the eponymous rye whiskey behind the grille in the whiskey library. The cocktail menu is fantastic. Classics like the Old-Fashioned and the Manhattan (served with rye rather than bourbon, taking the edge off the sweetness as the rye grain isn’t as sweet as the sweetcorn mash used for bourbon, and the alcohol content in rye is generally higher than most other whiskies, which makes for a drier cocktail); these are amazing, natch. Arguably the place where the menu shines, though, is things like the Boulevardier (a Negroni with the gin swapped out for rye) or the Black ‘n’ Rye – espresso, Kahlua and rye whiskey. Picture an Irish coffee, but from the Northeastern US, and better. Rye whiskey’s not overpowering, but it’s also not exactly the most delicate of flavours, and the cocktails at the Jackson + Rye are some pretty fine exercises in fitting that into an impressive range of contexts.

Essentially all the information about rye whiskey in the prior paragraph comes from a talk given by Ales, the bar’s resident whiskey expert. Before eating, he gave us a rundown of a few different whiskeys; over the past few years there’s been a bit of a resurgence and established bourbon makers like Jack Daniels and Jim Beam have been marketing their ryes. The Jim Beam was the first we tried, and also has the lowest rye content – 53%, apparently. It was great; smoother and quite a bit sweeter than the others, apparently down to the with the rye/sweetcorn thing. After that was High West, a blend, and then Smooth Ambler, both different gradations of strength and rye content; the last Ales showed us (which we don’t sample, for obvious reasons) was the Pappy Van Winkle by Buffalo Trace. This, apparently, is the origin of rye’s use in cocktails, and prices per bottle run up to the several thousand, depending on the age. Fair enough that it’s just for looking, then. It does seem fitting that they’d have it, though – much like the décor and the menu, the drinks do classic as well as they do experimental (which is to say very), and as well if you’re going to keep a selection of bottles behind a grille at the back of the bar it just seems right that there should be something especially heavy-duty in it. (Chekhov’s whiskey library, I guess?)

Anyway. The Jackson & Rye Richmond is an equally great place for a chilled drink or for some indulgent but not overstated food; the booths like the bar itself are tucked-away and quiet, and it’s classy without being ostentatious. Personally, I’m quite looking forward to seeing it in the summer. 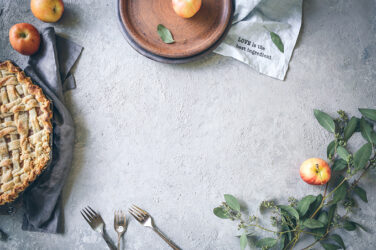 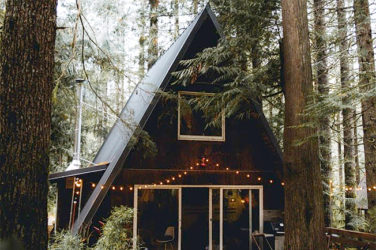