The relationship between deities and the mountain is one embedded deep within human spiritual culture – from the Gods of Greek mythology who occupied Mount Olympus, to the Nepali belief that the summit of Everest is the head of the God Chomolungma.

The Meru film is the latest to take on the subject of climbers pushing themselves to the extreme. It follows the struggles of three climbers, Conrad Anker, Jimmy Chin and Renan Ozturk to reach the summit of this yet unconquered Himalayan landmark. It is a story that shines a light on the physical, psychological and emotional suffering that is felt in retaliation against human will power and resilience. All this is climbing Meru. 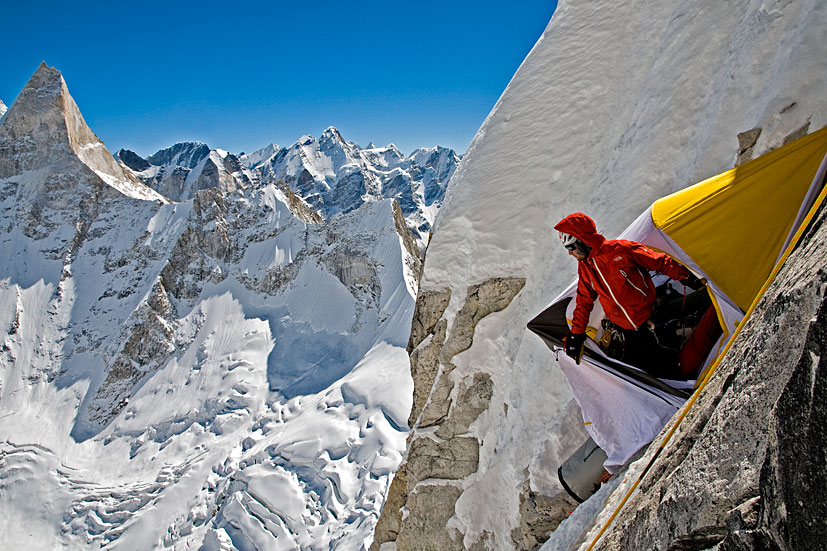 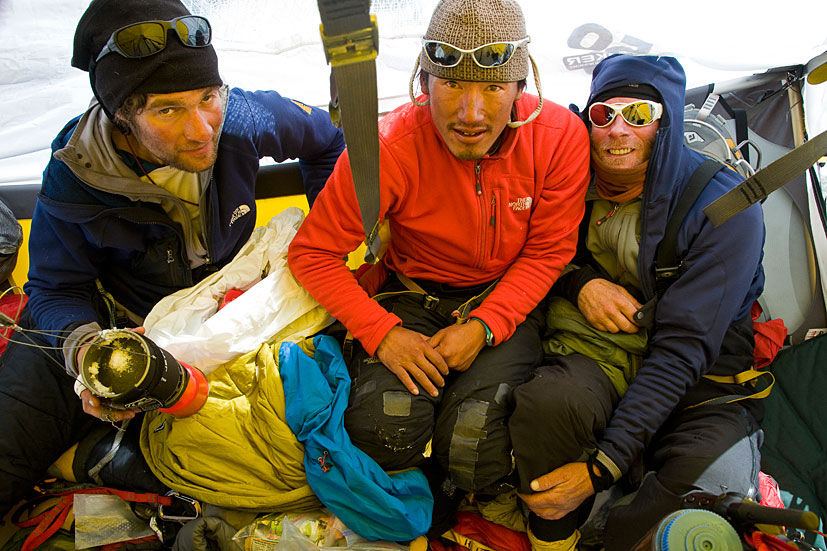 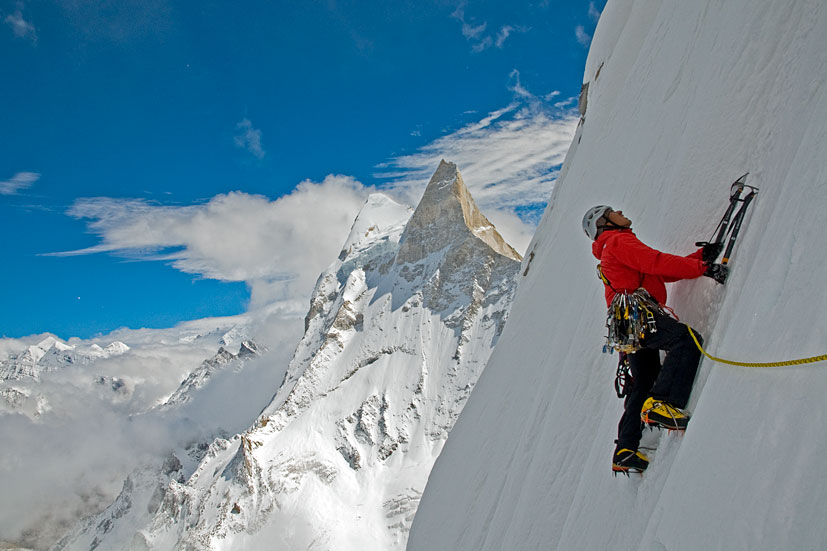 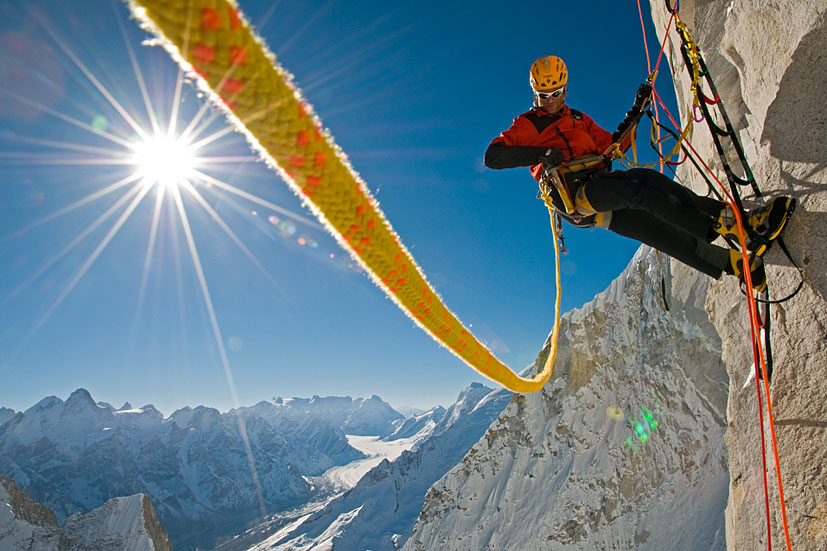 Within the context of the film, Meru mountain is believed to represent a junction between the physical, spiritual and metaphysical worlds. As well as to be the place of residence of some of the eastern Gods creates an evocative moment between mountain and the three men. Successfully perching themselves on top of the mountain, they momentarily transcend their human status, coming as close as is humanly possible to a God like status through the mountain’s intimate divine and spiritual association. It is a moment that dwarfs the film, and while a triumphant full stop its evocative spirit is built upon the emotional, physical and psychological suffering that precedes triumph – an ominous reminder of the narrow margin between triumph and disaster in the world of high stakes climbing.

An emphasis on suffering is never more potent than in a moment of exploration of Conrad’s past, when he says the word “finality.” Throughout the film the lamenting of the dangers of climbing and the the probability of death echo as if the film itself is a mountain that allows these reverberations to endure. The strength of Meru is to look beyond the immediacy of the words and emotion of its characters to strike a chord that resonates with us on a deeper level of contemplation. Here we face the denial of a human burial in place of a natural burial. The emphasis on “finality” presents the possibility of death as being a surface fear, beyond which lies the ominous propensity for Mother Nature to swallow us whole.

Considering the vast difference in scale, man is almost an insignificant speck to these vast land masses, and yet man uses this contrast of size to elevate our civilisation to epic and exultant heights. There is an interest in climbing and mountaineering films, evident from narrative fiction adventure movies. Most recently this has been seen in Baltasar Kormákur’s blockbuster Everest, as well as Jennifer Peedom’s BAFTA nominated documentary Sherpa. The inescapable impression is that interest in this world is minor when compared to our adulation of celebrity popular culture. While the latter is an act of vicariously living through this social demographic, a film such as Meru offers an opportunity to perceive through the window of the camera lens an extreme world. While the Meru film captures the everyday life of Conrad, Jimmy and Renan, so far removed from the everyday is their obsession with climbing Meru and reaching the summit, that it symbolises a detachment with contemporary society, therein becoming a momentary and minority interest.

There is a unique and raw feel that a documentary can offer that lends Meru a raw sense of feeling. Although the inherent question that if not asked out loud will at least be asked silently is why do individuals like Conrad, Jimmy and Renan push themselves to such extremes? In conversation with Jennifer Peedom, she offered: “I understand that there is a set of DNA that makes certain people have more of a need for those high levels of stimulation. To literally feel alive or to feel anything.” And Meru asks and contributes an answer to the question not by offering a thesis on the subject, but almost through a submission that sees it echo Peedom’s point. In the end as humans we can only say “because” – the reason lying in desire and instinct that we can only try to contextualise.

Bringing the discussion full circle, in spite of its evocative conclusion, if there is one shortcoming of Meru it is that it finds itself slipping off its own outer most point. Succumbing to a desire to push for a higher level of pictorial and musical drama it hangs on with desperation. It is a decision that is to the detriment of the film, ending on a note that feels more distinctly like amateurish rather than considered filmmaking. This one moment aside, Meru is a succinctly told story that moves effectively between the past and the present. While looking to the future. With a strength of personality it has the propensity to resonate with its audience because it taps into an all too human dynamic – the lives of three men and the world in which they risk death, and their hope of a safe return to their families and loved ones.

Meru film will be released via Ourscreen and digitally ‪from 12th February, with the DVD and Blu-ray release ‪from 7th March. The Meru film online is also available.

TODAY is a short documentary by Prisca Bouchet and Nick Mayow following the passing ...

TV and film sites in the North East and where to find them – ...