Ain’t Them Bodies Saints is a long shadow cast by the separation of two impassioned outlaws.

The movie opens to a scene where Bob Muldoon (Casey Affleck) and pregnant Ruth Guthrie (Rooney Mara) find themselves holed up and in a gun fight with local police.

Ruth fires a shot which wounds one policeman, realising that there’s no way out, Bob kisses Ruth on the forehead and tells her that he’ll be back for her. He takes the blame for the shooting and receives a prison sentence of 25 to life.

What ensues are wonderful cinematic gestures and montages, following Bob in his desire to return to the moment of separation. Earthy hues and pastel colours combine and repeat. The violence – and there is plenty of it – subsumed by sparse fields, ornate wooden houses and plenty of close-ups of Mara and Affleck; it is undoubtedly a good looking film.

In this way, and in keeping a steady tempo, director David Lowery manages to build a breezy mythical tension. Even Bob’s self-destructive conviction to reunite with Ruth is voiced in tender religious tones. Lowery manages, with no small part by Affleck, to draw you into the hazy love that Bob has for Ruth. Comparable, possibly, to slowly sipping on some Texan bourbon.

Audiences who might expect bigger shows of conventional Hollywood tropes will be frustrated. Instead subtle shifts in camera perspective and light give hints as to ulterior motives and a deeper narrative.

Is the storyline and plot unique? Not quite. ‘Monster’s Balls’ seem to be quite common in the deep-south, but Ain’t Them Bodies Saints is an exemplary early showing by a director whose star is on the rise. 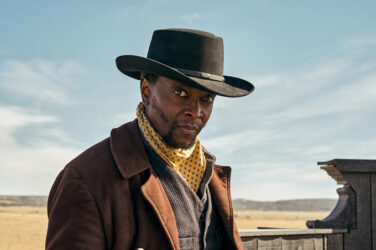 4 great independent local cinemas and why it’s important to use them – words ...