Awards for emerging artists; they’re hardly everywhere but they are certainly an established phenomenon. The same goes for lifetime achievement awards.

Both play to well known and popular narratives within our culture; the young upstart rattling the establishment and the wise elder statesman (or stateswoman, although you’ll notice they do tend to be men) revered for changing the course of art history. 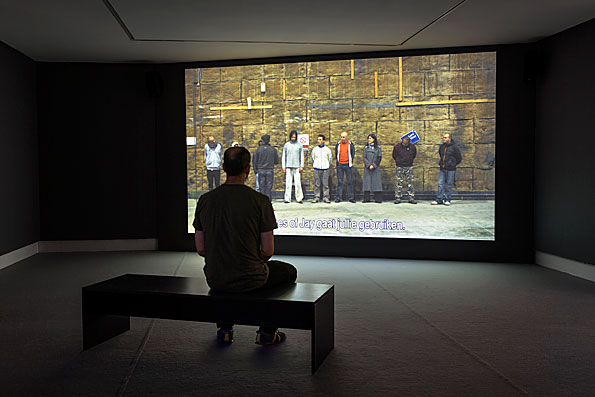 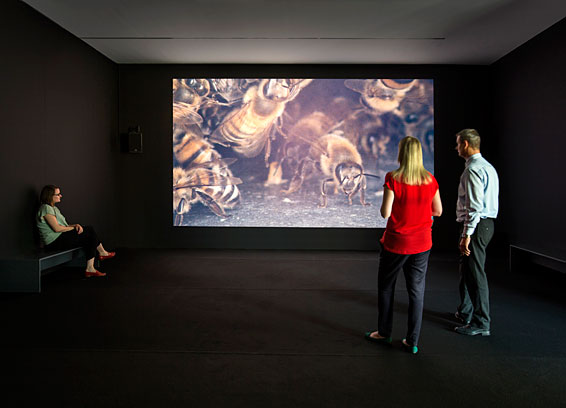 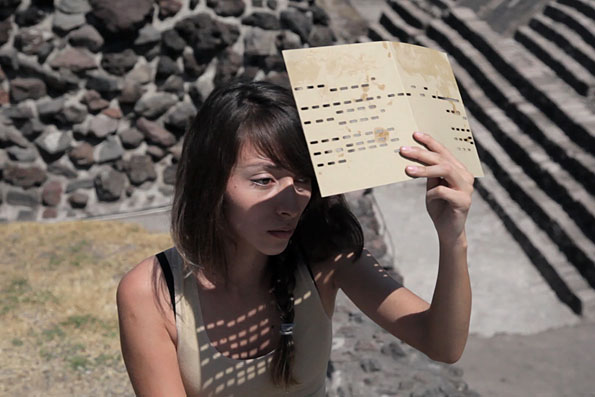 But what of the mid-career artist, doggedly navigating the less media-friendly waters between young firebrand and old guard? It is into this gulf that the Vincent Award steps, its objective to ‘spur on a mid-career artist whose work is appreciably influencing the development of contemporary art in Europe’.

Five artists were nominated for the EUR 50,000 award and, just hours before the announcement was due to be made on Friday 21 November, the panel of judges chose forty year old Albanian artist Anri Sala. Sala has combined three existing works to produce his winning audiovisual installation. Two films, playing simultaneously, show The Clash’s Should I Stay or Should I Go being played on different instruments; a barrel organ and a music box. The music box sits outside an abandoned concert hall in Bordeaux while the barrel organ has seemingly sprung up amongst the ruins of the Tlatelolco site in Mexico City. Played on screens positioned back to back, the viewer can never watch both at the same time, so that watching one, the ear is distracted by the second version with which it continually falls in and out of time, a discordant and disjointed marriage. A third element, Doldrum, a snare drum, joins the fray when activated by lower frequencies, creating a ‘live’ element which increases the sensory richness of a work which traverses time and space with lightness and ease.

Of the four artists Sala beat to the prize, Gillian Wearing and Pierre Huyghe are the most prominent. Huyghe’s piece, A Way in Untitled, is as esoteric as Wearing’s works are emotionally direct, indeed both artist’s entries are highly successful in these respective capacities. Huyghe’s film was made in a forgotten corner of Kassel’s Karlsaue Park, an environment the artist created for dOCUMENTA (13). Testing the boundaries of nature and culture, reality and artifice, human and animal, the film surveys an at once forgotten and theatrical place that nature has begun to reclaim, an idea symbolized by the sculpture whose head has been colonized by a hive of bees. Taking us closer to nature than nature allows with a lens that captures more than the eye can see, Huyghe presents us with a super-reality which folds back into artifice.

Wearing’s film Bully, previously shown at the Whitechapel Gallery, delivers more than it promises. Beginning with a series of images in which the artist depicts herself as the photographers she calls her ‘spiritual family’; Arbus, Mapplethorpe, as well as Me as an Artist in 1984, a fictitious portrait in which Wearing imagines herself as a young artist at an age before she took up art, the stage is set for a film that speaks of role play and the construction of identity. Bully does this, but it does it with such lightness of touch and precision that it takes the viewer aback. No less conceptually rigorous than the other work up for the prize but visceral in its humanity, the film speaks powerfully of the necessity of community, the possibilities engendered by the collective, and how simple it can be to transcend the limits of our own skins.

OPEN: Win £100 of men’s fashion from the newest brand on the block

Unknown Heroine is the first solo exhibition in the UK of Croatian artist, Sanja ...