The Sneaker is a staple of the urban fashion palette and the urban vibe. More than one rapper and many others have closets, backs of doors, and shelves filled with sneakers of various colors, brands, and fastening methods. Sneaker culture is about as tied to urban culture as rap, hip-hop, break dancing, and fitteds (caps that is).

I’m a late comer to this party. It’s especially embarrassing because I’m black. I should have grown up with this right? I should have old Jordans, Nike’s and Adidas just lying around? Not me. Being bi-racial I have to straddle the divide constantly. A little white here, more black there. I grew up with my white mother and her white husband. I had no cultural framework for this. I was on my own in more ways than shoes. 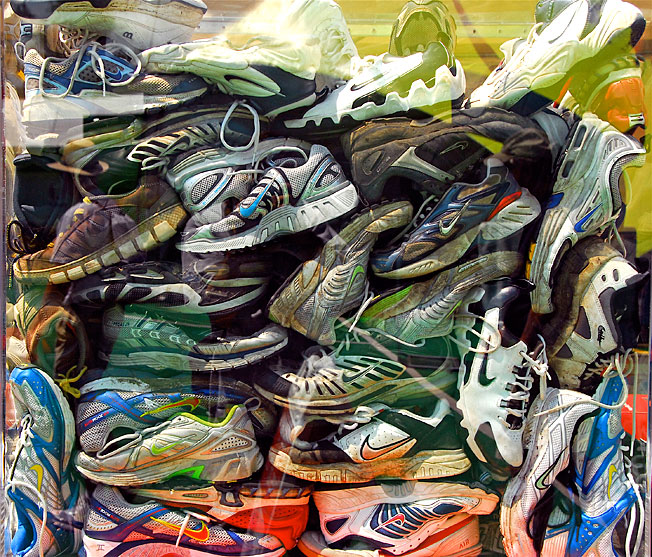 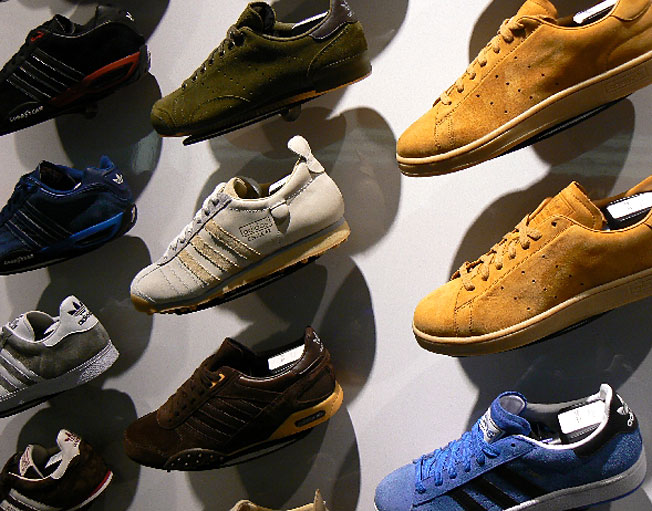 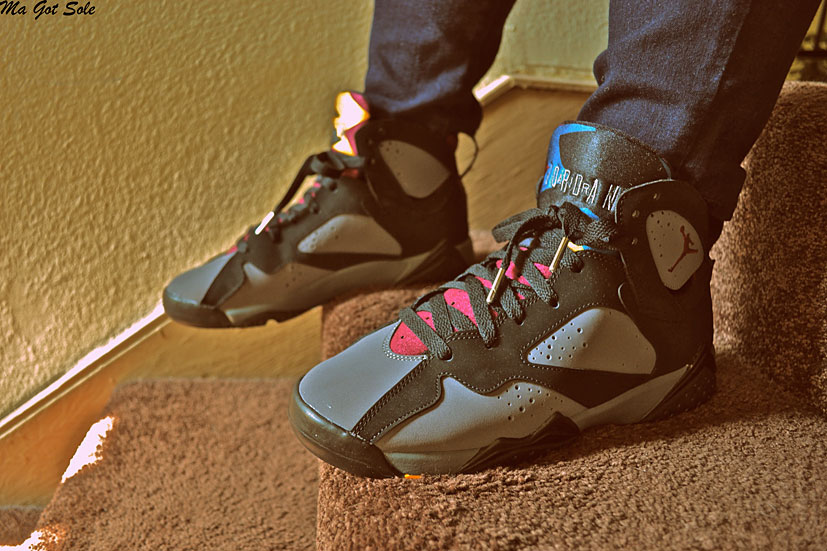 It’s not that I don’t own expensive shoes, in fact, if you want my latter-day pair of suede Calvin Klein’s, those are available to you. Too much establishment? Not a problem, I have a pair of DKNY purple casual driving shoes as well. Too 40’s, SUV-Dad vibe for you? Well, I’m out of options. That’s been my shoe style of choice until very recently.

The only reason I’ve been thinking about my choice in footwear is because for the first time, at 27 years old, I finally bought (copped) my first pair of Nike’s. I didn’t darken the door of a Nike store either. I saw them at first on a shelf at Ross, a discount store that buys from department stores. Ross is a busy place mostly because their stores are usually quite large and people love to shop there for latter-day department store goods. If you’re looking for great stuff from Macy’s, Dillards, Lord and Taylors and so on, Ross is the place to get all of that much cheaper than hauling it out of the mall. Racks upon racks line the center of the store with shelves lining the wall. When you walk in, the Loss Prevention Officer waves ‘hello’. The fact that they need one of those is a sad testament to society but clothing is one of the most stolen items in retail. A store full of very nice clothing ranging from down market blouses to upscale frocks is a fashion kleptomaniacs dream land. Ross is good for home goods like towels and pillows as well as clothing. Anyway, I realized, while I was standing there, looking at them, in their black texture, that I had never owned a pair of Nike trainers.

I never actively tried not to own Nike’s and I have no problem with the company. Obviously, they’re known for their questionable overseas labour practices, but so are all clothing companies, that’s another discussion entirely. In that moment I plucked them off the wall, size 14, (a narrow size 14 I might add) and pulled them on my feet for the first time. I thought that this must be what putting on space boots must be like. It’s like I didn’t know how to work a shoe. The tongue was strange and didn’t cover the whole top of my foot. The laces were in their eyelets but the row was asymmetrical and strange. I put them on and realized that not only did my feet not look huge in them (something I cherished from my leather shoe days) but that they were so comfortable. But before I go into that, let’s think about why I had never owned a pair of Nike’s in the first place.

My parents are sober people (less so these days, they started drinking again a few years back). They vote Republican and they live in the western part of the midwest in Colorado. Despite Colorado’s recent embrace of Cannabis, Colorado is still a fairly conservative place to live as a matter of course. Although not terribly religious themselves, my Mom decided that I should be raised with something and as my Mom had attended Southern Baptist churches as a child in West Texas, she selected that to be our “religion.” My education was a strange hybrid of private school, homeschooling, and Baptist high school. In high school, the school had a strict uniform code. Sneakers were only to be worn in gym for gym or sports activities. Otherwise, regular leather shoes were to be worn for daily classes. I only attended the school for Band, Choir, and Orchestra so I had to wear leather shoes as well as a polo shirt, and khakis or slacks. Jeans and denim were not allowed for men (girls could wear denim skirts below the knee).  Consequently, after about the age of 12 I only wore leather shoes of various stripes. Some of them were quite ugly and some where somewhat fashionable. I’m a large man and have been since high school. I was more focused on my awkwardly wide shoulders and my inability to control my weight thanks to asthma medications and unstable hormones supplemented with some not exemplary eating habits. I wore the same basic uniform until college when I bought my first pair of jeans since. The day I walked onto campus in a button-down shirt, sweater, leather dress shoes, and slacks turned more than one head. Most people thought I was a really young professor. I soon had a reputation for wearing nice clothes on a campus where most people went to class in pajamas, and where a t-shirt and nice jeans had people asking about what presentation you were going to or about what other important thing you had to do that day. I slowly relaxed my style and by grad school I was comfortable in a t-shirt and jeans, with scant accessories which is what I wear now, but I still mainly wore slip on leather shoes, suede shoes and if I had outside work to do, maybe some cheap canvas shoes from Payless.

My first real pair of sneakers came in the form of Chuck Taylor Converse. At the time, Target was selling Converse and many of my friends wore them as their everyday go-to shoe. I picked up a low top – too weird. I picked up a high top – much better. I paid my $50 and took them home. I wear them all the time and they are surprisingly comfortable for me. I never bought another pair of sneakers until the last two pairs I acquired fairly quickly. The first one was a rather innocuous pair of Beverly Hills Polo Club sneakers I found cheap at K&G. The second, was the aforementioned Nike’s.

I nervously placed the shoes back on the rack. I pulled them back down. They were so comfortable, so nice, so “street” and “urban.” Things I wasn’t used to being yet. I’ve never considered myself that urban or street despite my love of urban environments. When I thought about urban style I thought of suits and pointy italian bench made shoes; not Nike, Air Jordans, and adidas. At some level, I realized that my identity had changed as the cashier stuffed the shoes into the paper sack with a few other finds. I was taking on an identity that I had previously never been allowed to embody. Growing up as I did, I looked at the sagging pants and the sneakers and t-shirt style that had been popular in the early aughts with a certain amount of disdain. There were students that dressed in more modern styles at home but I never seemed to hang out with them much and even those people had their limits. We were out of time and our out-of-timeliness was put in place to ensure that we would be good kids not influenced by the sinful temptations of the world. I don’t think it really worked for anyone, even at the time. By the time I was 16 or 17 I was actively smoking cigarettes and marijuana and others were having sex or drinking. Ultimately, an oppressive dress code didn’t make us better people or less tempted to try everything that the world had to offer.

The next day when I pulled on my new pair of Nike’s I was still getting used to the comfort and support that my leather shoes and boots (many fine and expensive shoes) just did not offer. I also enjoyed tucking my jeans behind the tongue and the way the denim gathered around my ankles. My life was changed and I was officially addicted. I had finally discovered why people stood in line for the latest shoe. I finally understood why some guys didn’t even own a pair of the dressy shoes I was so familiar with. I’ve fully joined the ranks. I cruise Sneakerheads.com and when the announcement came across that a new pair of Chuck Taylors were going to be released I hurried to the site and signed up. I’m officially indoctrinated with the bite and the passion for fine footwear whether that footwear is Italian bench-made or Nike and Converse.

My first Nike’s were at the center of my changing identity. I tried to be as “good” as I could and fit in with the strict program that I was raised with as a youth. I tried to be different than others and maintain an ideal that wasn’t mine or what I wanted but rather what I thought was expected of me. Now that I’m free to be me all kinds of things are changing from the ground up. Sometimes the hype is true: you do indeed have to be yourself.

Welcome the Sneakerheads: My first pair of sneakers – aged 27 – article by Cameron Cowan 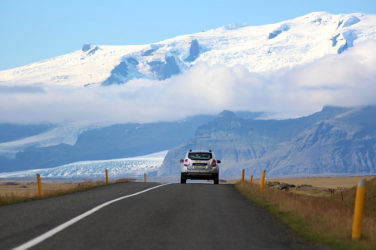 words Charly Suggett   Horst A. Friedrichs has quite the knack for shooting a ... 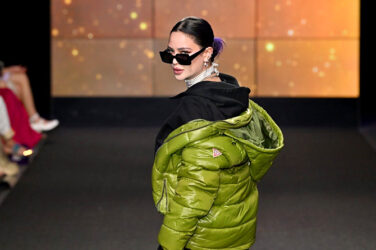 What is Uplive and why their New York Fashion Week 2022 event was the place to be this year? 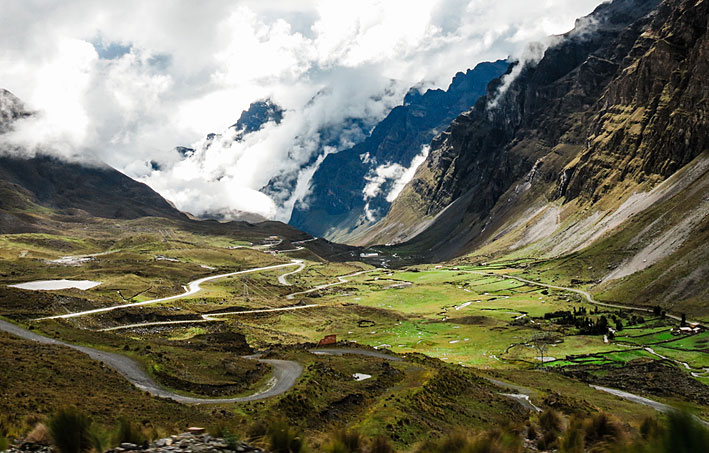 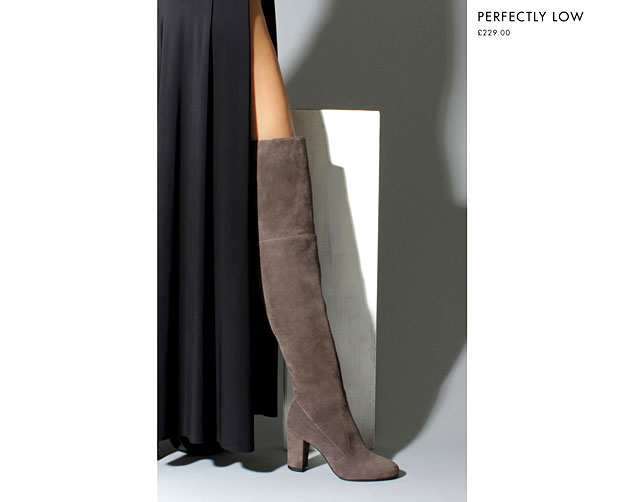