It’s a pretty punishing slog, wandering through Soho in the cold, dark rain at the tail end of winter; charging up a Regents Street choked to a halt by shoppers in search of some kind of cozy respite.

Weaving through promising side streets can often prove surprisingly unrewarding; too chainy, too packed, too glitzy. We found Barrio on Poland Street on such an evening, tired and weary, we were and very hungry, to boot. Tempted by the prospect of a Latino oasis in the humdrum of a mid-week central London, we dove right in.

It’s tricky eating in Soho because it can often feel like a bit of a shake down. The location is so expensive that that trickles down inevitably to the customer: profit margins are so tight that you’re only ever being given…just enough. We didn’t go for the cocktails being more in the mood for some beers, which arrived after a couple of false starts. But our waitress was really very sweet that you’d forgive her the occasional chaos. Plus I got the feeling that maybe we were being uptight Londoners by expecting everything to arrive seamlessly, and that accepting an element of chaos is part of the deal at Barrio. “Relax, everything is taken care of”. I’m totally on board with that, except when I’m thirsty. But I was firmly on board with it after beer number two.

We had some chips and dips and some ‘Calamari de Cuba’  – squid with spicy chipotle chilli mayo to start followed by ‘Baja Fish’ – crispy fried cod taco and ‘Carne Asada’ – marinated beef skirt taco.  They’re little dishes to share and they’re not particularly expensive by Soho standards so it seems silly to complain about the sizes. Both fish dishes were really flavoursome; the accompanying dips were exactly what you want when quaffing beers. I found the beef a little tough but the accompanying salsa verde was nice and fresh.

And then we were done, fed and happy. By then the music was gaining prominence and I got the feeling that’s when Barrio really comes into it’s own, that if we weren’t in stuck up London perhaps the tables would be pushed to the side and the dancing could commence. Or perhaps even on the table – if we weren’t in stuck up London. What wasn’t just nice was the atmosphere which bordered on lovely and that’s no mean feat up the Regents Street neck of the woods.

It can be tough trying to suspend belief for a couple of hours and be transported to the deliciously balmy climes of central America and Barrio really tries. And we enjoyed ourselves once we began to shed our uptight London selves.

Taxi Drivers who refuse to take guide dogs (and their owners) 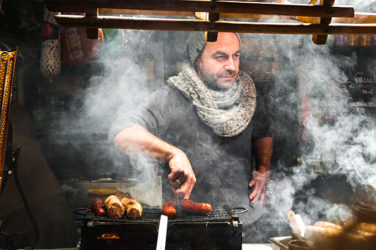 words Al Woods If you are looking to purchase a BBQ smoker to smoke ... 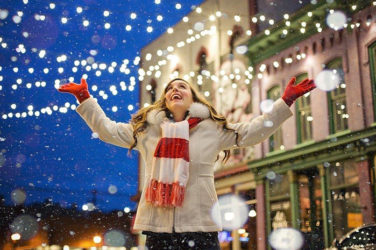