‘What’s in a name?’ Something Lingua Franca has us questioning in this hilarious parody that captures the world of marketing and corporate interests in a whole new way.

William Thacker’s second novel is unlike anything I’ve ever read. It makes you laugh, it makes you think and it certainly makes you reexamine what’s truly important. In a witty and humorous tone, Lingua Franca is one of those novels that uses its charm to show us just how easy it can be to spiral down an unfortunate path when our own beliefs and values are forgotten and lost. 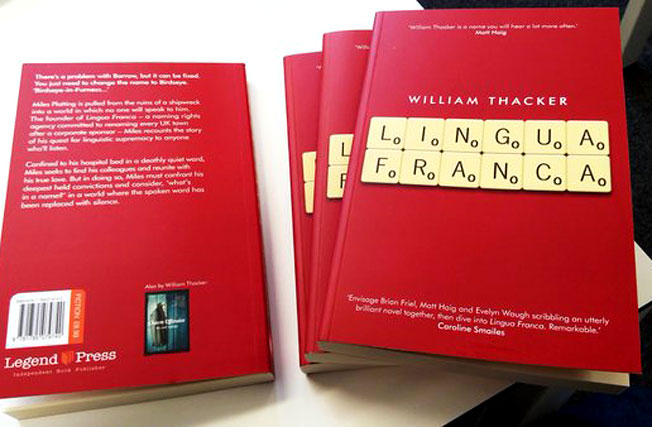 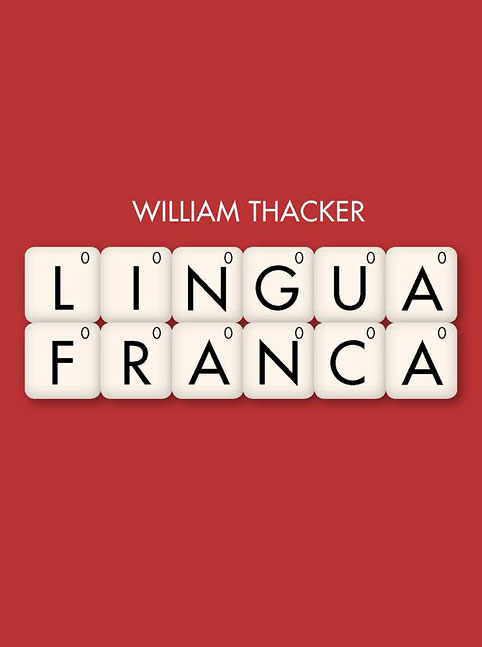 Miles Platting was once a respected English teacher, but now he’s the evil founder of Lingua Franca – a naming rights agency that’s determined to rename every UK town after a corporate sponsor.  Lingua Franca promises them business investments, higher wages – basically more money – and all they have to do is sell their souls to the devil and name their town after a frozen food company. There are towns called AXA and Red Bull, Deutsche Bank, and Milton Keynes is now Stella Artois (home of Miles and his cat Ptolemy), but there’s a turn of events when Barrow-in-Furness gets renamed to Birdseye-in-Furness leaving Miles shipwrecked and thrown into a hospital ward where words don’t seem to exist anymore.

The moment one of his employees commits suicide, Miles really starts to reassess the company he’s created and looks at the bigger picture – was the money and power worth all the sacrifice? Well, his wife Kendal doesn’t think so. Not only is she an English teacher who despises everything that Lingua Franca represents, but she’s also that constant reminder to Miles that he’s a man who has lost his way. No matter how hard Miles tries to convince himself (and the public) that Lingua Franca isn’t the bad guy, he gets the hard-hitting truth when the town finally takes a stand and fights for what’s rightfully theirs.

This is the second novel for the author after Charm Offensive. He’s also co-written the short film, Full Time, which was the winner of the Best Film award at the 2014 Shanghai International Film Festival. Most recently, he’s co-written an upcoming feature-length film entitled Steven – a Morrissey biopic that’s currently in development.  Stay tuned, as this won’t be the last time you hear the name William Thacker (especially if you keep watching Notting Hill).