The Look of Silence film review by Yunhan Fang

The Indonesian anti-communist genocide of 1965-1966, which took the lives of more than 50,000 people, is rarely talked about in either Indonesia or the West. In his 2012 documentary The Act of Killing, director Joshua Oppenheimer met this challenge head on.

The film reenacted the mass killing with some of the original death squad leaders and allowed viewers to enter the uncomfortable inner world of the killers, who performed and fantasised in front of Oppenheimer’s camera; they told their own version of the events, rejecting to face any punishment. 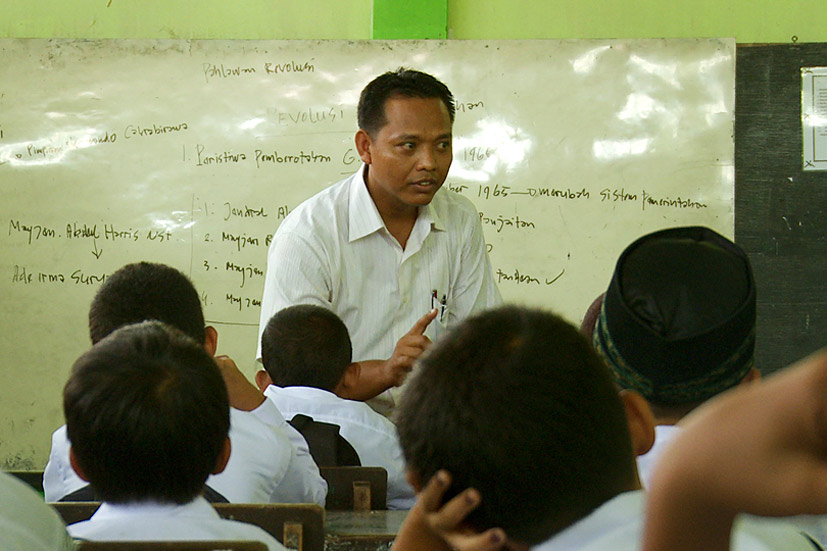 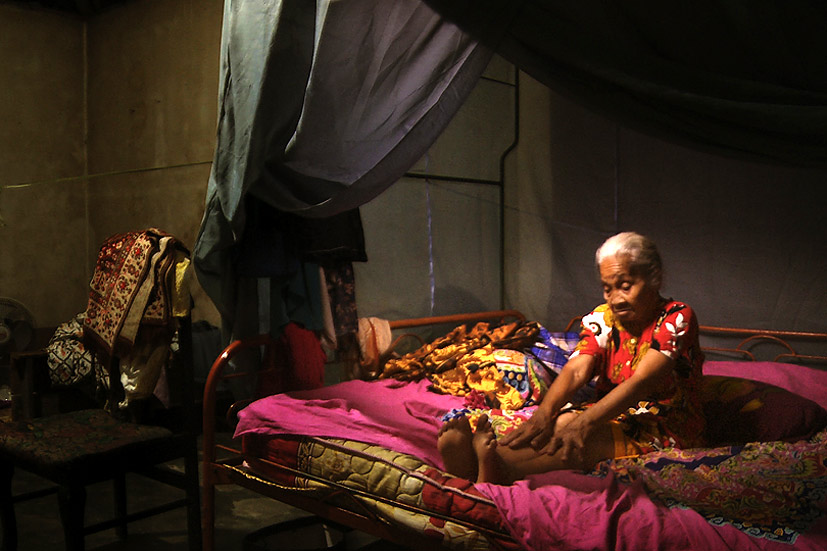 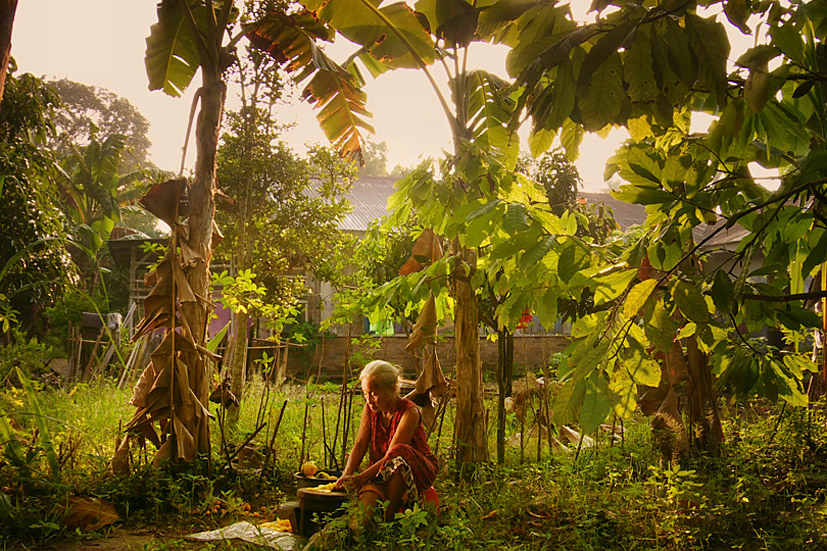 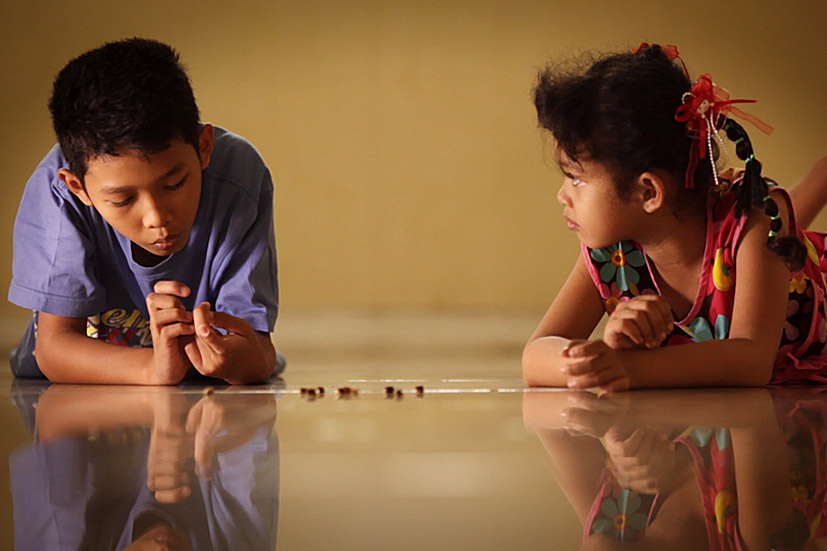 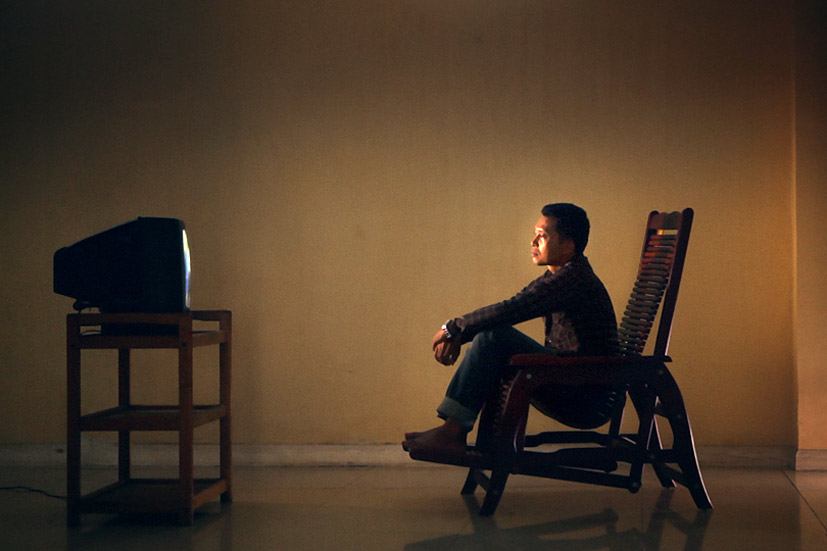 Now three years on, in its sequel The Look of Silence, Oppenheimer brings us back to the tropical North Sumatra village that had been the execution ground and is now home to both the perpetrators and their victim’s families. We meet optometrist Adi Rukun and learn that his brother Ramli was killed and subjected to horrendous violence during the anti-communist genocide. Like other victims’ families, Adi’s parents have lived in painful silence for half a century; the killers have become the dominators, instead of being punished. With the witness of Oppenheimer’s camera, Adi decides to break this silence and confront the perpetrators. The film records the powerful moments of these confrontations. We are shown what it is like to live in fear, and what happens when the unpunished murderers are forced to face their inhumanity.

Compared to the first film, The Look of Silence is more polished and consciously directed. The thoughtful cinematography shows us the beauty of the tropical Indonesian village, a setting that somehow, in its serenity, highlights the cruelty of its violent past. Oppenheimer explains that, to make the audiences maximally empathise with the victims, he chose to record and focus upon a single family. His strategy clearly works. In The Look of Silence, we are introduced to Adi’s next-of-kin – his hundred-year-old parents, his wife and two children. Oppenheimer’s portrayal is intimate. The clear affection between Adi’s parents and the laughter of his mischievous daughter trigger a loving emotion in us, the viewer. However, this sympathy for the victims does not damage the objectivity of the documentary. Oppenheimer was critised by some reviewers for being manipulative in his interactions with the perpetrators in The Act of Killing. This time, according to the director, it was Adi who insisted on confronting the perpetrators. This gives the film its ethical drive and makes it an unusually pure record of what happens when murderers, who are allowed the power to live in the present and ignore the violent acts of their past, are confronted by their reprehensible history and by the victims who, for so long, seemed powerless. It is interesting that, with the simple addition of a camera – the eye of Western viewers – into a situation, unjustified power becomes redundant.

Fear is an obvious theme of the film. The victims’ silence caused by fear is apparent. Adi’s mother keeps telling herself that “the past is past” but still hopes the killers will be punished by God. Adi’s wife worries about the safety of the family after learning that Adi is talking to the murderers. However, the perpetrators’ fear that exists behind the façade of their power and violence is even more interesting. When the perpetrators are showing off their experience of killing, they also mention that they had to drink human blood to avoid losing their minds. Every time Adi discusses his brother Ramli, fear creeps into their faces, and they seem desperate to escape from the conversations. We are also shown how fear is used by the murderers and the rulers in order to manipulate the victims. During the confrontation, the local head of legislature, who was a leader in the massacre, tells Adi to “let it pass” and threatens: “if you keep mentioning the past, sooner or later, it will happen again”.

As with The Act of Killing, it is the impact The Look of Silence will have on real lives in Indonesia that can’t be overstated. The film makes the victims’ voices heard for the first time. More than this, it helps the victims counter the dominant story of the massacre with a story of their own. This is key to Oppenheimer’s project; if the right to speak is only given to the perpetrators, the reality of the past will be forgotten and become, instead, a story of triumph and heroism, rather than murder. Only an open discussion, which has been started by these two films, can begin to provide relief for a society that has suffered from fear for half a century. It is also a needed assertive answer to the murderers’ threats. Talking about history will not take the killings back; on contrary, it is the only way to avoid the tragedy from happening again. As Werner Herzog said to Oppenheimer after the making of The Act of Killing: “…Art doesn’t make a difference, until it does.”

We all know about the massive pace of industrialisation that has been driving China ...