Well what do you know? I had Moby pinned down as that 90s big mainstream dance hits guy but now it turns out he’s a bit of a punk rocker. Kind of makes sense. Shows me why I shouldn’t pigeonhole. He apparently played guitar with Connecticut and NYC hardcore band, The Vatican Commandos.

Anyway, he’s well known as a committed activist on the Vegan front and he’s written and directed a fascinating new documentary ‘Punk Rock Vegan Movie’ which will have its premier and opening night at the 2023 Slamdance Film Festival.

“’PUNK ROCK VEGAN MOVIE’ was created to shine a light on the surprising and inspiring history of punk rock and animal rights, but also to remind people of the importance and desperate urgency of adopting the uncompromising ethics and actions of the original punk rock activists,” said Moby. “After it makes its world premiere at Slamdance, it’s yours. It’s my goal to give the movie away, as I can’t in good conscience try to profit from what is essentially a labour of love and activism.”

Moby tells the story of how punk rock became such a fertile and surprising breeding ground for vegan activism. It’s also a call to action, unapologetically reminding people that in a deeply broken world it’s incumbent upon each of us to stand up and fight intelligently, passionately, and loudly against injustice.

In the spirit of punk rock, Moby will be giving the film away for free following the Slamdance premiere.

Find out more at www.slamdance.com

10 Little-known Things that Can Damage your Skin 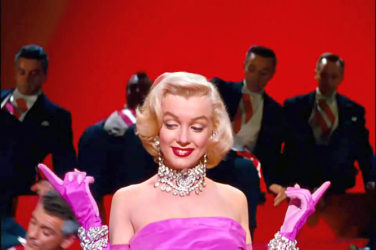