It’s not the teeth of the big bad wolf that Little Red Riding Hood should fear but the sharp crackle of an assault rifle and overhead birds of war; this is Grimm’s well-known fairy tale according to acclaimed Turkish director Reha Erdem. Jin – the name main protagonist as well as the movie – is a PKK guerrilla girl who dons her red hijab in search of a better life away from the mountains. 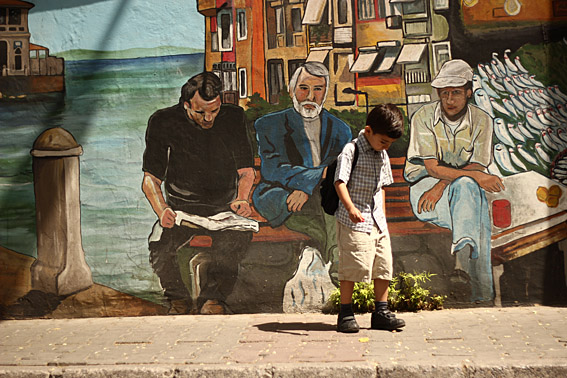 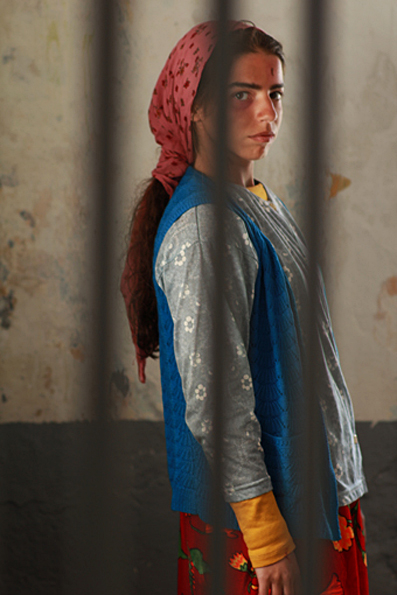 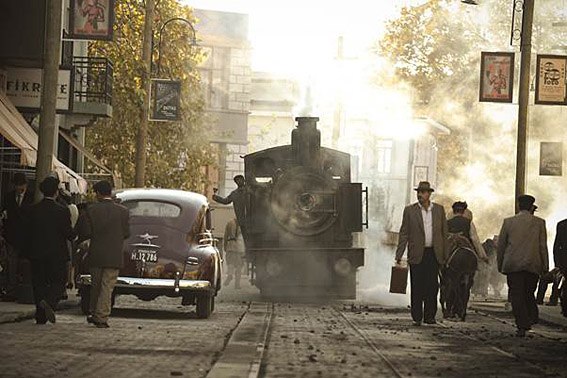 The mountainous eastern borderlands of Turkey is the mythical other place in the psyche of most of its nationals; the breeding ground of terrorist. It is partly because of this that the fantastical parable works, but also because the self-proclaimed far right of the Turkish political establishment use pressed fingers in the shape of a wolf as their hand salute.

Jin’s struggle is one of space – she’s running from the wolf who at every turn has her in the crosshairs of his rifle, and later when Jin makes it down from the mountain, in his sexual gaze. Erdem, who spoke in the Q&A about his frustration at the frequent representation of the “dangerous” patriarchal viewpoint in Turkish mainstream film, is pushing for a new approach to a contentiously charged issue.  Jin is Erdem’s heterotopia: an exploration of the Turkish outback reproduced in a wonderful cinematic gesture of resistance, hope and politico-magic-realism.

Can – winner of a 2012 Sundance Film Festival Special Jury Prize – is another feminist critique of Turkish society, where the woman bears the burden work and the man the burden of not being more masculine. Ayse and Cemal are trying unsuccessfully for a child and decide to adopt, at which point their already stretched lives become more delicate. A mundane beginning treads steadily towards a melodramatic climax. Repetition of beautiful landscapes, interiors and characters serve to mimic the hustle of Istanbul life for an ordinary people. Subtle contrasts of society’s hierarchies and adult lives envelope around the innocent six year old Can (which means “life”), in Rasit Celikezer’s painfully subtle portrayal of lost Turkish childhoods.

Most of the films on show at the 2013 Turkish Film Festival are from leftfield and Nuri Bilge Ceylan influence is to be found in the cinematography, soundtracks and loose plots. Eagerly anticipated Butterfly’s Dream – probably popular because it stars Turkish heartthrob Kıvanç Tatlıtuğ – strays from this trend. It follows two ill poets in their search for love and recognition. Director Yılmaz Erdoğan’s lyrically laced script does little to efface this but the impressive Tatlıtuğ, and the (intentional or unintentional) allusion to the philosophical tradition that holds that writing is a violent process, keeps one’s attention. Butterfly’s Dream is at times a light-hearted and wholly romantic tearjerker. Strong acting makes up for a weak plot, to the extent that the fact the film is set the Black Sea city of Zonguldak during World War II loses most of its relevance.

Serkan Acar’s Love and Revolution has been doing the rounds on the festival scene for a year and appeared in the 2013 London Film Festival after winning a special jury award at the 18th Adana International Golden Boll.  It doesn’t disappoint, especially if what the viewer is seeking is a look at a realistic look at the high ideals (and chain smoking habits) of the university campus communists. There isn’t a much of a main protagonist or villain but there is plenty of cliché and references to Che Guevara.

Tucked in amongst the Turkish language films is director Nihat Seven’s Candle to the Water. English spoken and very much a British affair. Five stories, as diversely titled as ‘Jeremy Bentham’ and ‘Mea Culpa’, are played back to back. Seemingly diverse in their subject matter, each story is tied together by the appearance of a feather at a key moment. Emotional and physical violence steadily erupt against the serene images of various urban landscapes, streets, skylines, and doorways. It’s Norbert Elias’ Civilisatin Process with the undercurrents of the racism, inscribed bodies and gangland of contemporary London.