The Great Escape, the escape from Alcatraz and New York and Toy Story 3’s escape movie narrative are a few of the examples of classic cinematic tales of the escape from the physical space. 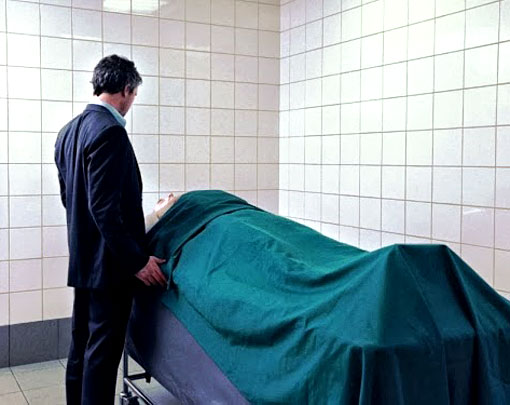 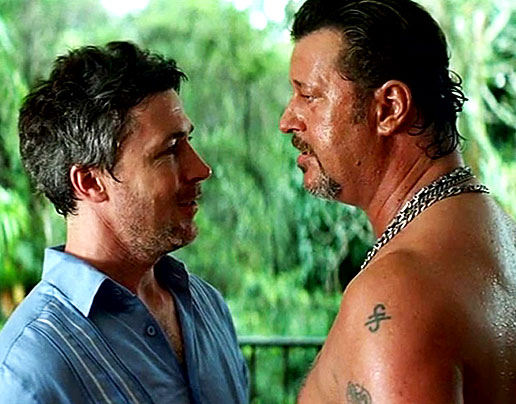 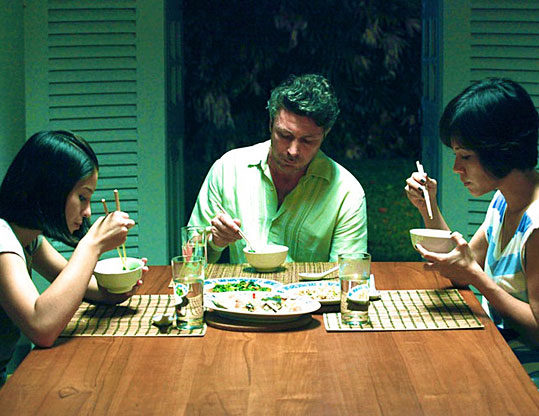 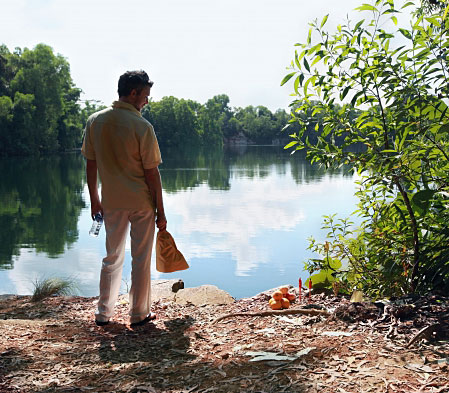 Mister John is the story of the preferential confrontation of the actuality of death as opposed to the wilting metaphysical passages in one’s life. Travelling to Singapore to see the body of his dead brother, Jerry (Aiden Gillen) with a fractured marriage back home finds himself slipping into his brother’s life, forcing him to make a choice between either replacing his brother or returning home to his own family.

Mister John wallows in the aching beauty of tragedy, death and the emotional as well as the physical pain. Lawlor and Molloy thread their tragic escape movie with a musical language, a haunting score that calls to mind Scorsese’s use of Mahler’s darkly tragic Quartet for Piano and Strings in Shutter Island. Mister John’s hauntingly tragic and meditative theme imbues the sound and image with a character that matches Gillen’s meandering uncertainty and despair that seductively engulfs us in the mood of the piece.

Within the film language is a central component of the film. From the words brought to life off the page by the distinct set of voices of Gillen and the cast, to the language of the sauntering images that pass us by with a leisurely pace and not to forget the musical language that is the central thread.

A slow meditative film of the leisurely dramatic variety, it invites us onto the dance floor for a slow and intimate dance, but by surrendering oneself to the sense of feeling it conjures up, Mister John is a film that gets under the skin.

With shades of Antonioni’s voyeuristic and observant approach Mister John petitions us to interact and feel in order to understand or appreciate the emotional journey at the heart of the story. But in one disconcerting moment Gillen appears to break the fourth wall, staring through the screen directly at us. It is an uneasy moment – the voyeur caught in the act.

Throughout Lawlor and Molloy make compromises that bring about a second meeting point between. Whilst they offer us what we expect, the predictable events are either delayed or or detoured therein merging the predictable with the unpredictable.

Paraphrasing an observation of Lauren Bacall’s which has faded but has remained in the back of my mind, many years ago she suggested that it is only possible to be content. Well this was the gist of her point. Aiden Gillen’s Jerry explores such a cynical sentiment as this, he and his wife crippled by what one suspects was a sense of contentment before discovering they were one step away from misery.

The Philippine space filled with life – water, foliage, human interaction, is only a mirage conjured up by Lawlor and Molloy, beneath which lies an emotional desert offering a reflection on the familial. Within the family dynamic there are those such as his brother and sister in law who only need to be a presence he can sense. His grave mistake is his inability to differentiate his wife as someone who requires emotional and physical attention and affection; a presence to sense a coffin in which their marriage will be buried.

Is Mister John a stroll across this emotional desert or a walkabout where resolution is a dream; Jerry still caught in the spider’s web of life and death? Whilst we can escape the physical space, the emotional fortress is another matter; impregnable and one that taints any impression of the escape from a physical space.

One question we are not left to wander is the impression Gillen leaves us with, delivering a graceful and nuanced performance that singles him out as one of the greatest actors working in film today.

Mister John is available to own on DVD and Blu-Ray now courtesy of Artificial Eye.