Recorded as a live performance (on the 12th of June 2012 at Hannah Barry Gallery, London), the album consists of readings from a selection of Home’s many novels including, ‘Down & Out in Shoreditch and Hoxton’, ‘69 Things to do with a Dead Princess’, and ‘Blood Rites of the Bourgeoisie’.

Home opens with one of the 100 word paragraphs that make up the entirety of the unconventional ‘Down & Out In Shoreditch and Hoxton’ before moving into ‘Dish Bananas Black’ the first of six of his lesser-known and understated poems. A hilarious extract taken from one of his more recent books, ‘Blood Rites of the Bourgeoisie’ relates a list of who’s who in the art world to spam emails selling penis enlargers, all whilst standing on his head. Side A closes with ‘Book Shredding’, a strange amalgamation that combines an experimental art performance of Home shredding copies of his own books whilst ironically making observational comments about modern art.

Side B features a studio-based recording of ‘Cunt Lickers Anonymous’. A satire based around the tedious world of middle class contemporary and literary artists of the 1990s. Although originally published in 1996 it loses none of its importance and angst towards pretentious high profile writers and media figures.

Absurd, crude and comical extracts are showcased in typical Stewart Home fashion offering an intelligent analysis and perspective on contemporary culture from one of Britain’s most prolific and controversial literary figures. Known for baffling critics and audiences with his non-narrative books and experimental art, ‘Proletarian Post-Modernism’ is a much more cohesive piece of work, playing like a beginners guide to Stuart Home.

Stewart Home’s ‘Proletarian Post-Modernism’ is out 23 November when will be a launch at The Test Centre. 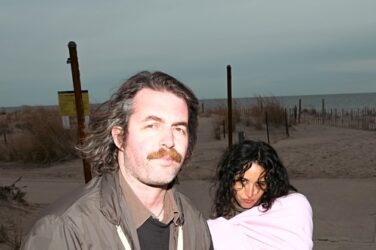 Pure Adult – An anguished snarl of angry noise from Brooklyn

words Edward Harrington Somewhere from the silence of eerie suburbia, a noise is building… ...

by Richard Unwin Ever since the surprising turn of following the bold, guitar-led rock ...