This is a warm slab of dark, funked up rock from The Heavy that sets your heart a racing with its doomed beats that hit you straight between the temples.

The Heavy song ‘Can’t Play Dead’ is from the band’s long awaited new full length album ‘The Glorious Dead’ and is out in time for the witching time of year. Halloween is a suitable backdrop for this track with its horror dripped atmosphere and grinding chords.

The video comes over a like low rent Tim Burton film with some grotesque pastime models acting out some satanic rites whilst the band themselves models sing out their hearts over the driving melody and crunching guitars.

The band is hoping to build on recent success including some massive exposure in the US with appearances on The Late Show with David Letterman and The Late Late Show.  The Heavy have just returned from a month long full-on tour of the States showcasing the new album as well as their renowned back catalogue. Their huge recent success can be put down largely to the massive response to the huge hit ‘How You Like Me Now?’ a track that led to an appearance on the US version of The Voice and achieved a staggering 500,000 downloads and still counting.

“That was surreal,” says Taylor. “It’s taken on legs of its own. I can’t complain, but I wouldn’t want to be known for one song – it’s not our peak.” “It’s such a big tune, people ask, ‘How are you going to top that?’,” Swaby adds. “But we’re not going to lie down and play dead.”

It’s great to see them doing so well. They’ve always done things their own way and we liked what they were doing and covered them way back in the early days. The new album is a heady mix of influences from hip-hop to blues and funk cut through with some heartfelt soul and grizzled rock.

“We wanted to make a bold statement – it’s not shy, but a beast unto itself.” “It’s over the top, but in a good way,” adds charismatic Heavy frontman Kelvin Swaby. “With this record, we went pretty cinematic: we basically set out to score a film that hasn’t been written.”

‘The Glorious Dead’ album is available now from all good outlets both high street and online. See more at theheavy.co.uk 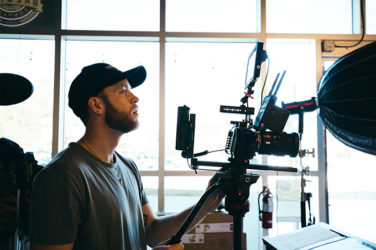 How to avoid copyright issues in music production

words Al Woods Getting into the music industry can be quite brutal. At first, ...

Summer is upon us. With it the debut long player from London duo Gum ...