After Black Dog Publishing’s Tea & Cake London and Meat London: An Insider’s Guide, Simon Majumdar of Dos Hermanos and The Next Iron Chef fame has tackled the next chapter of British food: the fish & chip shop.

Majumdar sets out to explore this distinctly British dining with humour, detail, and most importantly, an eye for the chippie traditions in A Guide to London’s Classic Cafes & Fish and Chip Shops. 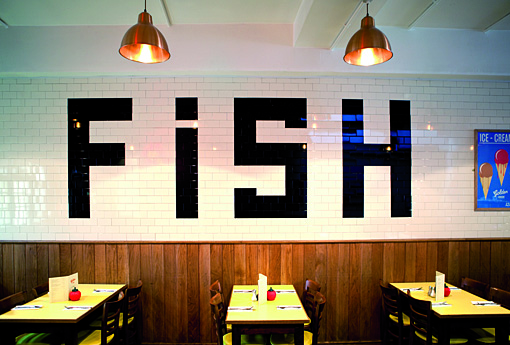 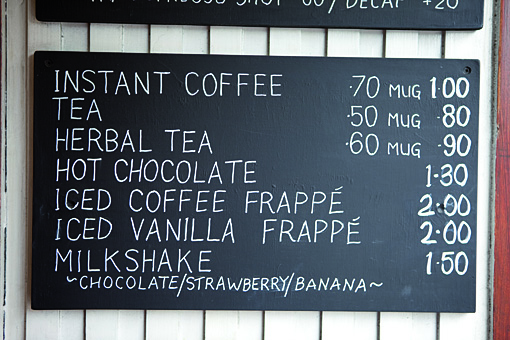 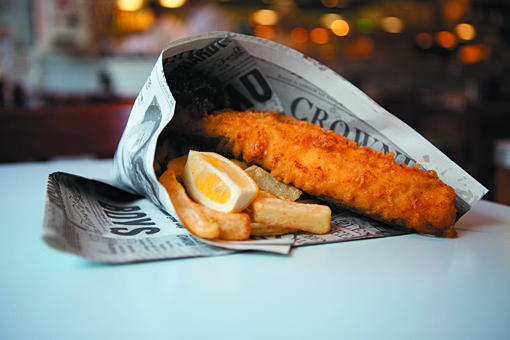 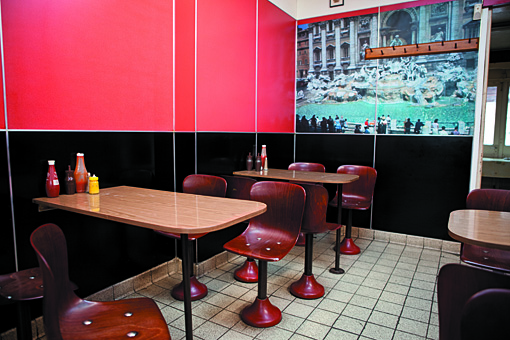 I think we can all unanimously agree that fish & chips to English people is not simply meal; it’s an institution. When Italian friends of mine met me in London’s Borough Market, did they want to sample the fresh produce or the bubbling paellas and curries sitting in vast pans? No! It was imperative they got fish & chips because that is simply what one eats in England. As Majumdar explains in the guide’s introduction, by the start of the twentieth century England was peppered with over 25,000 chippies; with figures like that little more needs to be said regarding our nation’s penchant for battered fish.

With such a vast number of establishments to tackle in the capital alone, Majumdar manages to narrow his selection down to a succinct few choices, divided into the North/South/East/West sections of London. There are a few familiar names such as Bethnal Green’s E. Pellicci, Soho’s Bar Italia, and Waterloo-based Masters Super Fish to entice those new to the London chippie scene. However, in keeping with a celebration of locality, Majumdar includes some lesser known haunts such as Marie’s Cafe hidden at Waterloo, which incidentally doubles as a Thai restaurant, and West Hampstead’s kosher Nautilus, a local favourite.

One of the guide’s key qualities in its exploration of all cafes is that it not only focuses upon the gourmet end of the spectrum but also cheerfully roots out the ultimate greasy spoons that have resisted that “dreaded gentrification”. On one page you’ll find the ‘Dickensian’ Sorrento Snack Bar nestled in Bloomsbury, with its blacked painted Victorian frontage and dark wooden tables. The following page praises its greasy spoon neighbour, the Fryers Delight, with its primary-coloured interior fresh from the Sixties. Majumdar sings their equal praises despite their polar differences, noting good value for money when he finds it and praising portion sizes and friendly staff. The guide is open for anyone, be it those seeking the best of ethically sourced fish to students with spare change on a night out. A glossary at the back explains the vernaculars such as ‘brew’ and ‘caff’, making it more accessible to tourists or slightly mystified Americans.

Each establishment has a brief paragraph dedicated to it, usually overviewing the detailed history of the place that frequently stretches back to the late nineteenth century. More often than not the businesses are family-owned and have a following of loyal locals, which reinforces the image of the traditional British ‘caff’ withstanding the tides of change, becoming bastions of Englishness. Descriptions are short and sweet enough to whet the appetite and surprisingly never feel repetitive, though this most likely reflects the vast variety of cafes Majumdar digs up. Accompanying the descriptions are the stylish photographs of Leonardo Collina, which not only capture the essence of the establishments but also evoke a certain retro charm. Notably, there is no gourmet pretention here, and certainly no room for peckish haute cuisine. Instead Majumdar celebrates the traditional aspects we come to expect when we visit a chippie – size, price and presence of faux-wood panelling.

In the guide’s prologue, written by Black Dog editor Phoebe Stubbs, the Britishness so beloved in the guide is described as ‘a feeling of homeliness, even a steadfast sameness’. Homeliness and sameness is staple to the guide. Never before have I read anything infused with such love for the English classics, as gravy boats, fifty-year-old Gaggia machines and jam rolls slathered in custard are highlighted in each establishment. Whilst not exactly revolutionary cuisine – we won’t be seeing any of Blumenthal here – there’s something somewhat refreshing about a celebration of faux-wooden booths, plastic neon signs and bread pudding. In light of the Olympics and the Royal Wedding the nation has seen a peak in patriotism, and an alarming emergence of bunting and Union Jacks. Whilst chippies and greasy spoons have been around for over a century, Majumdar’s Guide to London’s Classic Cafes and Fish & Chip Shops is certainly prudent in its timing. It has been a year for celebrating Englishness, and nothing suits us better than nostalgia deep-fried in batter. 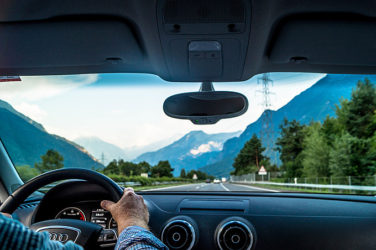 5 Tips to Help You Enjoy an Economical Car Ownership

words Alexa Wang “With slight changes in the way you maintain your car, you ...

Could cannabis supplements help your pets?

Could cannabis supplements help your pets? – words Al Woods When a pet becomes ... 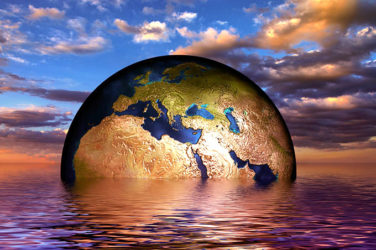 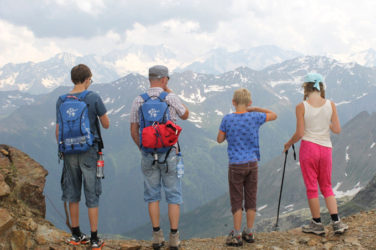