In the Jewish faith for eleven months after a person dies the mourner’s Kaddish is recited for them. The prayer is a sanctification of God’s name, a statement of rock solid belief spoken at a moment of intense emotional and personal crisis. “May His great Name be blessed for ever and ever. Blessed, praised, glorified, exalted.”  Powerful lines, which never once, despite their purpose, mention the word “death”. Instead they are the reconfirmation of a faith shaken by bereavement.

The same whole hearted trust in divinity in the face of tragedy can be seen in the word “Holocaust” the term used to describe the systematic murder of six million human beings by Nazi Germany during World War Two. The word is derived from the Hebrew “olah” which means to “go up” originating from the days of the first Temple in Jerusalem, when a dove would be sacrificed twice daily, and burnt, the smoke “going up” to God in heaven.

Every Holocaust Remembrance Day, which is marked in Israel on the Fast of the Tenth of Tevet, Kaddish is said for those who died in the concentration camps. More specifically the communal recitation of the Kaddish prayer represents the Jewish faith’s undimmed belief in God, despite the persecution that has befallen the Jewish people in their attempts to express that faith throughout human history.

Holocaust Day in the UK is marked on the 27th of January, the anniversary of the liberation of Auschwitz, and acts as both a warning and a reminder of what the human race can be capable of at its most tyrannical. The Imperial War Museum North, based in Salford in a building formed from three imagined shards of a shattered earth designed by Daniel Libeskind, himself the child of Holocaust survivors, marked this years Holocaust Day with the launch of a long running exhibition on the subject.

The display at Imperial War Museum North focuses on the individual stories of those who lived through the horror. One such story belonging to Sam Pivnick, who found himself interned in the infamous Auschwitz-Birkenau death camp. Now in his late eighties, he still has the row of tattooed blue numbers on his left arm that once marked him out as a condemned man.

He was, to the extent that a person in such circumstances can be so, lucky, he was not sent immediately to his death in the gas chambers on arrival like so many others, but was instead assigned to a “cleaning squad” whose job it was to remove the bodies of those who had died in the squalid wooden carriages, designed for cattle, on route to the camps.

The belt that he wore during his time in such a horrendous place can be seen amid the exhibits, placed not far away from a Union Jack badge kept by one inmate, a reminder of the hope this country has offered to those in need, and how the nation should never close it’s doors to those who are denied the chance to live in peace elsewhere.

The centrepiece of the exhibition is a specially commissioned art-work by Manchester based artist Chava Rosenzweig. The work considers how the legacy of the Holocaust continues to shape the lives of second and third generation Holocaust survivors and is the latest addition to the museum’s Artist’s Reactions series, which asks artists to produce a response to Libeskind’s building and its contents.

Titled “A Star Shall Stride” the piece is comprised of hundreds of porcelain stars fired in a gas kiln, individual Stars of David, each one unique, and placed upon an elongated black background, creating a large plume, speckled with golden stars, stretching towards heaven. The work is, in its own way, a personal, secular, Kaddish, one of the stars bearing the Auschwitz camp identity number which once belonged to Rosenzweig’s grandmother.

The notion of a personal, or even secular Kaddish is not new. Allen Ginsberg, the American poet, wrote “Kaddish for Naomi Ginsberg (1894-1956)” in 1959 for his mother.

“Strange now to think of you, gone without corsets & eyes, while I walk on the sunny pavement of Greenwich Village.

It is a mournful piece, but it also questions the poet’s failure to stay faithful to Judaism and is a rumination on death, both elements that are not found in the traditional Kaddish.

Leonard Bernstein also produced his own Kaddish, his Symphony No.3, which is known as the Kaddish symphony. Controversial in its day the piece is a direct and dramatic response to the Holocaust, made even more pertinent in recent years by the reworking of the narration that runs through the work, written by Holocaust survivor Samuel Pisar.

Originally the narration was read by a woman, who in the text, which is set to Bernstein’s music, declares the piece to be a Kaddish said by humanity for an absent God. “Oh my Father, ancient, hallowed, lonely, disappointed Father,”  she says, “betrayed, rejected ruler of the universe, I will say this final Kaddish for you.”

Pisar, a writer and international lawyer, in his early teenage years saw his parents and sister murdered by the Nazis, himself surviving not just one death camp, but three, Majdanek, Auschwitz and Dachau, before finally escaping during a death march. He was asked to rewrite the Kaddish text by Bernstein who was unsatisfied by the original words which he had penned himself.

The new version, like Bernstein’s original, bears little allegiance to those pious lines spoken in Temple. Instead Pisar speaks of “The Auschwitz number engraved on my arm,” which reminds him everyday of the slaughter. “And today, Father, I remind You,” he adds before he describes the condemned heading towards the gas chambers with nothing but “Your name on their lips.”

The narration in both Bernstein and Pisar’s text does end with God and humanity coming to a mutual acceptance of the need for a concurrent existence, but Pisar goes on to list all the riches he has found in life, from family to knowledge, despite enduring the kind or horror, early in life, that one can never really recover from. “Above all Father, you blessed me with a new and happy family,” he says, “with children and grandchildren whose sparkling faces and sterling characters resurrect everyday the memories of those I have lost. One day they will say Kaddish for me.”

The music does not end in peaceful resolution in either version though, instead the piece ends with a loud and piercingly frightening dissonant chord, suggesting that true peace will always be elusive.

Pisar is not as pessimistic, at peace with his God and grateful for the life he has led, his hope proves to us that if he can forgive, then anyone can. He ends this “fervent prayer of hope”, Pisar’s own personal Kaddish, with the words “Bond with us again Lord, guide us towards reconciliation, tolerance, brotherhood and peace, on this small, divided, fragile planet. Our common home. Amen. Amen. Amen.” 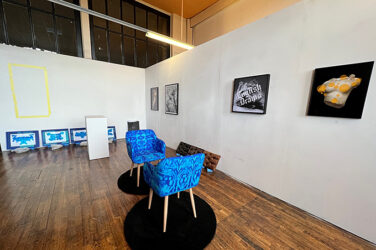