Unsimulated sex has become the measure of cultural authenticity over the past 12 months.

When it comes to consumer culture, “Can I fap to that?” is the first question this generation wants to know, while ‘real sex’ has been used to sell everything from books (50 Shades & 50 million call girl exposes) to films (Nymphomaniac Vols 1&2) to fashion (Terry Richardson playing chicken with American Apparel).

But this is sex still mediated by image and text? Leave it to art to pursue an idea to the nth degree. The time is now, the place is London.

Next month sees not one but two rival XXX-rated performances in the art world’s epicentre. On 1st of April at an undisclosed location, London art student Clayton Pettet will lose his cherry in front of a live studio audience. The same night at yet another secret venue, fellow artist John Bingham can be found being spit roasted by two gallery assistants.

Last November, Pettet announced his intention to have sex for the first time in the name of art. An intimate affair involving his boyfriend and a cosy audience of 150, Art School Stole My Virginity was originally planned for the night before Valentine’s Day. Probably due to legal reasons, it has since skipped date and venue like an ADHD Queen on the chessboard of the London gallery scene.

Adding intrigue to outrage, last week a former acquaintance of Pettet’s claimed that all this was originally his idea. Wimbledon undergrad John Bingham met Pettet back in Camberwell College and allegedly discussed the possibility of mixing sex and art in the most literal way possible. In the wake of Pettet’s powerhouse publicity, Bingham has organised a rival show to take place on the same night, featuring not one but two other performers. Seeing Pettet’s bid of Art School Stole My Virginity, Bingham raises him an Art School Stole My Sexuality. It’s a tense game of one-upmanship that tests the boundaries of taste, law, and sexual stamina.

At the bottom of our collective uncomfortability with such unadulterated doses of reality is the question of abuse: Is exploitation ok if you’re doing it to yourself? For beneath all their savvy salaciousness, there’s a certain naivety at play, which makes us worry as watchers. Ours is a youth who often forgets that online admissions (from threatening tweets to vaginal Vine videos) are accessible to more people than we will ever meet in reality. Also at stake is the question of integrity: Do we have here a couple of April Fools, or a pair of art-is-life pioneers?

There’s only one way to find out. Pushing through the steaming dung of tabloid moral panic, I sought out the horses’ mouths; but while Clayton is proving difficult to pin down, far more forthcoming is his rival-in-ribaldry, John Bingham. Earlier this week, I gave him a light grilling and found him fun, snarky, and refreshingly honest:

Hi John. Artists who use sex as a medium are usually called either brave or stupid. Which one are you?

JB: Definitely both. Actually, call me brave for such an outrageous idea for a performance in the first place and call Clayton stupid for loosing [sic] his virginity in front of the world. It’s hardly going to be nice. Really? He still has his virginity? Ahem.

Flux: Is the attention you are getting something you embrace or reject? Are you interested in being a celebrity artist?

JB: I’ve learnt that sex certainly sells! Celebrity would be too stressful, I don’t just have sex, and I also draw, paint and sculpt. I’ve already received a death threat, presumably from one of Clayton’s die-hard fans. I firmly reject.

Flux: It’s brave to take a purely submissive role in the performance; sex is power and in particular male sexuality is based on having power over another person. Will it be a difficult and unpleasant experience to relinquish your power?

JB: It will indeed and if I’m strong enough to go through with it, I’ll literally be fucked by the art world.

Flux: What is it about sexuality and maleness that you find problematic?

JB: When you realise everyone wants to fuck you.

Flux: You will be performing the most intimate of acts in front of strangers, lovers, friends and family. What if nerves will get the better of you & does it matter if they do? Do you expect anyone to be able to come?

JB: It’s going to be hell. We’ll all come. And we’ll save some for Clayton.

Flux: For me, the most shocking aspect is that your parents will be at the show, and you will be filming their reactions. This challenges a much deeper taboo than merely fucking in public. Do they support your work and was getting them to watch always part of your plan?

JB: A similar performer desperately wanted his parents to watch him. Mine will probably choose not to watch mine but they’ll comment on my work I’m sure.

Flux: What kind of audience reaction are you expecting?

JB: “Wow, he just got fucked by the art world. Give him a solo show and buy all his paintings”.

Flux: Is this kind of performance legal?

JB: It’ll be controlled, so yes. I did think about doing it outside The Orange Dot Gallery. But that’d arouse Jeff Boardman a little too much.

JB: I am exploiting myself in the name of art.

Flux: If the foreskin symbolises sexual repression, why not just get circumcised?

Flux: How difficult was it to secure a venue and backing (financial or otherwise) for this performance?

JB: Mention sex and everyone jumps on board. Money for the project has come from people who have bought my work in the past. No shortage of money in the art world.

Flux: You’ve used autobiographical and confessional elements in your work before (e.g. the Rejection show). Live sex is on a whole different level. How does this fit into your wider practice and where will you go from here?

JB: Yes, the rejection show was fun. With the rejection painting, I was able to give a big “Fuck you” to Goldsmiths and other universities that didn’t offer me a place. Their application processes are a joke. The performance is on a whole different level, I’m questioning it lots. Is it too far? Does it just become tacky? From here I will continue with drawing, painting and sculptural installations. Performance wise I’d like to do a performance about hunger and poverty within London. A lot of people don’t realise how many people in this city are going hungry. People need to know the facts and act. So a starvation performance could happen next.

Flux: What are your main influences for the piece?

Flux: Which contemporary artists do you rate?

Flux: What is the future for the London art scene after yours and Clayton’s performances?

JB: I’m calling for art students to be outrageous, cause some controversy and get people talking about art again. I want to see some interesting thought provoking shows.

Flux: Aside from the issue of plagiarism and intellectual property, what is your opinion of Clayton’s piece?

JB: I think his virginity is a gimmick and that he’s a dick for trying to ‘loose it’ [sic] in front of 100 people.  I’m not saying he stole any of my ideas, I’m saying what he is doing is not original because variations have been done before and will be done again.

Flux: Have you spoken to Clayton recently?

JB: We’ve been in touch via Facebook for a while. He’s not a happy bunny. Who the fuck is he to tell me what work I should and shouldn’t be making.

Flux: You seem remarkably self-assured about all this: ‘This will live with me as I age.’ What do you expect to be the long-term consequences of your work?

JB: I had help with my statement, I’m not delusional, just a shit writer. The consequences could be disastrous.

Flux: Have you considered that the performance might prove traumatic for you and/or your family? Have you put any precautions in place?

JB: I have precautions. If I can’t do it – we’re running to Clayton’s and we’ll make some improvements to his format.

Flux: Have you invited any of your art tutors to the show?

JB: I told a few people about it. I told my ex tutor at City & Guilds and she pissed herself. My current tutors at Wimbledon won’t be getting an invite. If I do the performance as part of my degree show, they’ll see it then.

Flux: Will you ‘rehearse’ the performance before you do it in front of an audience?

Flux: You describe the other performers as ‘cast members’. Are they collaborators, employees or props? And where is the boundary between acting and reality in your performance?

JB: It’s scripted reality, down to the last moan. It’s real and I’ve planned what I’m doing. I guess you could call the cast members ‘props’. I’ll be the artwork and they’ll be helping to make me. An assistant and a dealer to sell me on.

Flux: How did you recruit the other two people & what’s in it for them?

JB: One has a great vagina and one has lots of money. They both love art.

Flux: And finally, how will the show be documented?

JB: I’ll be making an installation afterwards and I’m sure the press will help to document.

I’m sure they will. I’ll be down the front, feeling like I probably shouldn’t be there but like I’d be missing out if I wasn’t. If the only value of this work is to make you feel unease, that’s a powerful thing.

And I leave you with one final question: If sex(uality) or innocence is the object, who’s doing the stealing: the art school ‘regime’ or these two media-savvy students?

Did Art School steal our innocence? – Interview and feature by Vienna Famous 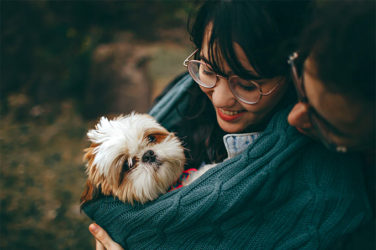 How to be a responsible dog owner in 8 ways

words Alexa Wang Caring for a pet can be both exhausting and rewarding. Dogs, ...