A new solo exhibition by Mary Griffiths recently opened at Bureau Gallery in Manchester. Established in 2006, Bureau is co-directed by Sophia Crilly and Mark Kennard, themselves both practicing artists.

As a commercial gallery based in Manchester, the directors recognise the challenges posed by working in a city known for its music rather than its contemporary visual arts. But, for some artists like Mary Griffiths, working as a Manchester artist and curator has proven beneficial. 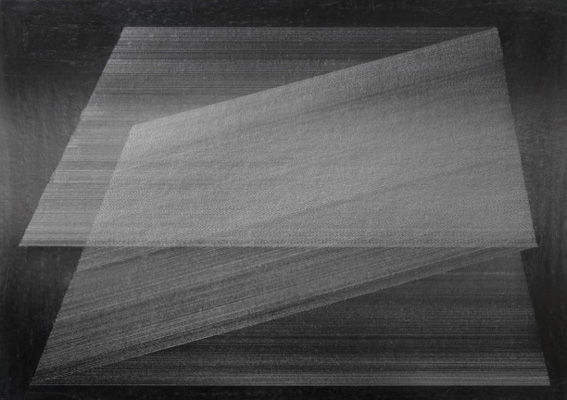 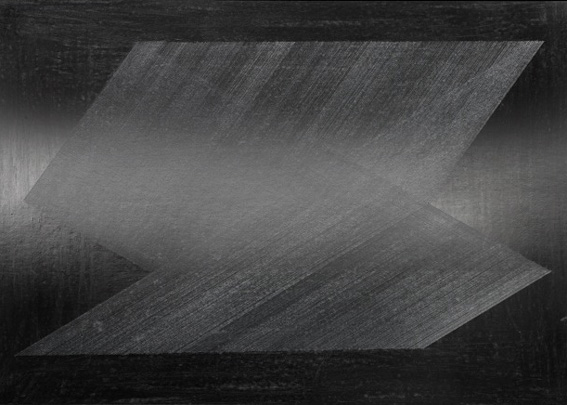 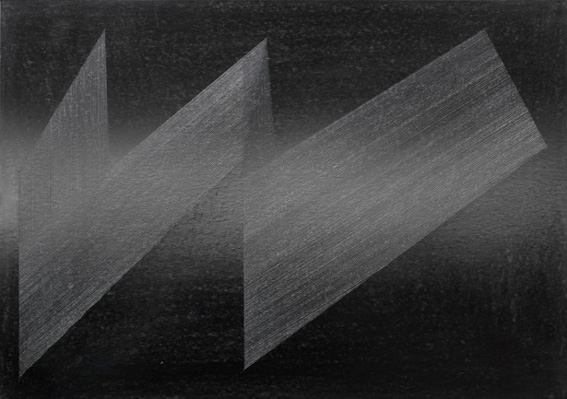 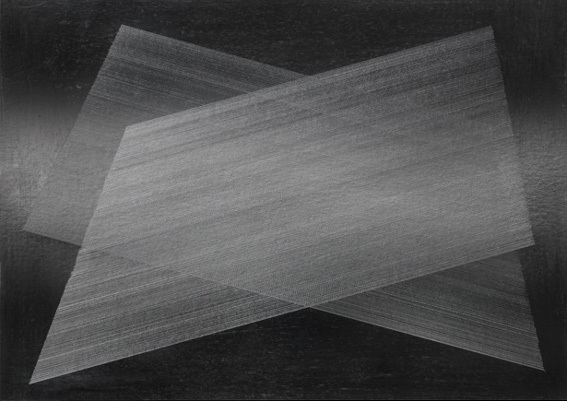 After ten years of knowing Griffiths, Kennard remarked that it was an organic decision for the gallery to represent her work. As an artist whose practice is primarily drawing, this follows suit with the strong tradition of drawing artists that the gallery represents, although that was not their initial intention. Instead, it developed organically, as Bureau also represents an experimental filmmaker and photographer alongside more traditional artists.

Bureau’s current exhibition ‘Fathom’ displays a series of framed black and white drawings in addition to a massive wall drawing which was made in response to the gallery’s environment. Griffiths’ practice began with figurative drawing and has evolved into more abstract drawings since around 2008. Each of her works on A4 paper takes several weeks to finish, considering she works full-time at the Whitworth Art Gallery as Curator of Modern Art. By scratching into the surface of each work, Griffiths produces compositions which recall the architectural and defy traditional two-dimensional restraints proposed by the medium.

For Griffiths, working as an artist and curator in the North West was a natural fit. She said, ‘Manchester and the North West are very much my home and the place that I work in. I’ve lived in the city since 1987, so I clearly think that it’s a good place to be. Manchester has shaped who I am and the art I make. There is a good community of artists and galleries and much work being made, a lot of it excellent. People like Pavel Buchler and Ian Rawlinson have had a great influence over my work, and the exhibitions put on by the galleries and the Manchester International Festival have brought brilliant artists to the city.’

Regarding the overlap between her curatorial and artistic practices, Griffiths’ understands well that ‘one of the most important things for an artist is to look at the works of others. Working as a curator with collections for many years has given me close daily contact with art made by many of the great artists of earlier centuries, and contemporary work too’.

Next month, one of Griffiths’ drawings from the show at Bureau will be featured in Drawing Paper, a publication produced by an artist and designer in Liverpool, Mike Karney and Jon Barraclough. Her works will be featured in an exhibition this November at Plataforma Revolver Gallery in Lisbon.

Wylde for it – Musings on Thomas Wylde label – Fashion Article 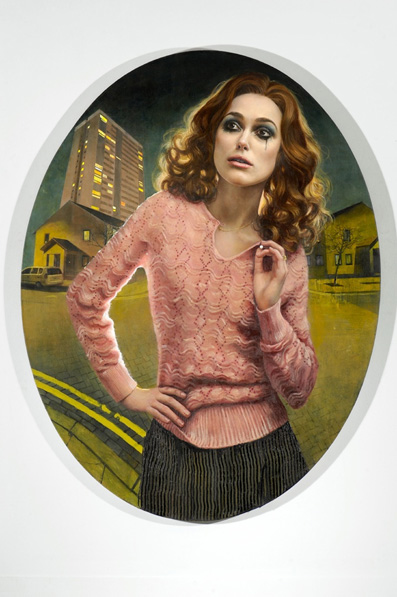 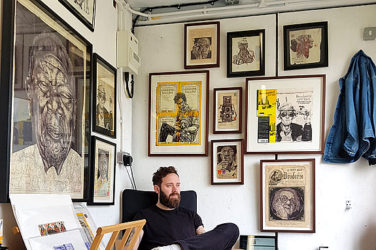 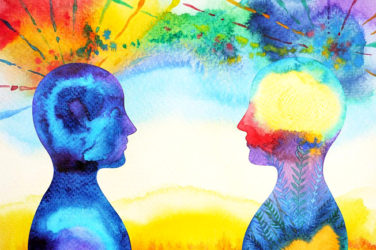