Vast temples, sprawling jungles…and huge crowds. Cambodia has long been one of south east Asia’s most popular destinations, with Angkor Wat alone drawing millions of tourists. Yet with travel still curtailed by ongoing COVID-19 restrictions in China, Cambodia’s sublime wonders-in-the-jungle remain quieter than they have been for decades. Abi Blasi took a solo trip, arranged by Wix Squared, specialits in bespoke trips, and experienced all the captivation without the crowds.

Arriving at Siem Reap, I’m met by Silen Truy, my female guide. Our first stop is Siem Reap’s riverfront, eco-friendly, greenery-filled Jaya House River Park, featuring two tropical-fringed courtyards, each with an outdoor pool. The suites are made for made for languorous days: balconies overlooking the water, high ceilings, and a graceful tropical style scented by jasmine oil. As we step in from the dusty street, the staff hand us cold fresh towels. Cambodian hospitality is as lovely as ever.

So are its temples. Ta Prohm, the jungle temple at Angkor Wat, is now almost indistinguishable on its tangle of roots, creepers and strangler figs. Silen and I are the only visitors, like explorers discovering it for the first time. Since its appearance in Tomb Raider in 2001, it’s nearly always mobbed. Maybe it’s because we’re alone, but Silen spooks me: she points out a face peered out from the knot of a root, like a spirit trapped in a tree. At the nearby Bayon Temple, there are just a few monks for company, their robes blazing like chrysanthanums against the weathered granite.

I get up in the dark to see see Angkor Wat at dawn, waiting for the sun to rise. Only a smattering of sightseers have made it here, tripods at the ready. ‘Usually there are hundreds’, Silen whispers to me, as we wait for the domes of the temple to sharpen in the peach-tinged light, reflected in the pond in front of us.

There’s more to Cambodia than the major sights. Wix’s itinerary took me to see a much more modern wonder: desert rats, trained by the charity APOPO, which sniff out landmines. The explosives still haunt the Cambodian countryside, and I’m fascinated by this very innovative yet traditional solution.

Later, we visit Phare Circus. Their acrobats and musicians are graduates of the Phare Circus School for disadvantaged children, giving youngsters a chance to take centre stage. Open-mouthed, we watch their gasp-inducing skills, won over with the rest of the big-top audience by their courage, creativity, and sheer heart.

In Phnom Penh, Wix arranged for me to stay at the Rosewood Phnom Penh, a glittering skyscraper that’s a world away from the laidback feel of Siem Reap. Models drift out of the lifts, fresh off the catwalk at Phnom Penh fashion week. At Cuts, the hotel’s high-end, high-rise steakhouse, we gaze at shimmering views across the city on all sides, feeling like we’ve made it. In the tasting room, you can sample some of the 3000 labels selected by the hotel’s star sommelier Eden Gnean, while soaking in the views of the city.

Phnom Penh’s food scene is buzzing. Wix’s itinerary took me on a culinary journey through the zingy, the beautiful, and the incredible at Sombok: smoked Japanese scallops, salmon passion fruit coulis, crispy frangipani flowers, drizzled with coconut oil. This is fine-dining Khmer cuisine, served under the stewardship of its two female chefs, the Kimsan Twins, and their all-female team.

Given that Singapore Airlines is the most direct way to reach Cambodia from London, a stopover in Singapore is a must. At Hotel Naumi, a boutique hotel in the city centre, I see a different side to Singapore. The glass and metal towers that dominate the city are only a few streets across, and yet they feel a whole world away. The surrounding streets are lined with colonnades and traditional architecture, with hole-in-the-wall restaurants and small shops.

As I wander through the nearby Muslim district, around Singapore’s central mosque, the call to prayer echoing through the brightly coloured narrow streets, full of small bars and boutiques selling clothes, silks, and glittering lamps. Nearby are the Singapore Botanic Gardens, with its extraordinary series of greenhouses, so vast that there are walkways and waterfalls within. Steel-and-glass towers mushroom, like enormous flowers.

It’s so different from Angkor Wat. And yet both the skyscraper and the temple are testament to the creativity and willpower of human beings. But the best time to marvel at them, as I discovered, is when there aren’t too many of them around.

Design your own Cambodian tour with Wix Squared 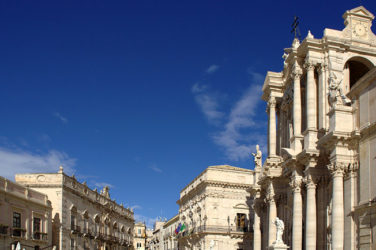 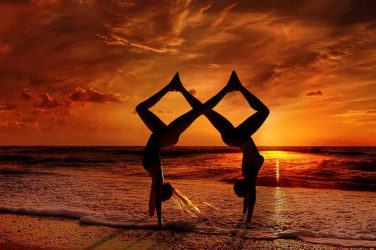 Best Trips To Help Clear Your Mind and Unwind

words Al Woods When you’re planning your next getaway, wouldn’t it be nice to ...