Hamlet gave us the world’s first teenager (Hamlet) and Manic Pixie Dream Girl (Ophelia), along with a soap opera’s worth of sex, murder, and killer comebacks.

Because of this, it is the Shakespeare play that has aged the best and is quoted the most; Hamlet was the meme-machine of its time.

Its evergreen aesthetics mean there’s a new production on stage or screen every few years, but the Royal Exchange’s latest is special: the Prince is played by a woman. Not just any woman, either: Maxine Peake, the Imp-Queen of the North. Seemingly only possible in our Equal Opps age, her performance is in fact the latest in a radical lineage stretching back to Sarah Siddons’ 18th Century Hamlet (a production also linked to Manchester). But there are new innovations to add to this: Under Sarah Frankcom’s direction, The Royal Exchange beefs up the number of women onstage, using female actors for the roles of Hamlet, Rosencrantz, and the Player King, while confusingly switching the gender of Polonius (now called Polonia) and Marcellus (Marcella). In a play about the difference between the way things look and the way they are, social identity’s moveable goalposts are shown to be made from jumpers and gender is just a game of dress-up from these props.

Opening with a pair of tables crowded with the whole production’s props, lit by a constellation of bare lightbulbs, the show’s minimalism foregrounds the physical presence of Peake, who combines Jennifer Lawrence snark with Charlie Chaplin slapstick (she even dresses like him). It’s a heady mix, and the audience laps it up. Updating the look but not the language is always a tricky sell, but tonight Shakespeare’s prose-poetry sounds oddly compatible with the signifiers of 21st Century youth. Rosencrantz & Guildenstern are brilliantly dressed as goths, fitting for the play’s most tragic pair, pawns in the powerplay between the Prince and the King. Peake’s Hamlet is a hipster in beanie and brogues, blonde hair cropped into a short back and sides. It’s a fitting style choice – hipsters obsess over expensive authenticity just as Hamlet demands the truth no matter the cost.

This is also the steely force driving Peake’s public persona. There’s something delicious about her playing a character that has periodically been used to critique the politics of the day. As an actor, she has never cloaked her values; earlier this year she received the Bolton Socialist Club Outstanding Contribution to Socialism Award for her criticism of the government’s austerity measures. Her acceptance speech could have been plucked straight from Hamlet’s lips:

“I say what I feel. I’ve been told maybe it would be easier to keep your mouth shut. I don’t know how you can do that when you feel so passionately about something.”

Sarah Frankcom’s plucky production splatters the audience with emotion, pitching us into the action until we perch on a knife edge for the final fight scene. Along the way, there are genius turns from Gillian Bevan as Polonia, bringing out the Alan Partridge in the character, and Michelle Butterfly’s Scouse Gravedigger easily out-banters Hamlet. But this is Peake’s show, and her polymath talents are in ascendence. An actor, playwright and now associate artist at the Royal Exchange, she’s also a the voice of the amazing Eccentronic Research Council, whose fusion of Elizabethan subject matter and electronica is refreshingly wonky (Hamlet’s proggy incidental music could easily have come from the band). Quite unlike anyone else, this is an actor I can imagine as the next Dr Who, while at the same time being the face of the far left.

Hamlet is a play about refusing to put up with political hypocrisy, and the Royal Exchange’s choice of a female socialist to play the Prince that topples the regime is the political statement of the year. After this, anything is possible.

Catch Hamlet at the Royal Exchange Theatre until 25th October. 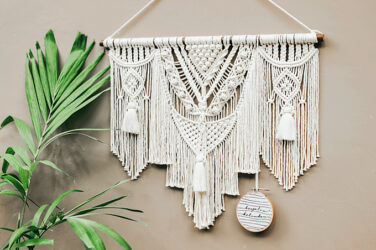 words Al Woods New research has revealed that social media has helped to save ... 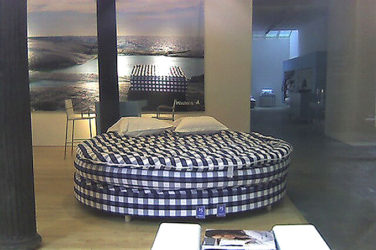 Why round beds are so popular?

Why round beds are so popular? – words Alexa Wang When it comes to ... 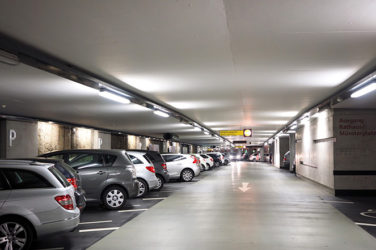 words Alexa Wang If you asked several of your closest friends to come up ...