Attracted by the healthy outdoors lifestyle and year round sunshine, record numbers of Americans are ditching the cold north and moving to Phoenix’s idyllic Valley of the Sun.

“Hallelujah, no more rain!” an elderly lady shouted as a flight attendant helped her into a wheelchair.

I’d just landed in Chicago’s O’ Hare airport fresh from a rain soaked London and, although it was a teeth chattering  – 15°C outside, the sunshine had an almost Saharan intensity to it as I gazed out at the snow covered landscape. As the lady was wheeled out into the arrivals corridor, sun beams streamed through the windows and she became almost delirious with excitement. 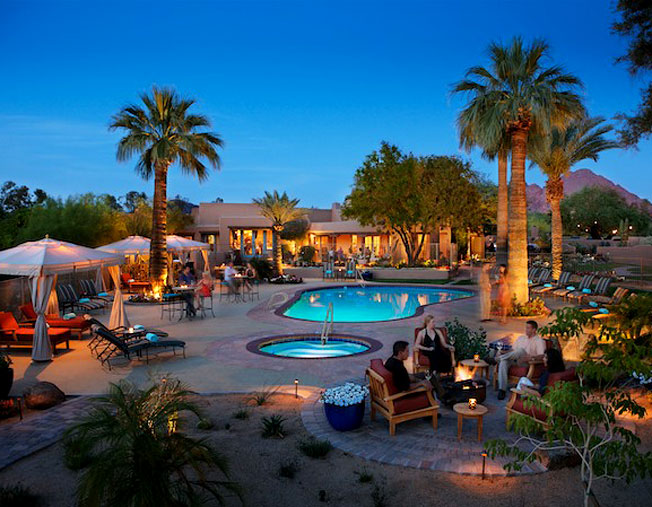 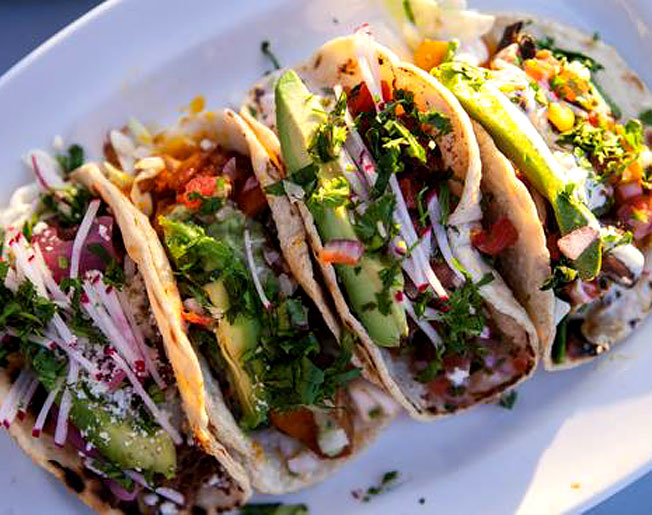 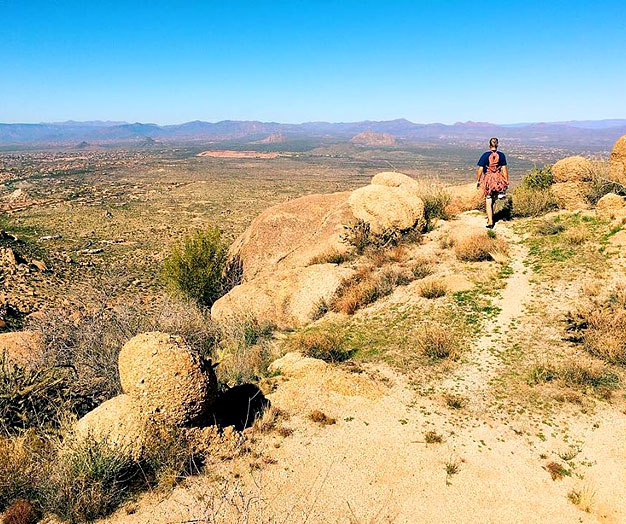 “God bless America!” she yelled waving her walking stick in the air. “Happy New Day!” she shouted to a startled cleaner, and to rounds of applause she then broke into a warbling rendition of The Star Spangled Banner.

To feel relief at arriving home to -15 is a terrible indictment of our dismal British weather. I’d never before experienced such low temperatures and, having a couple of hours to kill before my connecting flight, decided to take a stroll outside. Within seconds, icy tentacles of excruciating cold began penetrating my ears and I could only bear the pain for little over a minute. As I scurried back into the warm terminal building the last thing I heard was a faint “God Bless America!” as the lady was helped into a distant taxi. In total contrast to the doughty octogenarian, I felt glad to be leaving the frost bitten Windy City for the balmy winter climate of Phoenix Arizona and the valley of the sun.

With 330 days of sunshine a year and an average daytime winter temperature hovering in the low 20’s, Phoenix has long been a magnet for North America’s snow birds, those affluent retired baby boomers who fly south to while away the winter months lazing around swimming pools in luxurious resorts.

In the sleepy suburb of Paradise Valley I checked into one of Phoenix’s original winter hideaways, the delightful Hermosa Inn which was built in the 1930s by maverick cowboy and artist Lon Megargee. From the 1920s to 40s his paintings of exotic desert landscapes and woodblocks of cowboy life often featured on magazine covers and did much to popularize Arizona as a holiday destination. The Inn with its spacious casitas built amidst shady palm groves and cactus filled gardens remains the blueprint of urban desert living to this day. In the atmospheric wood beamed restaurant I joined Babs Harrison, a former travel journalist and local resident. Over a Cantaritos, a zesty tequila and citrus cocktail, I asked her what makes life in Phoenix so special.

“You’re enveloped by nature and it never fails to surprise you”, she explained. “Whether it’s pink rain that follows a dust storm or the aroma of sage bush in the sunshine you always feel close to nature yet can enjoy all the benefits of an urban environment.”

It sounds like an alluring lifestyle and a glance at Phoenix’s population figures clearly demonstrates the appeal. Since the turn of the Millennium 1.5 million people have settled in the Valley of the Sun, an explosive population growth that is four times the national average.

At the heart of Phoenix’s outdoors lifestyle is the much loved Desert Botanical Garden, and the following afternoon I headed over for a sundown yoga session. Located in the vast Papago Park where a range of twisted pink sandstone hills rises up in a surreal Martian landscape, the garden is home to one of the world’s greatest collections of desert plants. With a packed calendar of educational activities, the garden has a trailblazing history of promoting conservation and with 21,000 acres of mountain parks and desert preserves, Phoenix today has one of the largest metropolitan areas of wild terrain in the USA.

Sunset in the Valley is always a magical time. Dust rising from the Sonoran Desert paints the sky with fiery wisps that often stretch 360 degrees around the horizon, and as I began the yoga session the last pink blushes were fading behind the Papago Hills. The yoga was of the Vinyasi Flow technique and our teacher, Emily, effortlessly guided us through the fast paced changes of position, calmly reminding us at each step to connect with the beautiful environment surrounding us. A perfect crescent moon had appeared above the arms of a nearby giant saguaro cactus and although I was balanced precariously on my head, I couldn’t think of a better introduction to the invigorating outdoors lifestyle that is a hallmark of life in the Valley

During the yoga session, the Desert Botanical Garden had begun to fill with crowds. In recent years the garden has become a popular outdoor art gallery, and my visit coincided with a display of mesmerising light sculptures by British artist Bruce Munro. With 2,000 endemic plant species The Sonoran Desert is home to one of the richest desert floras on the planet, and the exotic terrain of towering cacti and fragrant shrubs provides a striking backdrop to sculptural installations. In his Sonoran Light exhibition, Bruce Munro used this landscape to dazzling effect. On an entire hillside he’d laid out tendrils of shimmering optic fibres and glowing LED orbs that coiled sinuously around the giant saguaros. Flushed with mindfulness after the Vinyasi Flow yoga, I had the strange impression I’d landed in Pandora, the bioluminescent home world of the Na’vi in the film Avatar.

Attracted by a Californian lifestyle at a snip of the price, a new generation of entrepreneurs has recently injected a welcome breath of fresh air into Phoenix’s restaurant and bar scene. At the seriously cool il Crudo bar and restaurant I met mixologist Micah Olsen who has been sending waves of excitement through Phoenix’s cocktail scene. Hailing from South Dakota, I jokingly asked whether he was missing winter on the prairies.

“Are you crazy man”, he laughed,” why would I miss 3 months of summer and 9 months of winter? I came here on a junior high school trip and remember skipping class. I was sitting in my shorts in the sunshine and decided there and then that this was where I wanted to live.”

And Arizona’s sunshine is a key ingredient in Micah’s cocktail success. He’s a champion of local produce which thrives in the year round sunshine. Locally grown fruit bursts with intense flavours and the oils in the herbs are concentrated by the fierce summer sun. As an experienced sommelier he takes great care to extract the best from these ingredients and taking a conical sieve he diligently poured a tantalizing concoction of rye whisky, Cardamaro liqueur, fresh lemon juice, elderflower and bitters into a cocktail shaker adding a dash of celery gin for good measure. The final touch was a stem of fragrant rosemary that he crushed into a pleasing wilt. The resulting creation was a Rebel’s Son, il Crudo’s signature cocktail. I took a sip and a medley of complex bittersweet flavours cascaded over my palette. Refreshing, cleansing and fragrant, it was one of the most intriguing and satisfying cocktails I’d ever tasted.

Out in Phoenix’s suburbs a new wave of urban regeneration is transforming the city; a rapidly expanding state of the art light railway has brought erstwhile distant neighbourhoods within easy reach, while historic town centres are being restored with creative, pedestrian friendly designs. On Saturday night I headed over to Gilbert, a southern suburb that is rapidly becoming one of Phoenix’s favourite foodie destinations.  A former agricultural town once known as “the hay making capital of the world”, its beautifully restored early 20th Century buildings are now home to a collection of buzzing bars and restaurants. A trend has started in town to collect vintage neon and along the main high street fluorescent 1950s diner signs and palm trees twinkling with fairy lights lend an irresistible party atmosphere to the street life.

At Postino East Wine Café I stopped for an aperitif and it seemed like the whole of Phoenix was out celebrating birthdays. I spotted some Arizonan wines on the menu and out of curiosity ordered a Downtown White, a Malvasia based blend made exclusively for Postino. Malvasia grows well in Arizona’s arid climate and its heady, fragrant overtones are like a draft of Arizonan sunshine.

With the Mexican border a 4 hour drive away, it comes as no surprise that Phoenix has some of the best Mexican food in the States. From Postino’s, I strolled next door to Joyride Taco House, a cavernous temple to no nonsense Mexican street food. With my body clock telling me it was 4 o’clock in the morning back home, I felt ravenous and wolfed down a whole basket of freshly baked tortilla chips, greedily scooping up big dollops of chunky guacamole. It was a messy business as was tackling the tacos which when I picked them up spilt tantalizing shreds of savoury carne asada coated with fire roasted salsa onto the plate. While I was enjoying every second of the delicious lightly toasted tacos I had a eureka moment. Forget about queuing at 4am for post clubbing kebabs, what London needs is an all-night taqueria.

On my last day in Phoenix I checked into one of The Valley’s classic desert resorts, The Sheraton Wild Horse Pass. Built on land belonging to the indigenous Pima Indians, the hotel houses a fascinating museum of their heritage and haunting refrains of traditional native American flute music imbue the resort with a relaxed almost mystical ambience.

Following a late afternoon spa treatment I walked out onto a poolside terrace to enjoy the sunset. It was too hot to wear a dressing gown so I slipped it off, lay down on the sun lounger and allowed the warm January sunshine to caress my back. An elderly couple next to me were reading newspapers and the husband was checking the weather back home.

“Can you believe it, it’s only 2 degrees back home”, he said. That meant 2 degrees Fahrenheit and I shivered remembering the cold in Chicago.

“Are you kidding me “, his wife replied. “Why don’t we stay another couple of weeks?”

“Yeah, good idea”, the husband added without blinking an eye.

I felt deeply envious. Baby boomers certainly do enjoy the Life of Reilly, but who could blame them for wanting to stay?

British Airways operate the only direct flights between the UK and Phoenix. Flights operate daily from London Heathrow between and return fares start from £825 return including taxes and charges. For further information or to book, visit www.ba.com/phoenix

Casitas at the Hermosa Inn start at $162pn. For further information or to book, visit www.hermosainn.com

Rooms at the Sheraton Wild Horse Pass start at $179pn. For further information or to book, visit www.wildhorsepassresort.com

The sleepy village of Koskenkorva making waves with its vodka 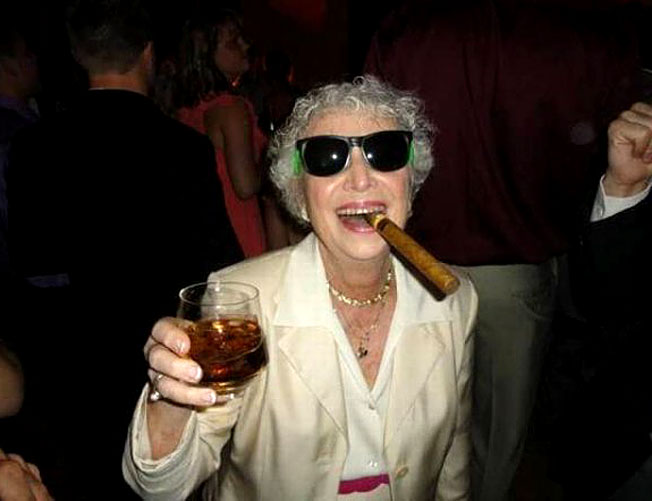 Some of our best sites to kill time on the Internet

Some of our best sites to kill time on the Internet – words Alan ...

Twice as nice: How to design a child’s room to share

Twice as nice: How to design a child’s room to share – words Alexa ... 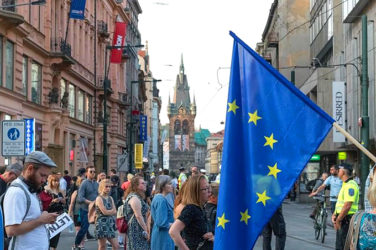 London Luxury: What to see and do in Mayfair – words Amy Turnbull Planning ... 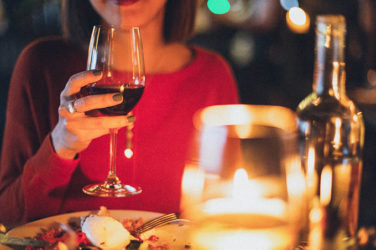 words Al Woods Organizing, planning and hosting an event is an enormous task. You ...