Incidences of fraud are among the most prevalent security concerns of modern times. And fraud manifests in different ways; from outright theft of public funds, obtaining money or other assets by false pretense and even overvaluation of property. Indeed, it is not unusual to find a modest-looking property or asset being offered at a disproportionately high amount of money. One of the properties that are often overvalued is a work of art.

And this is understandable, as such art pieces are normally sought for their sentimental value as opposed to the real artistic and monetary value attached to them.

In this post, we shall discuss one of the largest art frauds in history by discussing the masterminds behind it as well as the victims that unsuspectingly fell for this scam.

Where Did It Start?

Two Russian billionaires alleged that an art dealer that lives in the posh neighborhood of Cologny in Geneva, Switzerland inflated the prices of many pieces of high valued art over an 11 year period while they both independently built impressive collections of artwork.

The dealer’s name is Yves Bouvier who had helped both men find and acquire some of the most valuable art available for private purchase. One of the billionaires has named Sotheby’s, a prestigious auction house in Switzerland, as an accomplice in this incident.

The name of the later of the two Russian art collectors is, as yet, unknown and his lawsuit is a new one against Bouvier. The case of Sotheby’s inspired this second collector to investigate his own dealings with the Bouvier, which then resulted in him bringing his lawsuit as well.

The case that drew the second collectors attention was that brought by Russian mining magnate Dmitry Rybolovlev who, until recently, was the owner of a newly discovered Leonardo Da Vinci painting of Jesus Christ named Salvador Mundi. The DaVinci painting was sold to sotheby’s rybolovlev by Bouvier for $ 118 Million in 2013.

Rybolovlev claimed publicly that he had discovered that Bouvier had marked up that painting by some $47.5 million rather than “only” the $ 5.9 million (5%) commission that he claimed he had received from the deal.

Rybolovlev also claimed that Bouvier had similarly inflated the prices of several high-value pieces of art that he had purchased, with the help of the dealer, during an 11-year relationship as he was adding pieces to his growing art collection.

Rybolovlev also claimed that Bouvier had very suspiciously used multiple offshore shell corporations to hide the identity of his clients that sold the artworks, thus making it nearly impossible to obtain a statement of the prices that Bouvier had paid for the artworks in question.

However, in a series of news articles, Rybolovlev learned about the much lower prices that the original sellers reportedly had sold the artworks for (to Bouvier).

Allegedly, Bouvier would agree on a price for a piece of artwork with the seller, then he would tell Rybolovlev that the seller still wanted more and he could lose the item if he didn’t raise his bid. Bouvier would foster a false price-war, and then he would keep the difference for himself.

Further allegations claim that Bouvier paid kickbacks to Rybolovlev’s employees to support the fraud and heavily relied upon connections with Sotheby’s, the world-famous art auction house in Geneva, Switzerland, to persuade Rybolovlev to buy the pieces and assure him that Bouvier was trustworthy.

Rather than bringing suit against Bouvier, Rybolovlev brought suit against Sotheby’s, claiming that they knew that Bouvier had inflated prices far more than the 5% that he had claimed as his commission.

On October 2nd, 2018 Rybolovlev formally sued Sotheby’s for more than $ 380 million in a federal court in New York. The formal allegation was that Sotheby’s helped an art dealer, Yves Bouvier, overcharge him for 38 pieces of high-value master artworks.

The suit brought in October 2nd is just the next salvo in Rybolovlev’s ongoing battle against Sotheby’s in an attempt to recoup some of the losses from what he calls the largest art fraud in history.

Rybolovlev is also seeking additional actions against Sotheby’s offices in Monaco, Singapore, and in the U.S. He seems to be gunning for them wherever it is possible to do so.

In a turn of luck for Rybolovlev, his DaVinci painting Salvador, Mundi just sold for $ 450 million in another auction.

That is pretty good considering he paid $ 118 million for it. Oddly, this whole affair may be responsible for a $ 50 million boost in the value of this painting. That seems like poetic justice somehow.

One of the oddest facts of this case is that all of the players involved live in the same area, Cologny, in Geneva Switzerland, an exclusive posh neighborhood for the very rich.

When questioned, the Geneva Public Prosecutor’s Office stated that an investigation into both matters is ongoing. However, the Attorney General of Switzerland indicated that there his office has no involvement in the case as yet.

As of now, we cannot authoritatively state that these claims of undue valuation were true. But if they are true, that means that the Bouvier defrauded them out of some $ 1.1 BILLION US dollars with the full assistance of Sotheby’s, easily making this the single largest art fraud in history. One wonders if there are other art collectors out there that have been taken in by Sotheby’s and Bouvier. But we can almost guess there is, as works of art have been a subject of manipulation from time immemorial.

How to be a leader and play to your strengths 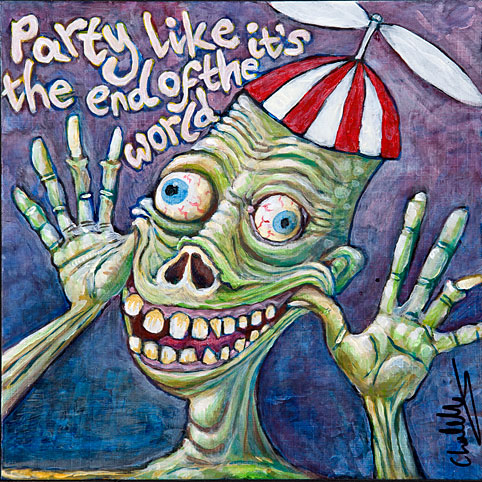 What do you get when you cross a Kaiser Chief with a bottle of ...

Bucureşti sits in its watery cage, the Balkan jumble of fin-de-siècle villas and concrete ...

As well as a powerful cultural force, art is an increasingly global currency. The ...

He has been responsible for some of the art world’s most provocative work over ...