When the West intervened in Libya I’m sure they had honourable intentions. The problem is they only helped the collapse of many of the fragile structures holding the country together.

The country now has several competing governments and is in many places pretty lawless. Into this chaos has crept some criminal gangs who thrive on human desperation and misery. 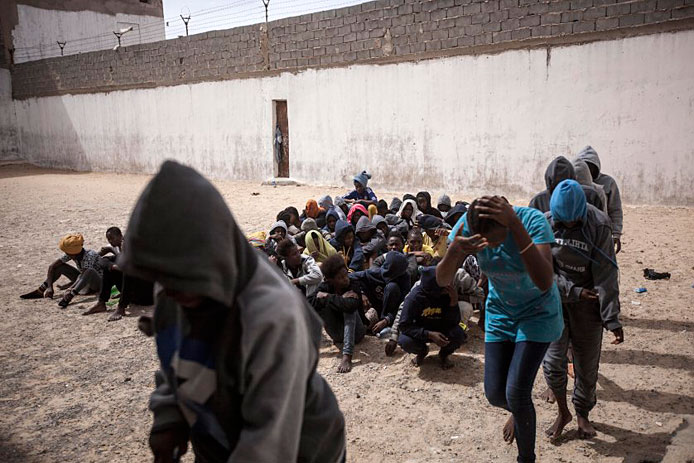 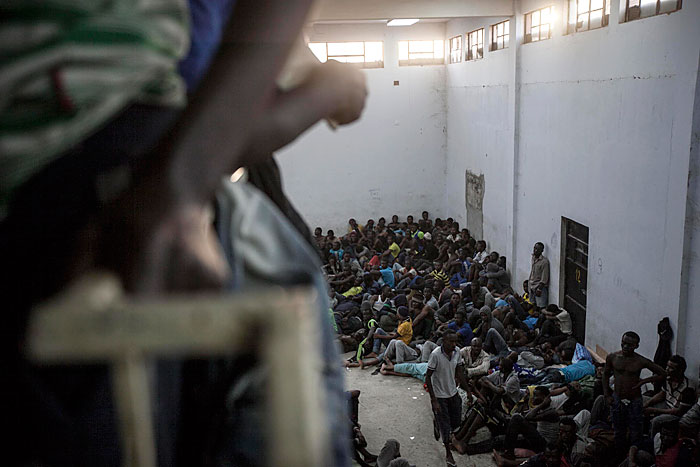 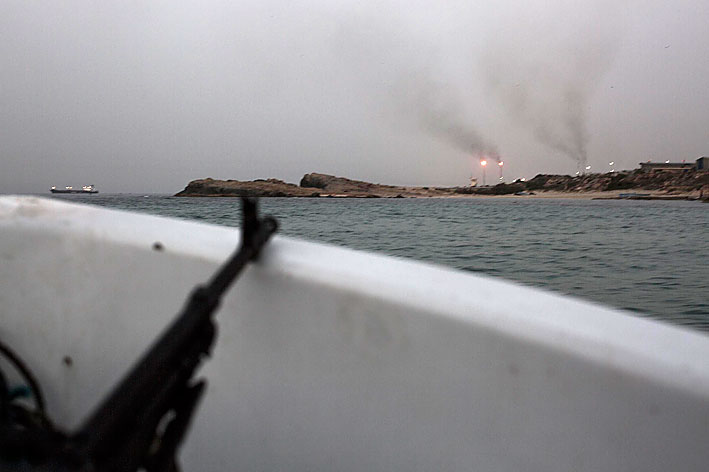 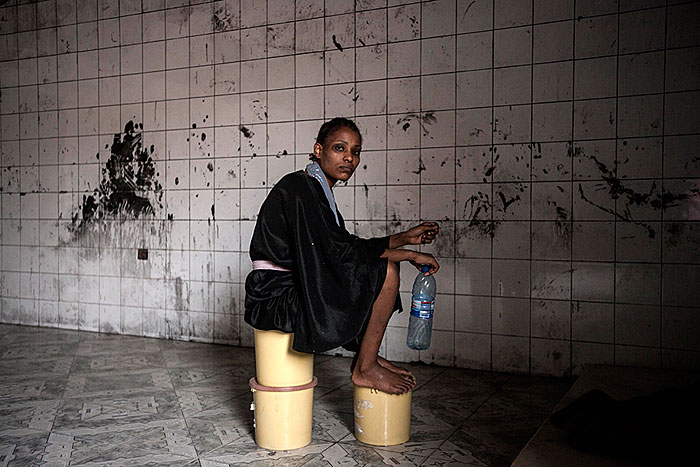 Human trafficking is rife and in this brave and stark series of images the Mexican photographer Narciso Contreras has captured the harsh reality of desperate people. His exhibition Libya: A Human Marketplace at the Saatchi Gallery, London aims to give back some dignity to the victims of this terrible trade. We see behind the human trafficking statistics. He was awarded the Carmignac Photojournalism Award, which enabled Narciso Contreras to do this series, turn it into an exhibition and publish a book about it. Without the award, this series would not exist.

Narciso Contreras lays bare an unfolding humanitarian crisis in which illegal migrants, refugees and asylum seekers are at the mercy of militias who exploit them for financial gain. In the images you can see the effects of human trafficking on victims. Held in detention centres for illegal migrants, they are subjected to inhumane conditions. This includes overcrowding, lack of sanitation and vicious beatings. Facts about human trafficking are one thing but to see the faces behind those facts is another. Tripli is one of the worst cities for human trafficking.

Throughout this report, Contreras weaves a compelling narrative to show how, instead of being a place of transit for migrants on their way to Europe, Libya has actually become a human trafficking market where people are bought and sold on a daily basis. In 2009, Fondation Carmignac established the Carmignac Photojournalism Award with the aim of funding and promoting an investigative photo report on human rights violations each year. The winner receives a €50,000 grant to produce an in-depth, in-the-field photo essay. After it has been completed, the Fondation provides further support, financing a monograph on the investigation. They work with the photographer to develop and stage an international touring exhibition that begins in Paris. Four photos from the essay are subsequently included in the Carmignac Collection.

What is it like to work in and travel around Libya when there is no government in control?

“Libya is like a stone: it’s impenetrable. It’s one of the most challenging environments in which I’ve ever worked. I spent seventy-three days in the field from February to June, out of which I completed thirty effective days of shooting. More than half of my time in the field was taken up with logistics and the endless bureaucracy. That made my work there so difficult. Sorting out the logistics that you need in order to work in a conflict zone is always complicated. It takes time and a lot of technical and human resources. It demands a sense of empathy with the environment you are working within.

This enables you to go as deeply into the culture and the context as your commitment to your project demands. In Libya however, empathy is not a tool for negotiation, but a political stance. And setting up the logistics in this kind of environment is highly risky. Particularly when you are dealing with corrupt police and military, armed militias and smugglers involved in the hugely sensitive crime of human trafficking. You will always be “the outsider”, a disturbing foreign element, particularly when you ask too many questions.”

How did you get to access to detention centres and refugees which photographers have not previously been able to get pictures of?

“Detention centres have been photographed several times before in the context of the media protocol of the Tripoli authorities, whose agenda is to show the ongoing “migration crisis” in Libya and to use these images to obtain the support of the international community. So, I started photographing detention centres in Libya back in 2014. During this current project I realized that these centres were a key part of the story of human trafficking in Libya. At the start of my project, I was therefore not focusing on detention centres. But when I moved to the north-west coast of Libya the project began to unfold slightly. I pushed to get access to the centres as often as I could – two or three separate visits to each for thirty minutes or one hour or more at a time.

The militias in charge of the centres were annoyed by my presence and I had to step back at times when I felt that my own safety was at risk. The real picture of the humanitarian crisis reveals itself when you step away from the media protocol imposed by Tripoli. Then you see thousands of illegal migrants and refugees trapped in the spiral of a human market run by militias and private armed groups linked to mafia networks. The Carmignac Award was essential as it gave me the necessary time and resources to keep working in the field until I could find a way to sneak through the barriers.”

What do you expect from this exhibition and book?

“In many senses Libya is unknown to an international audience. It is important to show the drama of the trade in human beings that is taking place behind the well documented humanitarian crisis, and all the implications and ramifications of this. There is an enormous market in human beings working beneath the surface. The exhibition and book will give a unique opportunity for this documentary piece to be heard and seen by a wider audience. I’m grateful for that. I do believe that this ongoing crime in Libya, which links European and African organised crime groups, has to be exposed and become common knowledge. My intention is to bring the attention of international aid groups to this situation. I expect the international community to put pressure.”

Each year, at the end of the five-month photo reportage in the selected area, the work of the Carmignac Photojournalism Award Laureate is used to produce both a major exhibition in Paris and London, and the publication of a monograph and help the chosen artist in their photojournalism career.

After taking place at the Hôtel de l’Industrie, in the heart of the SaintGermain district in Paris and in Palazzo Relae in Milano, the exhibition of 32 photographs Libya: A Human Marketplace by photographer Narciso Contreras will be displayed from 16 May to 16 June 2017 at London’s Saatchi Gallery. This has been hosting the Carmignac Photojournalism Award for the third consecutive year. 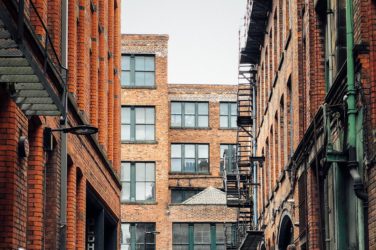 Editorial: What have nine years of Tory rule done to us?

We must not reward the Conservatives' mismanagement of our country with power. In 2019, ...