I’ve heard of many strange and unusual materials in my time. Bamboo and hemp, with their green credentials, I know are all the rage but this one is a new one on me. The Big Issue have just launched their new initiative “The Bag Issue” which features some very desirable bags made from banana skin fibres and elephant dung. They are made by women on low subsistence incomes and commissioned by orphans from Karm Marg, a home for street children based in the outskirts of Delhi, India. They actually look great and have articles from the Big Issue screen-printed onto each side.

The first edition has the Universal Declaration of Human Rights 1943 printed onto them
On a serious note India, may be one of the 21st centuries economic miracles and has 53 billionaires – the 4th highest number in the world. On the flip side it also has over 11 million street children and the economic miracle has so far failed to trickle down to these, the poorest and most disenfranchised people in Indian society.

Sting’s other half Trudie Styler is getting behind this launch of The Bag Issue which offers “a Hand Up not a Hand Out” to the orphans. Styler has been the Patron of the Mukti charity, which funds the Karm Marg orphanage, for 10 years. Ms Styler met with John Bird, founder of the Big Issue, last year and was delighted to be invited to guest edit The Big Issue and launch The Bag Issue. Trudie Styler’s issue of The Big Issue features Robert Downey Jr on the front cover selling a copy of The Big Issue, ‘A Letter to My Younger Self’ by Archbishop Desmond Tutu and photographic portraits of Big Issue vendors by Bryan Adams. The Bag Issue is a social enterprise that sees the orphans make money each time they sell one of the bags. They are also sold alongside The Big Issue by regular vendors and via The Big Issue website.

For more information go to www.bigissue.com/The_Bag_Issue_135.php

Clinique Eye Make Up for the Party Season 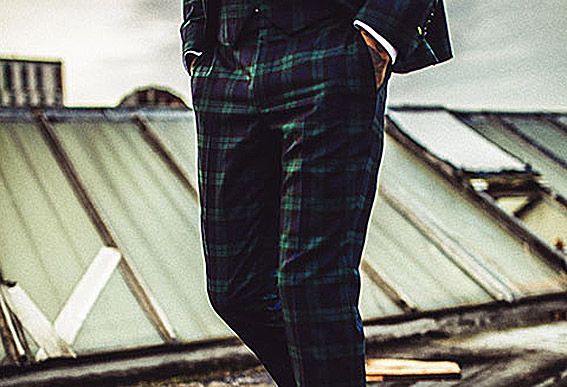 With a howl against formulaic fashion, Noose & Monkey are all about tailored suits for ...