You can almost feel the sulphuric heat Disney’s Maleficent is going generate when it kicks off blockbuster season in May; almost hear the chatter inevitably generated by any Disney film starring a female who isn’t emotionally deaf and dumb.

Angelina Jolie, playing the ‘witch’ who puts the ‘Sleep’ into Sleeping Beauty, has already said the film isn’t anti princess.

Fair enough. But the concept of Maleficent isn’t exactly pro-princess either: it explores the motivations of a woman’s aggression, passion and drive. It’s bleakly grey, it’s nuanced. It’s complicated. Disney’s Princess icons lack any of these characteristics. They have no passion or drive that doesn’t centre on snaring a man who can lift them out of poverty/mediocrity/enter shitty situation as applicable. They’re about as grey, nuanced and complicated as a watery wind-passing, and, quite honestly, they get up most people’s nose in much the same way.

It would almost (only almost) be fine if this discourse were relegated to the delicate, character-shaping formative years, but it’s not. In the adult world, we’re lucky enough to have Kate Middleton and her co-commoner princesses who currently trot around Europe’s palaces in tiaras, white-washing their real-life experiences and biting their tongues until they’ve been authorised to loosen up and pleasure the patriarchal principles of monarchy.

It’s not their fault; society really likes things that sparkle and stay silent. And it absolutely loves money and power, and so the women who marry into this are promoted, fetishized, and fawned over for being and doing…absolutely nothing. Society is influential, so no one has the gall to tell him his taste in women is shocking, and that Middleton and her ilk are role models for no one with two engaged brain cells and a lick of fire in their belly.

People want to say it, though. People really want to say it. As usual, it falls to artists (both male and female) to stand up and call out the BS. While real-life royals hide behind their hegemony, Disney and the fairy tale have been put under the microscope, sliced open and had their guts ripped out and rearranged into a more realistic order countless times… 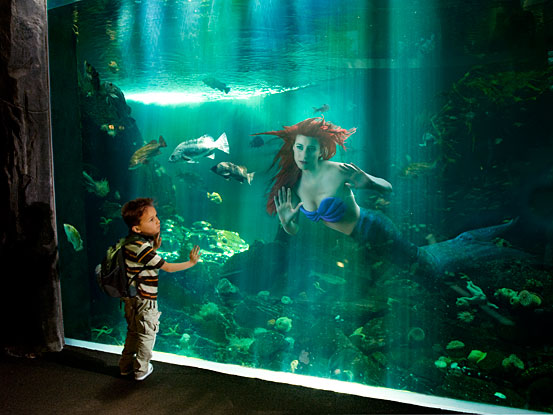 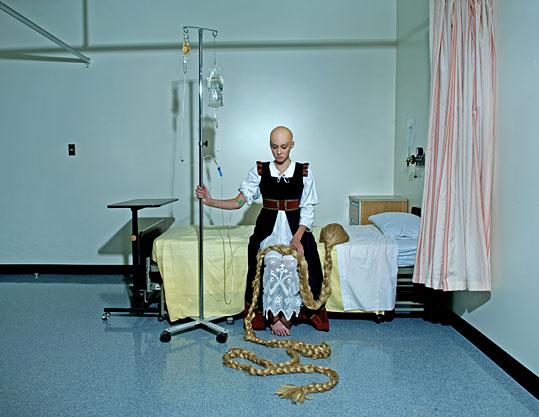 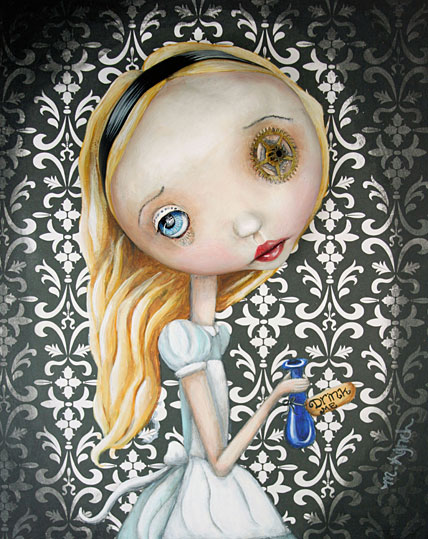 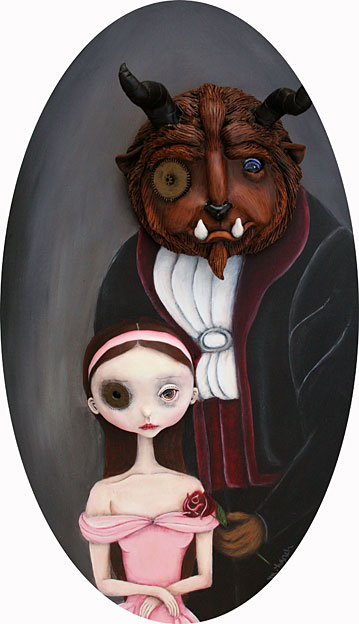 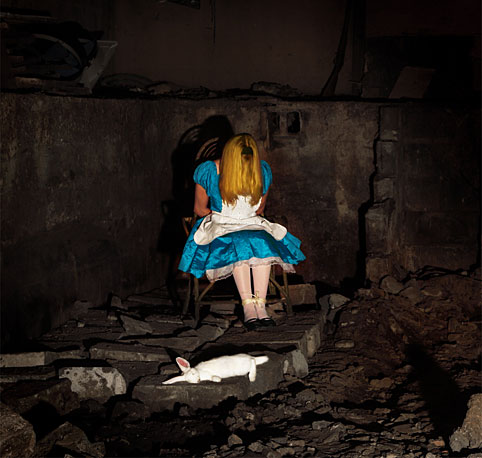 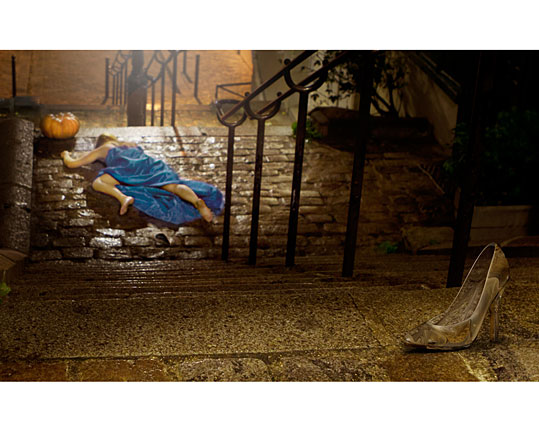 Dina Goldstein is an Israeli/Canadian artist whose photographic narrative tableaus offer “just the right amount of eye candy to lure the viewer into a deeper conversation”.

“I explore the inevitable realities of life. Life that includes the mundane, the disappointing and the suffering. When I had my ﬁrst daughter I was reacquainted with the ‘Princesses’ phenomenon, and as a modern mother, I found myself questioning why she found them so desirable.

“At the same time my own mother was diagnosed with breast cancer. During this period of shock and fear, I began to think about the human condition, how complex and unpredictable it is for everyone. We are all given our lot in life and we can only make the best of it. Given the right environment anybody can make something of themselves. We may differ culturally, socially and monetarily, we can take comfort knowing that no one is immune to tragedy.

“The Disney Princesses do have their charm, but I don’t think they would ever become role models for my own kids. All girls should be exposed to the real good stuff in life: family, friends, nature, travel, art and culture. My concern is for those growing with a cultural diet that is light on integrity and heavy on sexualized beauty, and have no good inﬂuences and supporters to tell them otherwise.”

Michele Lynch is a figurative pop surrealism artist, whose characters are inspired by vintage pieces and fairy tales.

“As a child growing up on fairy tales such as Snow White, Sleeping Beauty & Cinderella, I disliked the “Princesses for their lack of substance. None of them stood out as individual women who carved out an identity for themselves, they simply waited for prince charming to rescue them. How utterly boring!

“Originally fairy tales were meant to teach us lessons about society, not about fantasy love stories. They were darker tales, aimed at how to deal with issues that were prevalent in society. At the time, the options for women to overcome those issues were slim. The modern day princess, both real and fictional should be presented as an individual that can overcome her problems with intelligence and wit, not as a flat character with only superficial qualities that surrenders to submissiveness as a way to overcome them.

“The real life fairy tale is a more dangerous myth, because the public experiences firsthand the stereotype of a fairy tale princess. The role of the princess is to marry prince charming, support him and become pregnant. We are never told (for example) of Kate Middleton’s intelligence or how she has used her new position to make positive changes. Instead we are shown her beauty, poise, fashion sense and her duties to her husband. This sets feminism back to the point of women not having their own identities.”

Thomas Czarnecki – From Enchantment to Down

Thomas Czarnecki is a freelance photographer based in Paris, France

“The Little Mermaid, Cinderella, Sleeping Beauty, Alice in Wonderland…there are just so many Disney characters presented in the collective culture as sweet and innocent creatures – I decided to haul them out of their fairy tale universe.

“I laid these childhood heroines bare and, in doing so, created a culture shock between the innocent naiveté of fairy tales and the harsh reality that is a much more common part of our culture and our lives.

“There’s no misogyny in my work, I simply found male characters to be less inspiring and less innocent. I needed the princesses to create a contrast between innocence and our brutal reality.”

Andrea Maltman is a Scottish, Melbourne-based journalist and editor writing about politics, society and culture. 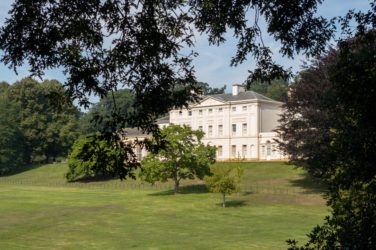 Hilary Lawson thinks we have a problem. And it’s not climate change, or Brexit, ...