This was the first UK performance of material from Karlheinz Stockhausen’s epic Licht opera since the première of Mittwoch aus Licht in Birmingham last year.There were no helicopters – or staging at all, for that matter – but it was a good opportunity to experience Stockhausen’s unique music at the forefront.

Free of whizzbangery, the music appeared to contradict the received wisdom that Stockhausen ‘lost the plot’ with the monumental Licht opera cycle that he devoted the last three decades of his life to.

There are sound reasons for believing Stockhausen grew ever more megalomaniacal, even insane (his grave at Kürten is a giant orb inscribed with the ‘super-formula’, which generates Licht’s thematic material; he seemed to genuinely believe he was super-human, or even from the planet Sirius). However, tonight’s music, performed almost entirely a capella by the Ex Cathedra singers, was funny, moving and, yes, even melodic.

The concert began with a surround sound playback of Karlheinz Stockhausen’s career-defining Gesang Der Jünglinge (1955-56) with disciple Kathinka Pasveer at the mixing desk. This was unexpectedly effective in the incongruous setting of the Royal Albert Hall, the chopped-up tape recording of a boy soprano singing from The Book of Daniel and complex combinations of sine waves and rhythmic pulses pinging about the vast auditorium. The size of the venue gave the music a sense of movement lacking in stereo recordings, and the large crowd (and the acoustic ‘dishes’ suspended from the ceiling) did their bit to mop up the Royal Albert Hall’s infamous three second reverberation time. Whilst some of the sounds belie the piece’s considerable age and now appear slightly kitsch, the vocal manipulation and bass passages sound shockingly contemporary.

The real purpose of the prom was to showcase material from Mittwoch aus Licht in a concert setting. The first movement of this opera, ‘Welt-Parlament’ (‘world parliament’) was performed with opposing banked seating and a speaker’s chair/gavel the sole concessions to staging. The singers of Ex Cathedra entered from the wings, singing and operating electronic metronomes that created contrapuntal rhythms through different tempi, as in Gyõrgy Ligeti’s Poème Symphonique. And whilst they looked like off-duty bankers (or indeed politicians) in awful coloured chinos and Oxford shirts, they sounded magnificent, babbling away on a single pitch.

Dialogue was initiated between the opposing benches and members of the same ‘party’, discussing the nature of love in German, English and nonsensical mystical languages. After a period of time, this was interrupted by a figure in the audience in high-viz vest announcing that a car whose numberplate read ‘M1TT W0CHT’ was to be towed. The speaker departed, to be replaced by a deputy from one of the banks, proof if it was needed that Stockhausen had a sense of humour.

The piece resumed with an extraordinary soprano now helming the session, occasionally singing solo on this theme of love and the apparent cosmic significance of ‘Wednesday’. But for the absence of an orchestra and, in this instance, any real staging, this really feels like ‘proper’ opera. Sure, the singers occasionally swoop wildly between pitches, or intone in tongues, but for the most part, the writing is quite tonal and surprisingly melodic. In a way, it feels less provocative than Philip Glass’s Einstein on the Beach – a work that featured a very similar courtroom scene and made abstract pronouncements on similar themes (love, the universe).

The chorus filed off droning on a G♭, exactly how the piece began, until just one person was left – Stockhausen specifically demands that this be the fattest bass. The bass stammered that he did not know where the exits were, before saying that the next scene would follow (were the opera being performed in full).

Late-period Stockhausen remains quite misunderstood, owing to his proclamation that 9/11 was ‘Lucifer’s greatest work of Art’, amongst other things. However, there is no need to approach Mittwoch aus Licht with any kind of trepidation, as it is a work full of humour and life. I did not get to experience this whole opera in Birmingham last year, but the YouTube clips are well worth watching. Stockhausen may be remembered more for works such as Gesang Der Jünglinge, rather than Licht, contrary to his wishes, but his inventiveness and idiosyncrasy lasted a lifetime and now lasts beyond. 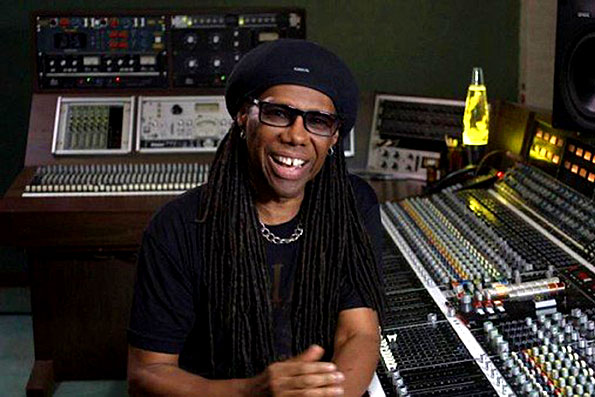