Festival No. 6 review by Stephen Bewley

Festival No. 6 is a relative late comer to the circuit (2014 was its third year), but with its refreshing approach to the festival format and its magical environment in the Italianate Welsh village of Portmeirion, this is a festival hitting all the right notes with the intelligent festival goer.

With big-name headliners contrasting with different platforms and performance spaces, this undercurrent of a festival can give the larger festivals a very fast sprint for their money. 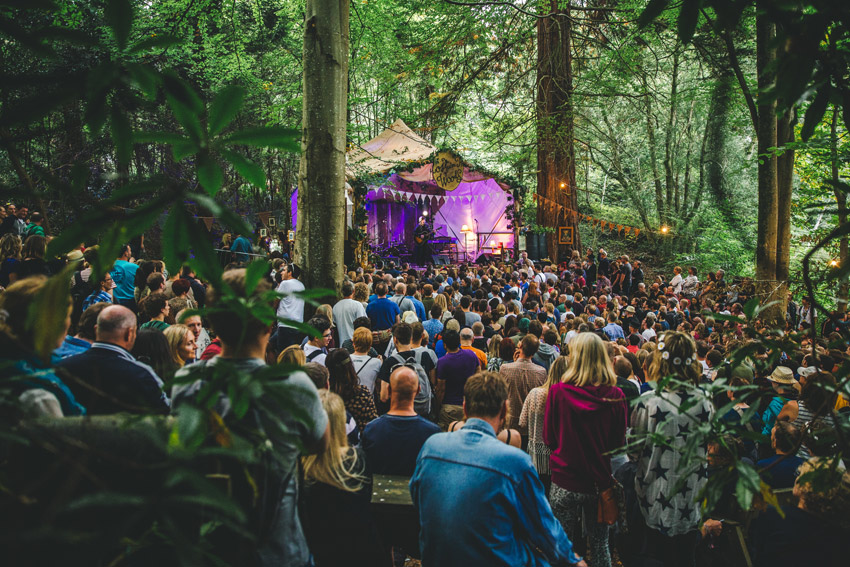 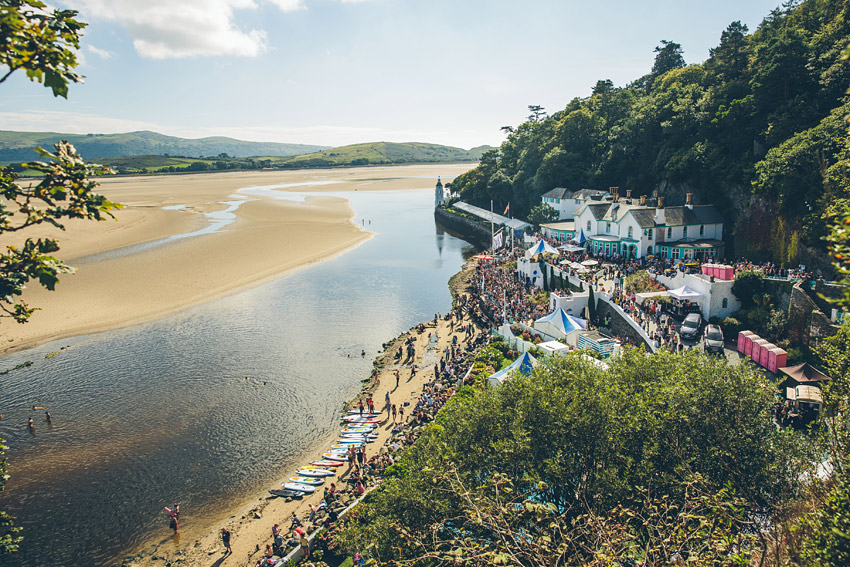 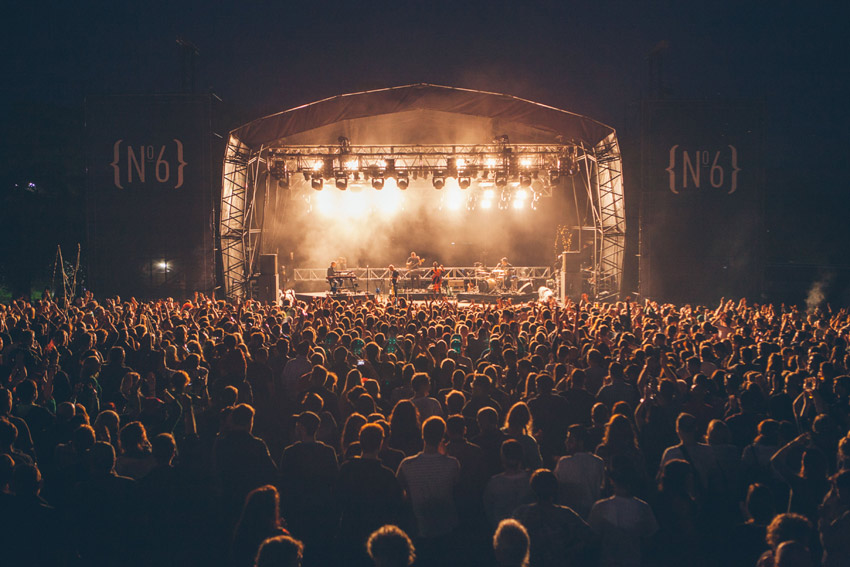 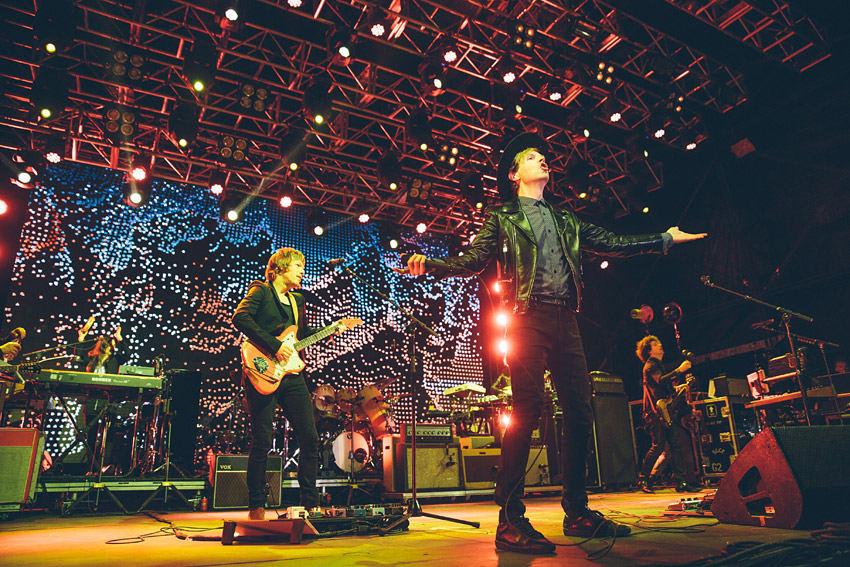 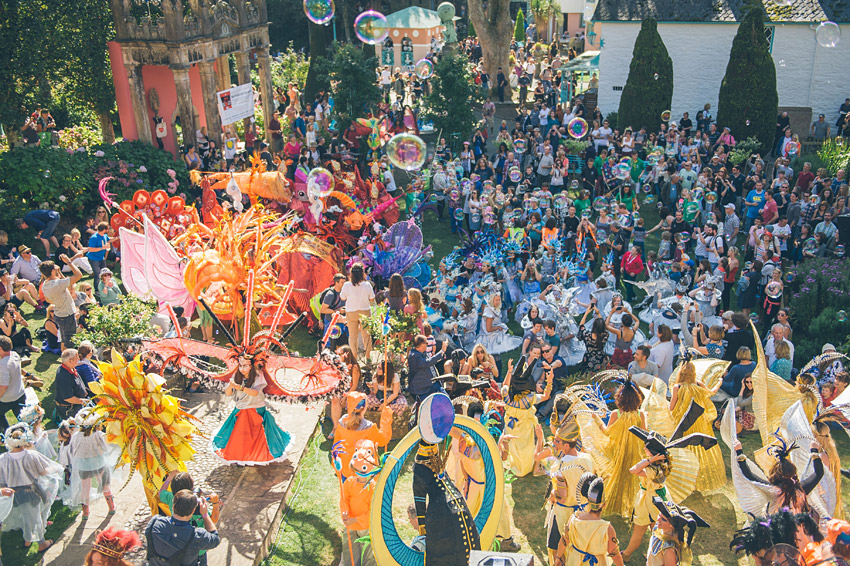 Situated in the tiny Portmeirion, whose architecture has more in common with the Italian Riviera than a West-Wales coastal village, Festival No. 6 benefits greatly from its backdrop. The organisers have used every inch of the village and its surrounding areas to create an amazing festival space. The tents and stages of other festivals can become samey, but at Festival No. 6 it is very clear that you are experiencing acts in very different environments to the norm.

On the Sunday we saw Manchester poet Mike Garry in Portmeirion’s Town Hall, where in a large Mahogany room with a white stone vaulted ceiling covered in ornate carvings, stood a small stage in front of a three story window. The room had leafy views over the village and estuary. Mike Garry performed accompanied by a six piece orchestra. Here, as with most venues at the festival there was a good level of interaction between artist and crowd. I can sincerely say that artists at Festival No. 6 seem to be as captivated by their surroundings as the audiences are.

Mike Garry’s poems are rich with imagery of Manchester and Salford and of his late family and friends, with his reminiscences of the late Tony Wilson leading to a teary eyed audience sporadic with laughter.

Upon returning to the central plaza (where, the day before, we’d found ourselves enveloped in Charleston dance aerobics before we’d even had breakfast) we sat on deckchairs and watched an act that reminded me visually of Chaz and Dave but with the comedy lyrics of Flight of the Concords. We never found out the act’s name.

Festivals are amazing for the accidentals and the artists you never planned to see. And in a Portmeirion synonymous with the surreal, due in part to it being the set for 1970s TV drama, The Prisoner (which for the uninitiated is where the name of the festival comes from) there is very much a bizarre carnival atmosphere everywhere you go.

We spent a leisurely hour at the estuary splitting our time between the Stone Boats History of Black Music and cooling off next to the swimming pool listening to Steve Hanley on life in the Fall. Then we travelled up the hill finding ourselves in the Lost in the Woods venue. Set amongst the beautiful woodlands of Portmerion, Lost in the Woods is a forest-y trek with little venues for dancing enroute, some with floating platforms, and others with tree house bars. Some festival goers spent all day at these venues and it was easy to see why with DJ’s including Badly Drawn Boy and Andrew Weatherall adding to the ambience.

The main arena was situated between Portmeirion village and the campsite where regular and Boutique Camping was available. The main arena housed the majority of the food huts serving a diverse range of cuisine. However long queues (and certain eateries not validating food vouchers) coupled with eateries running out of food prior to Sunday was something of a dampener. That said, I would recommend Patti Smith’s Burgers Dirty Burger and the Vegan Curry Shack

Overriding the usual us and them mentality which can occur when you transport thousands of people into a small community for a short space of time, I found space to use my Welsh language for the first time in years with Portmeirion locals in the Castle Bar. Incidentally, all people in the surrounding post code are given free tickets to the event – another aspect that the organisers have got just right.

In the main arena there were 3 large tents playing music from 12pm till 3am. Standout performances came from Laurent Garnier at the Late Night Pavilion on the first night. We also loved the amazing Emma Tricca (Italian born folk singer-songwriter on Finders Keepers – check her out) supported by the wonderfully whimsical Magpahi (providing falsetto fairytale folk songs from the frost bitten fells of Rochdale) on the Saturday afternoon on the Clough Stage. Guilty pleasures came from my potential future MP for Salford, Bez, with Dave Beer and Mark Jones at the Kraken tent on and Peter Hook’s band playing a combination of Joy Division and New Order hits.

On the main stage All the B’s stood out for me: Beck, who just got everything right on the Saturday night, mixing his country, rock, electro and psychedelic phases, as well as having good banter with the audience. His set lasted over 2 hours but felt too short. I was surprised how many Beck songs I had forgotten but instantly remembered the second they started.

Second, Bonobo, alternated between playing by himself, and with his orchestra. He managed combine over 10 years worth of back catalogue seamlessly with recognisable songs from the Dial M for Monkey album and Black Sands.

Third, The Beautiful South, or whatever Paul Heaton is calling himself nowadays, providing nostalgic hits from both House Martins and the Beautiful South. Other headlining acts included Pet Shop Boys who were accompanied by the Welsh Male Voice Choir and London Grammar who played in 2013 on a smaller stage.

If you have felt like a dairy cow at festivals, bombarded with advertisements and missing want-to-see performance because of travelling time between venues, try Festival No. 6 next time. However, I would like to put in a personal request. May the late night tents to stay open an extra hour – 3 am is just too early to close everything down!

For more on Festival No. 6 see www.festivalnumber6.com, Portmeirion United Kingdom

Festival No. 6 review by Alexa Wang