Though he has only directed two films (Shotgun Stories in 2007 and his latest, Take Shelter), Jeff Nichols has already established himself as one of the most exciting directors in modern American cinema. His subtle yet explosive examinations of conflicted men trying to escape the pressures of their past are quietly yet deniably powerful ones that are imbued with an almost mythic sense of importance. He creates modern fables that feel as old as the world itself, and in his latest he creates a work of staggering vision, dread and fear that ranks amongst the best films of the year.

Curtis LaForche (Michael Shannon) is a thirty-something husband and father who seems to have found his place in the world. He has good friends, a beautiful wife (Jessica Chastain) and an adorable daughter whose deafness looks like it will be cured by cochlear implants paid for by the insurance provided by his stable job for a drilling company. Yet at night he is plagued by increasingly horrific dreams about an ominous storm, and when he starts to see and hear things that no one else can, he starts to wonder whether or not he is about to succumb to the same schizophrenia that claimed his mother, or if he is having visions of an oncoming catastrophe.

Every element of the film is geared towards creating a very specific sense of slowly building terror. The music starts out sparse and fractured, like a broken music box or a wind chime, then gradually rises to an unbearable crescendo as the film reaches its final act. The sound design in the film is calm to begin with, but becomes heightened and eerie the more that Curtis works on his shelter. Michael Shannon’s performance is quiet and stoic, but as the story progresses cracks begin to appear in the surface. It all feels like it is heading towards some watershed moment, after which things will be irreparably changed.

At the centre of the tumult is Michael Shannon, who continues to be one of the most compelling actors in the world. The key to his performance is the self-awareness that he gives Curtis: he knows that the things that he is seeing are a sign of mental illness, yet he can’t stop himself from endangering his family and his livelihood. Shannon has a wonderfully craggy, stoic face that is perfect for a father trying to hold things together, desperate to not give in and have to abandon his family the way that his mother left him, yet the notes of fear that Shannon lets slip are just enough to show that this man, as strong and proud as he is, is deathly afraid of the world around him.

There’s little more that needs to be said about Take Shelter except that it is easily one of the best films of the year. Apart from some less than convincing effects, which can only be expected from a film that cost so little to make, it’s an almost flawless, audacious and exhilarating work that firmly establishes Jeff Nichols as the next great American film-maker.

Take Shelter film is out now in selected cinemas

Interview with Director Rebecca Miller by Paul Risker A decade on since her directorial ...

You may remember our story about the NOW TV Movie Festival a few weeks ... 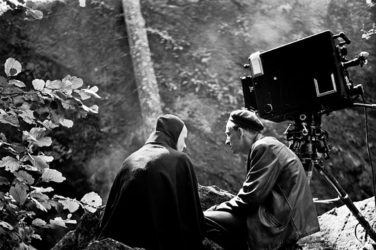