The art of criticism, if such a term be permitted, is the judgement by the critic of that which must not be disclosed in order to preserve a degree of mystery.

Tom Kingsley and Will Sharpe’s sophomore feature The Darkest Universe is the story of Zac (played by co-director Sharpe), who goes in search of his missing sister Alice (co-writer Tiani Ghosh) and her boyfriend Toby (Joe Thomas), who have inexplicably vanished. While Zac’s search borders on comedic desperation and underpins the films quirky nature, the comedy serves to sharpen the study of loneliness and the need not only to belong, but to be needed. 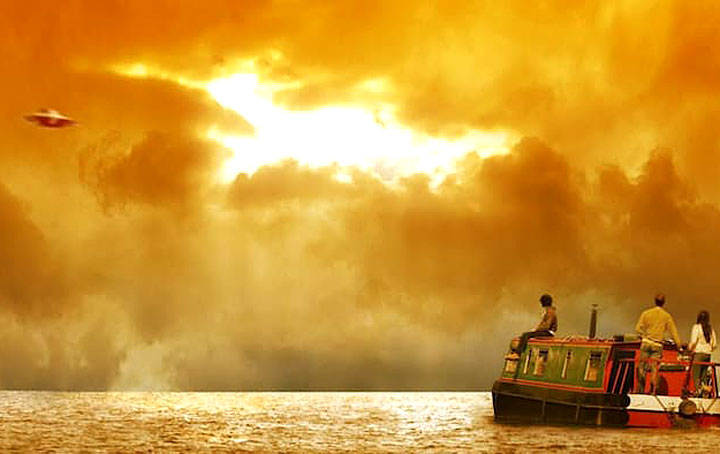 An inescapable impression is how the words of the American Philosopher John Dewey intimately envelope the film, notably the observation that, “man lives in a world of surmise, of mystery, of uncertainties.” This connects to the journey the filmmakers take their audience on, as both protagonist and audience bond across its eighty-five minute run time. The story seemingly drifts effortlessly along on the waves of its central characters changing mood and thoughts, moving the film between sadness and humour, while the overarching journey is one from which philosophical inclinations emerge. The predominant thought is how the pursuit of knowledge can be more destructive than relinquishing one’s need for knowledge, and the role this plays in shaping a human journey. It is here that caution needs to be exercised as the discussion addresses the layers of understanding, from the awareness of a chain of events to the understanding of the mechanics of those events.

Our individual life experiences will inherently influence the process by which we connect with a character. The hyper-active Zak who enthusiastically chronicles his search on a dedicated web site, revamping it to engage with an audience that in truth may symbolise his naïve hopes, alongside his quirky performance stunts are frequently combined with a darker and  sadder underbelly. But in other moments sadness is liberated from comedy, sparking a serious point of reflection on the film and storytelling more broadly. In one scene Zac is sat in the foreground of the rolling rural landscape and the combination of the nearly static character, the landscape thrust into motion by the train and the music combined with our awareness of Zac’s angst is a moment with the potential to strike within us a chord of emotion or even to evoke a reflective moment of sadness from within ourselves. It is a moment that emphasises the importance of the audience, where the images and the performances on a screen that are accompanied by sound remind us of the philosophical thought experiment: “If a tree falls in a forest and no one is around to hear it, does it make a sound?” Transposing that thought experiment to cinema, what is the ontology of a film if it plays in an empty theatre, and no one is around to see or hear it? 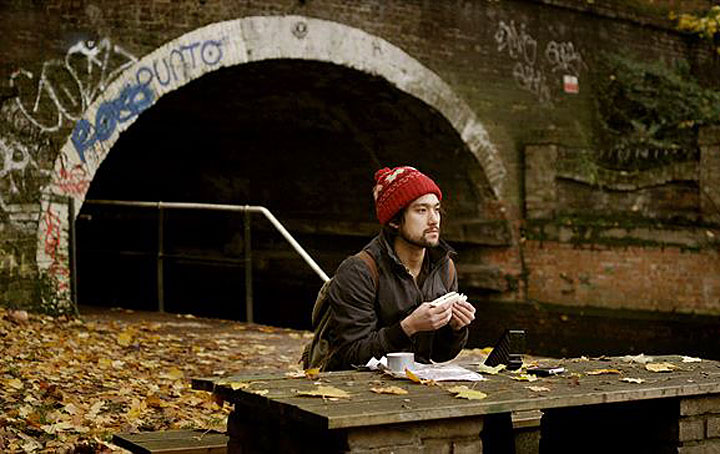 If we consider how the notion of the creative individual in turmoil has long been a part of the romanticised idea that great art emerges from pain and suffering, it is reasonable to consider the process of transference from the narrative to the audience. Taking three recently viewed films, Derek Cianfrance’s The Light Between Oceans, Chanya Button’s Burn, Burn, Burn and The Darkest Universe, all three I found to compel within me an energetic contemplation in their sadder moments. Hence, this simple moment of Zac lost in contemplative sadness is one that can stimulate the consideration of whether unlike the lethargy of happy emotions, sadness evokes an active contemplation of who we are, our life experiences and a consideration of what is to be human. This unhappiness and loneliness that is laced throughout The Darkest Universe’s narrative implies film can open a door to our soul, to our psychology and emotions that is both negative and positive. In such moments we are given an opportunity to experience our memories and our sense of self through an interaction with storytelling, although there are potential limitations. Outsiders, introverts and eccentric persons who struggle to belong may be predisposed to a sensitivity that exposes for them in cinema a deeper emotional resonance that is not shared by other personality types. Therein, our individual natures and life experiences can be influential in our reception of a film.

The evocative quality of The Darkest Universe remains the convergence between character and audience, whereby Zac’s journey for answers ultimately becomes a question for us to answer. Yet any answer may return us to the words of the American Philosopher, as those layers of understanding have a propensity to complicate our understanding of a mystery open to interpretation by both the film’s character and audience. On an emotional level and a narrative level the audience are invited to become authors within their individual experience, completing the work started by Kingsley and Sharpe.

The Darkest Universe is in cinemas now and is available on Amazon Video. For more information click here

Clothing and accessory staples for women 2016