Remember the days when pop music was cool and interesting. The days when the chart wasn’t clogged up with reality TV show wannabes, and the radio stations didn’t force feed us dreadful auto-tuned tripe that the record companies insist is called r’n’b. Well the brains behind acclaimed club night Bam Thwok certainly do. London based, they aim to provide a platform for those small independent bands who are working hard to get their material out to the general public.

Throwing into the mix a selection of eclectic djs’ playing all sorts of auditory delights, it has proved to be successful addition to the established gig nights that run in the capital. So successful in fact that it has produced a new compilation album, featuring acts that have appeared there in the last year.

Now, reviewing compilation albums can be a tricky thing. like receiving a mix-tape, off a new paramour, you want to love everything on it, but in your heart you know that is not possible.  The beautifully titled, Alt.Pop-Songs to Improve Your Life are quite like one of those mix tapes. From the opening  track, a lovely slice of indie pop from the Steve Lamacq championed Moon Visionaries, to the lush, soaring instrumental from The Six, Alt.Pop sets out it’s store well. Other outstanding tracks include the country inspired Table for One by Morton Valence, and the edgy brilliance of Vessels by Our Lost Infantry. Things do falter occasionally but not drastically enough to hinder your enjoyment.  All in all a well thought out collection of songs that really deserves a listen. Put simply, if this were a mix tape, I’d certainly be looking forward to a second date, and am certainly looking forward to the next volume from Bam Thwok.

Alt.Pop Songs to Improve Your Life is available from www.palefox.co.uk
Details of forthcoming Bam Thwok nights, can be found at www.facebook.com/BamThwokClub 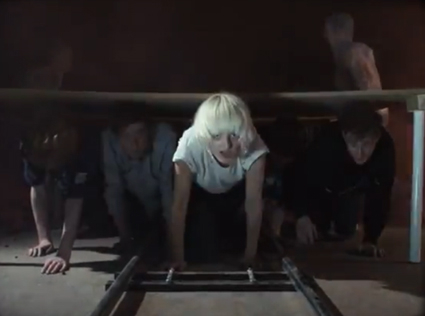 Evans the Death may be a rather morbid band name – it is actually ...

Massive Attack: A Bristol Story – New book by Melissa Chemam I do love ...