As another Tribeca film festival has drawn to a close, and Tribeca ‘14 takes its place in our memories, it seems fitting to take a moment to celebrate the often overshadowed short film that the festival has proudly championed since its inception.

FLUX had the opportunity to speak with Tribeca’s head of short programming Sharon Badal to discuss not only these three films but also her thoughts on Tribeca’s ethos, as well as the creative process and the place of the short film in modern cinema.

You have spoken about how the Tribeca Film Festival was first brought about to revitalise lower Manhattan following the 9/11 attacks. Reflecting on the passage of time since 2001, has Tribeca achieved its purpose, and how has it changed the landscape of lower Manhattan?

“I have been with Tribeca since its inception, and what’s great about the festival is that it is for the public; it’s not a locked down industry festival. We have so many free events for New Yorkers, tourists and generally whoever is interested in attending. So I do believe that initial mission of helping to revitalise lower Manhattan and to be part of the fabric of New York has definitely taken place. I like to think of Tribeca as an inclusive rather than an exclusive festival.

Of course festivals naturally change, and we’ve been around a while now. By change I mean to always look to try something new, and this is what maintains a lot of the energy for us. People want to see what’s new this year and what we will be doing next year.

In addition to the slate of films we certainly have our staple features that include our drive in, the family festival and of course our Tribeca talk series. But every year there are different elements that come forward, and that is always very exciting; after all change is good.”

It ties into the idea of making cinema more accessible. Cinema can be too geographical, and this restricts access to films. Cinema has always been intended to be a crossover art form, to cross over geographical boundaries, and so it is essential to open cinema up to the public. Looking ahead to the future of film, cinema should want to embrace change and evolve, and that’s a good way to perceive Tribeca in relationship to the audience.

“I think so too, and last year we had Storyscapes, which was something new for us because the whole concept of interactive filmmaking in transmedia was something new. So I love the fact that we are always looking to see what is out there, and what new entertainment we can bring to the public.”

Three UK shorts were selected to play at Tribeca this year. What was it about these three shorts that stood out to you?

“Well first of all they couldn’t be any more different – let’s just say that. Part of what we want to do is to have a nice combination of international film and domestic film, and these three particular shorts each stood out for different reasons.

Stew and Punch: Simon Ellis is a brilliant filmmaker, and I loved Soft, and was very much looking forward to seeing what he did next. It is very difficult to shoot an ensemble piece of this duration that takes place at a dinner party. It could easily come off as chaotic but it doesn’t. It is very well directed, and what is refreshing is that it is such an ensemble and dialogue driven piece.

Quite the opposite is The Phone Call. Now it takes someone of extraordinary talent like Sally Hawkins to capture the viewer’s attention in what is basically a one person film. Whilst we do hear the caller on the other end who is a well-known actor, it remains her physical performance that sustains the viewer, and to direct that is a really tough task. So The Phone Call and Stew and Punch couldn’t be more opposite to one another.

Then let’s talk about The Body. I personally love a genre film, and we loved this for our late night shorts programme “Totally Twisted.” The whole set up to me is extraordinarily clever. The writing is terrific, and to actually set-up the idea of when else a serial killer could drag around a dead body and not be noticed but on Halloween. It has a fantastic set-up, it is executed well, and the escalation of the piece is also terrific as well as surprising – I will not give it away.”

Short films are good training for filmmakers to cut their teeth, but do you think shorts are something a filmmaker starts out with or do you think they can appeal to established filmmakers?

“Short films are like short stories; they are not meant to be features necessarily. But short film is a wonderful art form in and of itself, and it allows for one hundred per cent creativity. There are no expectations in terms of story structure – stylistically or spatially, and so it can be a stepping stone, but it can also equally be a creative artistic expression. I see a lot of actors directing short films because it allows them to experience the role of director in a manageable way.”

Total freedom and the lack of expectation can make for a greater challenge than when one encounters the restrictions of being forced to work within a tight three act structure, and develop various arcs. Each of these short films despite that challenge appears to have succeeded.

“Again everything grows from the story. The story is the seed of the tree and without that strong writing you can’t bring that project to fruition. So in those cases, even though we are talking about total freedom, we are still talking about the craft of storytelling. That’s what each one of these has.”

We are seeing something similar with Locke, and it will be interesting to compare and contrast The Phone Call to Steven Knight’s one person film and to look at how two directors can create something that is very different but that is also very similar.

“I agree. That will be very interesting to look at how each director has the same palette of paint colours but the way they put them on the canvas is entirely different.”

What Mark Cousins always manages to bring across in his work is how each film exists in and of itself, but then also belongs to a cinematic context. Whilst you may judge a film them on individual merit you are then forced to consider them within a context.

“That’s what we do with the programme. You start in a very isolated environment, where it is you and that one film. You are evaluating that one film and then when you get through that colander, when you have sifted through and arrived at that final batch that you like, that’s when it’s compare and contrast. It is at that point that you look at what plays well with something else, and what transitions an audience from comedic to dramatic or dramatic to comedic?

My team and I are one of the best shorts programmers because we spend so much time on the programme. We cerebrally think about what the journey is for the audience from the first short to the end credits of the last short when the lights come up. What exactly is the journey? Each one of our programmes has a very distinct journey to it. It’s not just stringing them together like pearls on a necklace. It’s about curating an experience for the audience, and that’s why these three shorts are in three different programmes. You can imagine that they wouldn’t play well together in the same programme.”

Genre cinema is sometimes dismissed as being predictable and lacking creativity. But genre cinema forces a director to be creative in order to surprise the knowledgeable genre crowd. The filmmaker indulges in a little gamesmanship with the audience, where the filmmaker is constantly trying to surprise them whilst they are learning the bag of tricks.

“That’s why I love doing late night programming because I don’t like to marginalise these films. These films in production value – directing, writing and acting can stand nose to nose with what we consider the traditional narrative of storytelling of shorts.

I agree, and I like to give those films the opportunity of standing nose to nose. They are all in competition just like the rest of the shorts. Especially when it comes to comedy versus drama, many filmmakers feel that to be taken seriously they have to create a serious film. We know that comedy is tough to master and so you also want to have a balance of comedy and drama in the shorts programmes. You need that diversity and you don’t want to side-line a funny, snappy comedy. It should be allowed to stand nose to nose with the good drama because it can, and what I like about our programming is that from our perspective all the films are created equal.”

How do short films feed into the industry? What is the place of the modern short film?

“That’s a tough question to answer because in my dream world, short films would be revered a little more than what they are. I do think that as our general population’s attention span gets shorter, they might be more willing to accept short films as an art form, and not just as some YouTube dancing cat video. But their place at the moment is on the festival circuit, and that’s where the shorts get the most exposure.

Fortunately Tribeca has other initiatives that we are pondering to help these shorts reach a bigger audience. In fact I do a column every week on our web site called Sharon’s Shorts, where I show a short that is available somewhere on the internet, and which I think deserves a bigger audience.

It is going to take a good housekeeping seal of approval to point the public to good shorts so that they embrace them a little more. I don’t think we are going to see them in movie theatres, and I don’t think they are going to make a resurgence on broadcast. But I do think that through direct internet access and some sort of guidance that people would be willing to take more of a little peak.”

I enjoy reading literature, and one of the things to appreciate within this art form is how so many of the great writers have embraced both the novel and the short story. It’s such a shame that cinema has pushed its short medium into the shadows in favour of feature filmmaking. Hopefully Tribeca and the other film festivals will educate people over time so that it will be possible to change this.

“Listen, just someone like you writing about this subject alone, will bring people to think about it. The championing of the short film by journalists and the media definitely helps, and I appreciate your interest in these films and your willingness to talk about them with me. I love them; I love my shorties. I want everyone to love them too. It’s nice to see other media looking at the shorts and giving them a little attention; it’s terrific.” 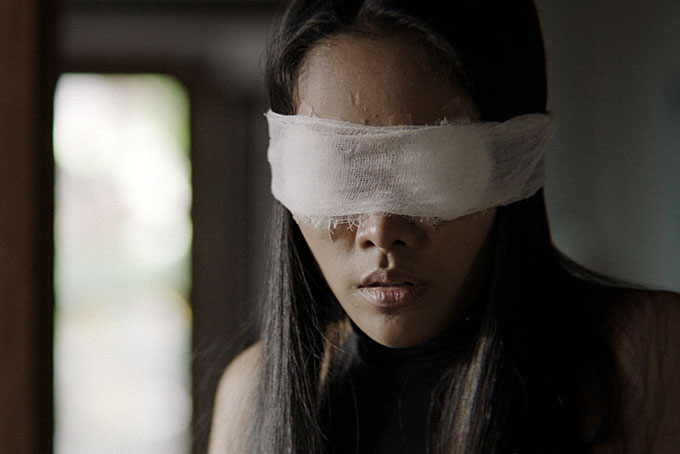