A decade on since her directorial debut feature, filmmaker Rebecca Miller has just sent her fifth feature Maggie’s Plan out into the world. Miller is a filmmaker who does not treat the filmmaking process with reverence, preferring to engage with it as an art form that affords the artist a degree of flexibility. “Each time I just like to experiment and play” she explains. “And for me it is all an extension of playing around with the kids.”

The story of Maggie’s Plan however, is one of the gamesmanship and manipulation adults are prone to engage in with when it comes to love and desire. One story that storytellers and audiences alike never cease to engage with is the comedic errors of romance or in this case the love triangle, in which decisions are made and then reversed. If the filmmaking process is one of play for Miller, then it could be said that she forces her characters to share in the games.

For our interview with Director Rebecca Miller she reflected on the common way she has approached the filmmaking process across all of her films, the need to rely on actors, and the influence of painting on both her writing and directing. She also discussed the musical nature of film and the ability of art to represent its creator. 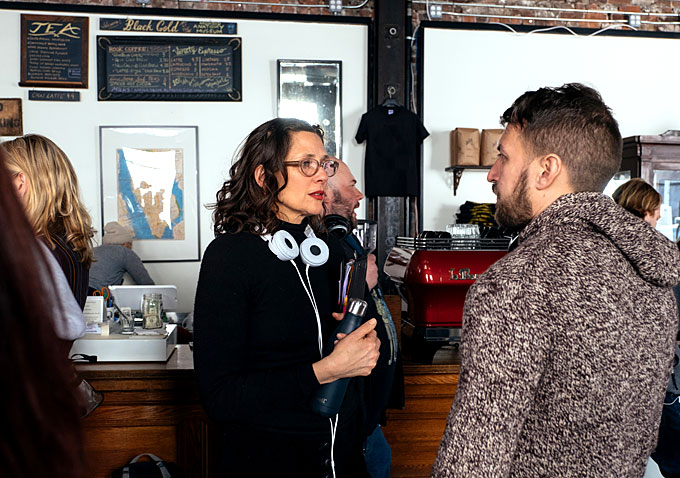 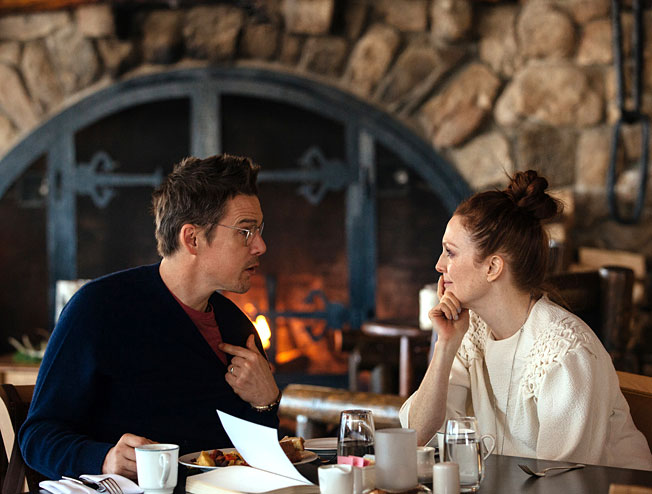 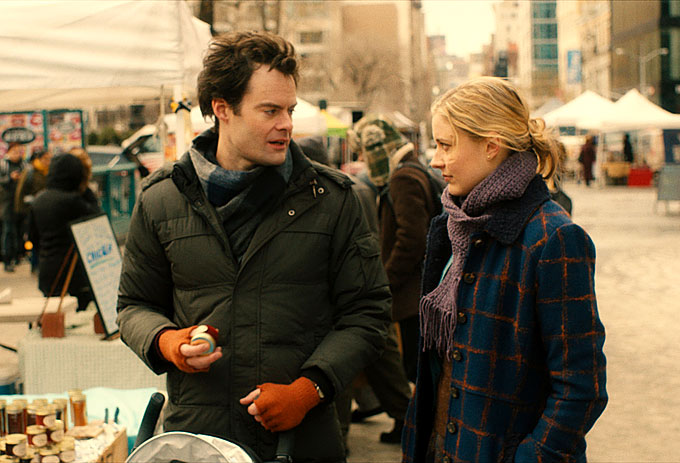 Why a creative career? Was there an inspirational or defining moment?

At the time I was living in Germany I was actually a painter. This was a long time ago – I was twenty one years old. I went to the Cinèmathéque in Munich and saw La Dolce Vita by Fellini and I realised that I wanted to make films. So that was sort of a defining moment.

Have your filmmaking experiences changed the way you watch films as a spectator – are you still able to lose yourself in the magic of film?

I definitely get lost in films and I have to see a film a second time if I want to look at it in a deconstructive way. But I just get completely lost.

Looking back from your directorial debut Angela to Maggie’s Plan, have you reached a point of maturation or is it an ongoing learning process?

I hope I am still learning and I think if you stop learning then you should probably change jobs [laughs].

Is the the fascination with the creative process whether it be film, art or music the fact that it is learning a language which will never fully reveal its secrets to us, but one which we can’t help but pursue?

Absolutely, and I do think it’s like learning a language. Even in your own language there is always more to be gained – when you grow up with English you can become a better speaker of the language. And with film I am excited to keep figuring out different ways of cinematically telling stories. Each time I make a film I try something different, something new. I’ve made films with handheld two camera situations. I’ve made films using voiceover and a montage technique of moving through time in a very free way. I’ve made much more sequential films, where it’s more of a domino affect of one thing leading to another in a straight line. And Maggie’s Plan is a little bit of both in a sense because there’s this timeline in the film, but it’s basically one event following another with quite minimal camera moves. But at the same time it is with that playful camera that has a kind of character. What I thought of was a prescient camera, which seems to know more than the people involved. So each time I just like to experiment and play, and for me it is all an extension of playing around with the kids… There is always more playing to be done.

How has painting informed your approach to filmmaking? Do you perceive it to have played a role in informing the way in which you formulate ideas, and on set has it informed the way you shoot?

Working as a visual artist for so long made me think a lot about composition and how the power of composition works, and also colour. I always paint for my films and so I have little paintings that I make to find the colour palette of a film. Every film has a one and in The Private Lives of Pippa Lee for example we had two colour palettes. We had the palette of the past and the palette of the present. In this film I thought a lot about colour, which was important to me in terms of emotion and transmitting emotion. So I would say that painting is the grounding of everything for me.

I have been told that I am a very visual writer when I write prose and maybe that’s because of painting. But I am also interested in how a film script is almost like a musical score, in that the language has rhythms. And especially with this film, which is so driven by language and words. The rhythms of the words are so important and so it’s like a score in itself. And the way that I cut the film was a lot like that – listening to it and having the humour make sense rhythmically. This explains why I think sometimes people laugh at things in the film that aren’t necessarily things they exactly understand. At one point Georgette says: “No one unpacks commodity fetishism as you do.” And that gets a big laugh. I think it is partly because it is just an absurd thing to say, but also partly because of the way she says it – the rhythms of it. Some people probably do get what’s she saying, but at a certain point if people trust the rhythms of the film and they are invested in it, then it’s more about the sound.

Once you are on set is it essential that you place the script in the hands of the actors and trust in their performances? And in so doing does it become a melody within the overall composition of a film?

Yes, I think that’s true. One of the great things about making films versus writing novels is that you are collaborating with the actors. You trust the actors because without that they become puppets, and that’s not a very nice situation for the actors or really for the director, who then just has to live with actors as they become a pain in the neck. So I enjoy working with actors a lot and I like the surprises that they give your and whether one likes to admit to it or not, you rely on them a lot. You are hugely dependent on actors to create and to maintain their characters because acting is improvisation. Although I don’t use very much improvisation in terms of words because I tend to try and write in such a way that it sounds like improvisation. But delivery and physicality in every given moment are always improvised.

I’d almost describe Maggie’s Plan as a comedic version of chess, wherein the characters are all moving around the board playing out this game with one another. But there is the element of Maggie’s character realising this and deciding to take control of the game.

There is a chess like quality to it where one person makes one move and another person makes another move, especially when it comes to Maggie putting in her bid for the plan to Georgette. When Georgette throws her out Maggie in turn decides to make one more go of it with John. When that then fails and just as she’s giving up on her plan, Georgette makes the move to say: “I’m in” [laughs]. But yes, in a way it’s all moves on a chess board.

This is of course fitting as any story or life for that matter is built on cause and affect – one move motivated by a previous one, while motivation for a future move. Film and storytelling therein captures the fabric of life as one comprised of cause and affect.

It’s very true and one of the things that the film talks about and examines is the ways in which we are different with different people. We affect each other all of the time and you can’t say for example: that person is a lousy husband. He’s maybe one husband with one person and another husband with another person. And the whole idea of the gardener and the rose sort of feeds into that idea to.

Speaking with Carol Morley for The Falling she explained: “You take it 90% of the way, and it is the audience that finishes it. So the audience by bringing themselves: their experiences, opinions and everything else to a film is what completes it.” Would you agree and do you perceive there to be a transfer of ownership?

Well I certainly feel that way with this film because it seems like it does belong to the audience. They are going to have to make of it as they wish, partly because I feel it is so much a film for our moment in time, and for people right now.

German filmmaker Christoph Behl remarked to me: “You are evolving, and after the film you are not the same person as you were before.” Do you perceive there to be a transformative aspect to the filmmaking or creative process?

Definitely because I think if they are made honestly, all pieces of art are self portraits of the person making them. Even though film is such a collaborative art, if there is a real auteur behind it, then that person imbues the film with who they are, and what their concerns are at that moment. And I feel like you can’t go back and make films that you made ten years ago. I couldn’t make The Ballad of Jack and Rose again and I couldn’t make Angela or Personal Velocity: Three Portraits. But at the same time there is something in that each time you make a film you learn so much, and it’s transformative. Now the fact that I’ve made a film that although it’s a mix of drama and comedy, it’s dominated by comedy. This is something that I hadn’t done before, and being able to play with this tone has opened a lot of doors for me in terms of what I think of as being possible.