Debuting feature filmmaker Diego Quemada-Diez tells us, “I just had to express the great suffering of these many human beings.”

If the lens of the camera can be a window onto the world, enabling film to serve as a socially relevant art form that humanises and commentates on real life stories, Diego Quemada-Diez’s The Golden Dream despite its optimistic title is the story of suffering that focuses on the tragic chapter of migration that mars the contemporary world.

Through the story of a group of youngsters who set off to fulfil a dream of a new life in the United States, Quemada-Diez highlights the humanity and innocence of the migrant – youth and the attempt to discover a better future that stretches ahead of them beyond the horizon.

FLUX sat down with the writer-director in a conversation that set out on its own journey, rendezvousing with George Stevens classic American western Shane before concluding on a reflection of tragedy and suffering. But as Quemada-Diez explained, there are many layers to his Golden Dream, including some lighter shades mixed with a touch of the poetic, and offered a thoughtful insight into the creative journey through exploration.

Why a career in filmmaking? Was there that one inspirational moment?

I was four years old when I first watched George Stevens’ Shane, and it made me cry. It was on this little black and white television set, and I recall thinking that one day I want to make other people feel what it is that these people made me feel.

The power of filmmaking is incredible – it is almost like light, but enhanced. I actually don’t know how to describe it other than to say that a film can be a powerful thing. Shane inspired me to one day want to make films, and so that was my earliest memory.

The Golden Dream is an accomplished feature debut both narratively and stylistically. What influences or ideas lie behind your directorial approach?

Both of my parents were quite the cinephiles and so I watched a lot of films when I was young; especially with my father. My mother was a literature teacher and my father was a commercial salesman. With my father I would watch mostly action films by directors such as Sergio Leone, Francis Ford Coppola and Martin Scorsese, whilst my mother and I would go to see more art house films by Rainer Werner Fassbinder, Ingmar Bergman and Werner Herzog. So I wanted to make films that would be entertaining, yet would also be a reflection of our contemporary reality, and would discuss universal human issues. So I have strived to try to combine these two approaches.

But there were no film schools at the time in Spain, and I couldn’t afford to study abroad. So I had to start working, and I thought I’d start working on films to work my way up the ladder. The idea was to learn at the same time as I was making a living, whilst never losing track of one day wanting to direct. I was lucky to work with Ken Loach, and some of the methods I applied in The Golden Dream such as shooting in continuity and approaching it so the characters do not know the story, but rather discover it as you film them came from him. It was about making the shoot a journey for the actors, the crew as well as a journey for myself.

It is much easier if you are working within a process because everybody has a natural evolution. Also there is the consideration of the human point of view by keeping the camera level with the eyesight of the characters, and never placing it out of their eyesight. In addition by not using tracks, cranes you can maintain a simple human point of view whereby the camera becomes an observer.

Film is an extremely manipulative medium wherein we put people in a dark room and we show them a little piece of reality. So there is a big responsibility, and I’ve found that films are a powerful tool to make people think and to feel. Film can also act as a mirror for our contemporary world, serving as a means for us to look at ourselves in order to have a positive impact on our reality and our decision making. But manipulation can only be justified when there is a poetic intention, and this poetic intention needs to be related to the creation of empathy for another human being.

You’ve said, “We’ve constructed the narrative of the poetics of this odyssey from the testimonies of hundreds of migrants, and from the personal sentiments of each and every person who participates in the creative process.”

We were talking about how film is similar to a big lie or construction that we make-up, and so the question is how do we find a way to create or include some truth in a movie? One of the ways I felt this was possible was by shooting in continuity, and as the actors discover the story it is a real experience for them, and all you are doing is filming it. So that’s one way. On the other hand I try to inspire everyone involved to share my own truth of what it is to migrate to another country as I did seventeen years ago.

The actors and the extras in the film were real people, and I wanted them to bring their own truth to the film. For example, when Chauk gets on top of the tree when he’s annoyed, he showed me that in a workshop. So you start grabbing elements from the actors and putting them into the film. The characters in a way are a blend of fictional imagination, the documented reality and their own reality. So there is always an element of truth.

The way I worked with my cinematographer Maria Secco, I wanted her to feel and to breathe with the actors. So there were many times when I would have her and the actor in front of each other so that they could breathe at the same time. Of course these are the different techniques you explore in order to try to connect, but also to find some truth during the shoot. The most important thing is to try and focus on the intention, theme, idea, concept or the contrast of the opposition of ideas that one wants to work from. In the case of The Golden Dream it was the idea of borders or brotherhood beyond race or nationality.

The Golden Dream possesses a poetic feel that gives the impression that the poetry has been woven into its fabric. You mention the poetry of the testimonies, but was poetry a broader influence for you?

I worked a lot from poems, and there were six or seven I read regularly which inspired me, and I shared them with some of my creative team to inspire them. The poems are not in the film but somehow I tried to or I hope that a poetic layer is present.  I also wanted to work from metaphors, to have a strong narrative layer, and to also have both a poetic and a political layer.

So thinking of the poetic layer how do poetics in film work? Well you need visual metaphors or visual opposites like the train and the human beings; the clash of human and machine. Also I tried to work a lot with cages, and of course the birds which were another opposition.

But you also have to be an orchestra director. There were a lot of elements that didn’t work for the film, and so you are constantly making choices. But when you focus on the intention or the theme you somehow begin to develop a sense of what works for the film, and on the other hand what does not. A lot of things were changing all of the time, and every day on set we were rewriting the dialogue. The ending of the film I decided two weeks before filming, whilst the disappearance of the girl came four or five months before shooting. So there were a lot of decisions to make within the process.

Did the film come from a place of anger, hope or cynicism or was it a means to channel your frustrations and to talk about real life events?

Well I wanted it to channel the testimonies of other people, and to tell the story that they had told me to people all over the world with the intention that it would have a positive impact. So the film came from a place of hope, but at the same time I had to honour the material, because I couldn’t tell it as a comedy. On the other hand despite some of the horrifying testimonies I chose not to tell it as a horror film even though there were moments that would have justified such an approach. I made it lighter than it is in reality in order to make it an entertaining film, to make it funny, and to make it watchable for an audience. But at the same time I had to honour what I wanted to communicate, which is that there is this real life tragedy, and the fact that I wanted to make a statement with the film. So by having to honour the testimonies, I was required to compromise with them.

From before to after, how has it influenced your view of this real life tragedy?

Politically, unless we change the way we are approaching the problem of migration there is going to be more suffering, because the focus of the solution is the militarisation of the borders, the repression of and criminalisation of migrants. There is also the structural problem in the relationship that exists between the north and the south, and I was keen to question the issue of globalisation. I also wanted to have an impact on the way someone from Kansas for example would perceive an undocumented migrant, and I hope that after watching the film it will alter their perspective, and they will both see and feel that there is a human being there; somebody who has suffered to arrive at that place.

But there is great deal of suffering created by the situation of the criminalisation of migrants, and there are over a half a million people in prisons in the United States whose only crime was to cross a border. There are a huge number of deportations every day, and millions of families are separated from one another because of the border and migration policies. I just had to express the great suffering of these many human beings.

The Golden Dream is showing now in UK cinemas. 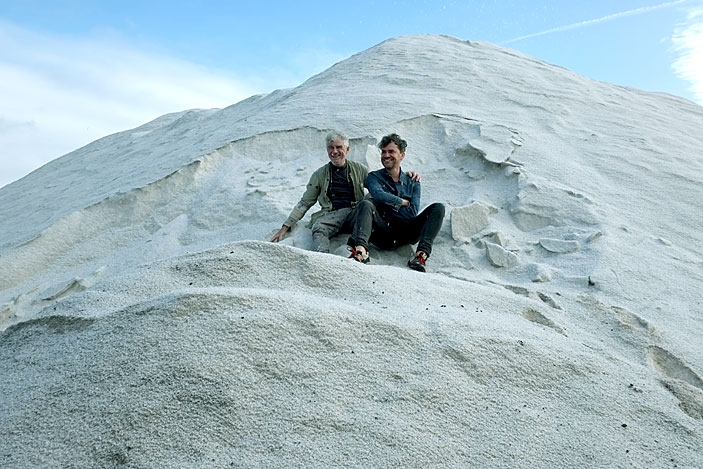 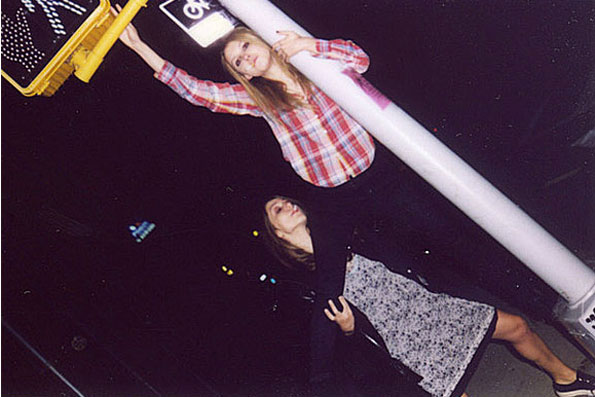 One point or another, many of us get to a point where we feel ... 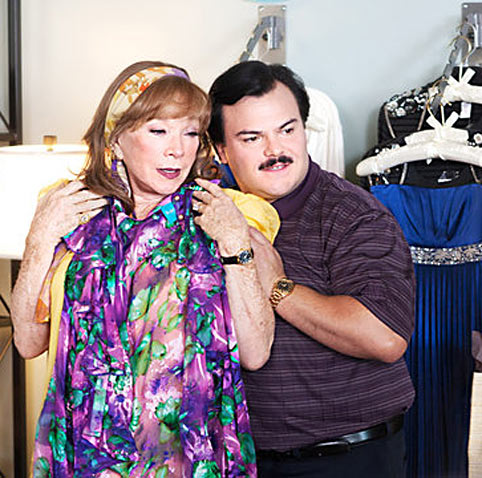