There is a moment in Director Ciro Guerra’s Embrace of the Serpent in which, following 90 minutes of captivating black and white cinematography, a tiny, almost unperceivable trace of green appears. It appears as the camera sweeps over the dense canopy of the Amazon rainforest – or so I thought.

Embrace of the Serpent trailer

The fact that this phenomenon of imaginary colours is so common amongst audiences is testament to the evocative power of Embrace of the Serpent. The film centres on the search for the mysterious and rare ‘Yakruna’ flower at the turn of the 20th Century. Revered by the indigenous Amazonian peoples and said to hold the power to heal, enlighten and even invoke spirits, Yakruna has attracted the attention of Theo, a German ethnologist. Theo enlists the help of the ‘warrior-shaman’ Karamakate to help him find the flower, in the hope that it will save his life. The absence of colour in the film mirrors, perfectly, Theo’s desperate search for the Yakruna. It is as though the only colour left in the entire rainforest belongs to this single and elusive flower. It speaks equally to the internal landscape of Karamakate, a man who is witnessing, day-by-day, the destruction of the indigenous way of life (and indeed the indigenous people themselves) by the ongoing colonisation of the rainforest by rubber barons and Christian missionaries. His, too, is a world drained of colour.

Although the screenplay borrows elements from the diaries of German ethnologist Theodor Koch-Grunberg (Theo) and American biologist Richard Evans Shultes (whom another character is based on), Guerra is keen to stress that “it is not an ethnographic document at all.” Instead, the events and observations of the diaries form the backbone of certain scenes. Guerra explores the contradictions of the time and setting with mastery. One such scene has Theo discover that the tribe that he and Karamakate are staying with have stolen his compass. Theo despairs. But his despair is not for the loss of his private possession. He laments what he sees as inevitable – that the traditional navigation skills on which this tribe has relied upon for generations will be rendered obsolete and, ultimately, disappear as a result. In response, Karamakate chastises Theo for seeking to hinder the spread of knowledge, which he regards as belonging to ‘all men’. Guerra states, “the scene works because no one is right and no one is wrong. That is one of the most difficult things to find.”

Embrace of the Serpent is filled with such moments. As Karamakate and Theo navigate an Amazon filled with brutality and chaos, where the very survival of the indigenous peoples seems uncertain, every action they take seems to hold as much significance as it does futility. For example, Karamakate’s secret attempts to share traditional knowledge with a group of orphaned indigenous children, in defiance of the zealous Christian priest with whom they live, has dramatic consequences. We witness these in a later scene, when Karamakate returns decades later to find a chimerical, cult-like cocktail of indigenous and Christian beliefs has taken root. Here, again, no one is right. The only truth is the inherent contradiction at play.

Perhaps it is in these contradictions – the spaces of moral ambiguity – that we catch a glimpse of what Guerra describes as the “deeper truth” that he is seeking to portray. This ‘truth’, alive within the many contradictions, conflicts and unanswerable questions presented in Embrace of the Serpent, is reflected perfectly in the monochrome rainforest. It is afterall, a rainforest which conjures, for some but not for others, imaginary colours.

Embrace of the Serpent film is out now and showing at selected cinemas. See embraceoftheserpent.co.uk. THE DVD is released in September in the UK. 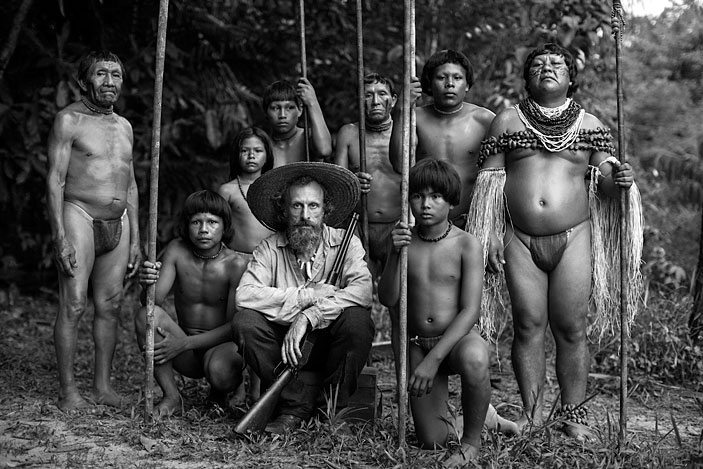 Backstreet Boys Documentary: Show ’em what you’re made of

Introduction Charly Suggett Interview Claire Lomax It would appear that Backstreet may be back, ... 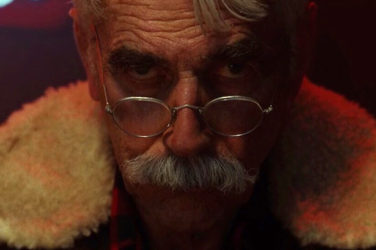