French filmmaker Anne Fontaine exposes another chapter of cruelty perpetuated in World War II, all the more shocking as the liberation of Poland by Soviet soldiers led to the rape and impregnation of Benedictine nuns.

Appropriately titled The Innocents, the film is an emotionally evocative study of the extreme challenges of reconciling faith with the cruelty of fate.

Lou De Laage plays Mathilde Beaulieu, a French doctor with the Red Cross who becomes the only hope for the group of nuns who can turn to no one other than herself outside of the Convent walls.

Speaking with Flux at this year’s BFI London Film Festival where it premiered, director Anne Fontaine guided us through her collaborative journey of bringing this story to the screen. 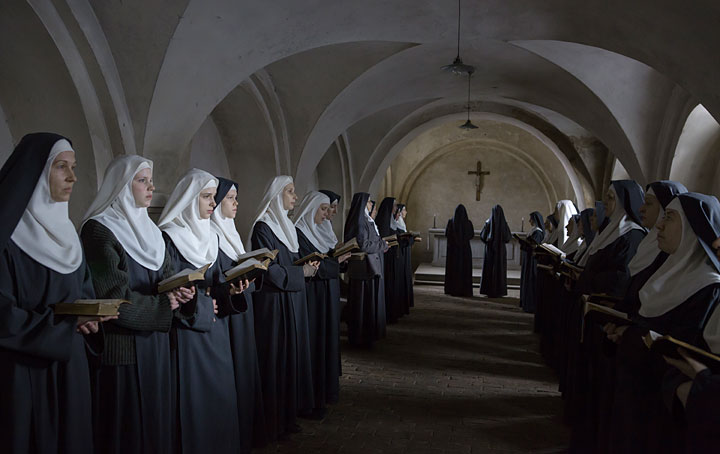 “Well I came across it through two French producers, the Altmayer brothers [Nicolas and Eric]. They invited me to have lunch at the end of which they said: “We have an amazing story for you that you can’t refuse.” I asked why they would say something like that because it’s rare for producers to say that to a director. Of course they knew my movies, but I couldn’t imagine that it would be this kind of story. They told me they had met the nephew of this young French doctor from the Red Cross at the end of the Second World War that had kept a diary. They described to me the situation in this Convent where there were many pregnant nuns, which was a shock to me at first to discover because I didn’t know about it.”

“There was a treatment written by two young female scriptwriters and my producers made me read it, and after reading it I thought if I was to do it then I’d have to do another version. But it was powerful enough for me to think I could make an intense and emotional movie that would speak about very important things such as faith, maternity, violence, law, disobedience and positive disobedience. There was something inside of me where I felt a connection with this story and this made me believe that I could do the movie.”

“I had done many versions of the script so that it was the most complex it could possibly be. What helped was for myself to take some retreats to the Convent, to be closer to the rituals and the reason for this life, which is very special when you are in a community. I tried to be as close as possible myself and afterwards it of course influenced the way I directed the movie and the actresses because I felt the concrete experience of what it is to have this kind of life, and also the fragility of the faith that interested me a lot when I met the people at the Convent. We spoke about that and also I tested my story on them, the scenes, the songs and I really constructed the movie step by step. After that I did some rehearsals with the Polish actresses to create this solidarity because I didn’t know Polish at all. So one month before shooting I rehearsed in the convent even if the location wasn’t finished and in that moment I experimented.” 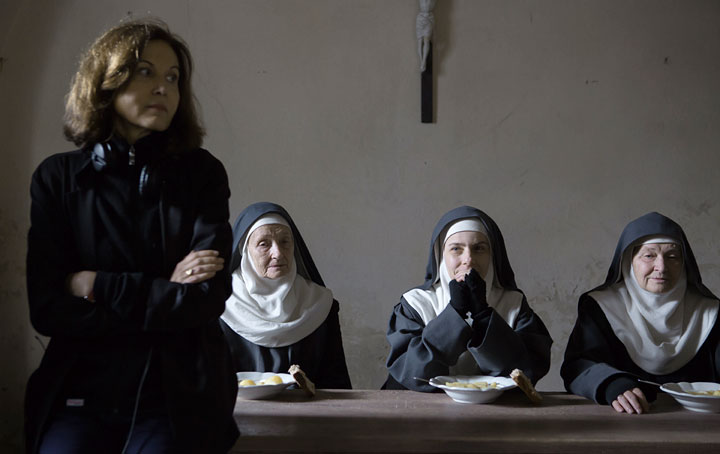 “The shooting was very intense because it was complicated to be in this place everyday in the winter, but it was also the movie, and it was good to be with them to evolve it day by day. They were so involved in the process that they were instinctive about their characters and could tell me things, and propose that I change things. I had a very deep collaboration with them and it was very important for me because it’s their country, it’s their story, and it’s of course mine as well, but it was a very interesting way to work. I always try to work like that, but this story and the fact I was far from my country also meant that I was a foreign person thrown into another world, like Mathilde was in the Convent.”

Pictorial Expression Amidst Truth And Beauty:

“Sometimes if you pray and you think, you express more than if you speak with dialogue. The situation for these nuns was so strong and was so much without words that I tried to have moments of nothing, of only praying, of staying like that and thinking. I thought faces would express more of the mystery of the violence that lives inside of them than words would for psychological explanation. Also my choices were very personal for the music. At the beginning for example when the young nun transgresses and goes out into the snow, through the forest to find a doctor, usually you would put music on this kind of scene. After a while I felt we had to film the way she finds it difficult to walk through the snow and I felt that it was stronger to hear her breathing, and the noise of her feet on the snow than to use movie music. I have used very little film music instead using Latin songs because I thought it was also true and beautiful. The emotions have to be completely pure and not done to make people cry. I don’t like it when a movie tries to push you to be emotional. I like it when you fight against the drama and you are emotional because the strength of the story is strong enough to make you cry or feel something about those questions you do not have the answers to. For me what is important in the story is to ask questions and to be different, but not to give a moralistic point of view.”

The Innocents is playing in UK theatres courtesy of Picturehouse Entertainment.

Peak Performance and Nutrition – Why It Really Matters! 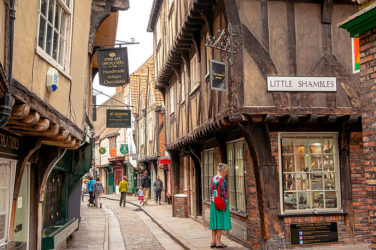