During the lead up to Captain America: The Winter Soldier‘s release everyone’s been noticing that Robert Redford is in it, and that it has a conspiracy at its centre; from which they’ve concluded that the film must be a 70s style conspiracy thriller.

Which makes the genre sound like a rather simple construct: Redford + conspiracies = 70s conspiracy thriller. Now everyone is seeing the connection. But like most conspiracy theorists they’re seeing something that isn’t really there. 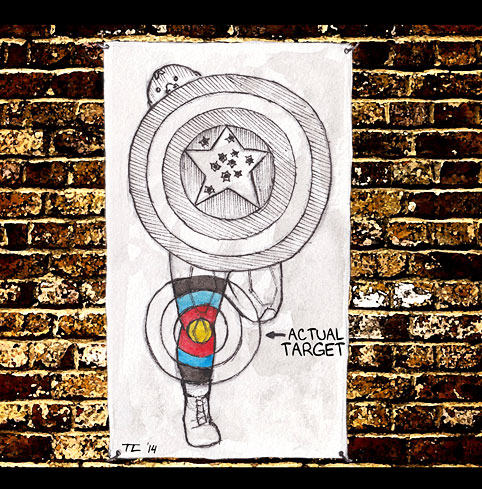 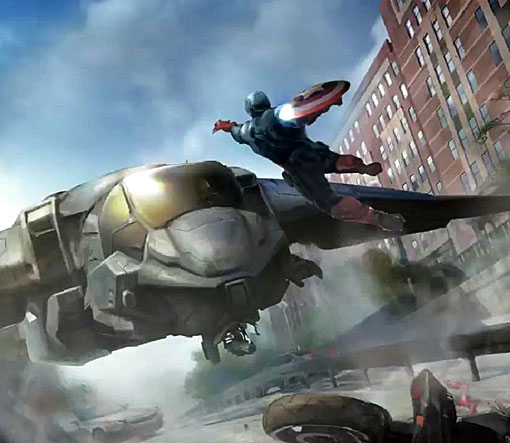 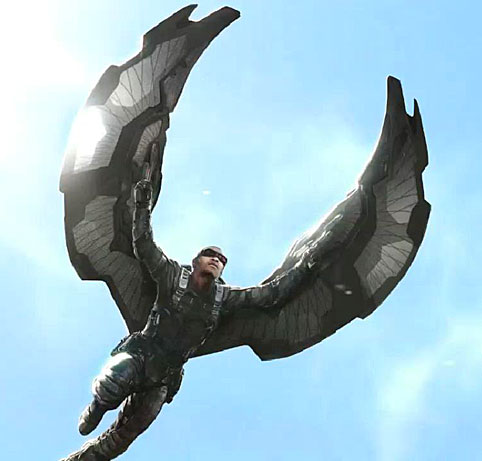 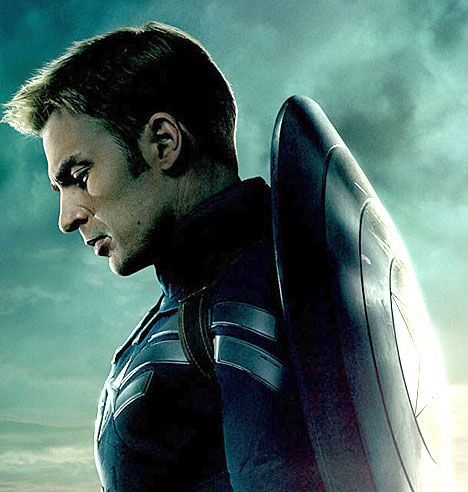 Picking up a little while after Avengers Assemble, Rogers (Chris Evans) is still adjusting to life in the modern day. He spends his nights handling missions for SHIELD, although any morally grey tasks get passed on to the less ethically stringent Natasha (Scarlett Johansson) since her boss, Nick Fury (Mr. Samuel L. Jackson), believes his all-American boy scout has a blinkered and idealised view of the world. Nick’s boss, Alexander Pierce (Redford), is even more of a pragmatist, and is intent on shoring up the world’s defenses so that all the really bad world-ending stuff stops happening. The slight knock on effect of his plan is that the Free World’s idea of freedom might change a tad. Throwing a spanner in the works of all this is our other titular character: The Winter Soldier, a mysterious masked menace.

Despite Rogers being one of Marvel’s least interesting characters the setup is interesting. Rogers is the embodiment of everything America can be but that image doesn’t fit well with SHIELD’s foreign (or domestic) policy. Seeing him deal with that would have been more than just engaging, it would have given Evans something to do for once; but there’s little to the setup beyond the tagline. The Russos are more interested in slightly above average bombast, and on the odd occasion when the film achieves comfortably above average bombast it’s hard to care. There’s a certain irony that for Captain America to work, the henchmen of yore (particularly the early-Bond era iteration) have had to go from never hitting their target to always hitting their target. Every shot is either a headshot or body-shot, and every one of them ricochets off the Cap’s shield. Why no one aims for his legs is one of the Marvel Universe’s greatest Mysteries.

As for the other characters, Jackson is really just a glorified extra; The Winter Soldier feels like an afterthought who might have amounted to something if he weren’t played by a charisma vacuum; and Johansson’s still-not-interesting-enough Natasha is used as a half-hearted love interest. A subplot that’s scuppered by the fact that Evans has more chemistry with a bearded Apple Store Genius. (No, really).

If Captain America: TWS really wanted to work as a 70s-inflected conspiracy thriller than it would need a conspiracy that couldn’t be unravelled at a glance. Instead, in a story where we’re told to trust no one and that nothing is at it seems, you’ll mistrust exactly the right people and know exactly what isn’t as it seems. The film has more in common with later decades: taking the 80s indifferent attitude to felled henchmen, some of the action set pieces from the 90s (the opening feels like Under Siege if it were condensed to just 6-minutes), and from the 00s and 10s the Russos borrow the big bombast (most notably the money shot of huge-ship-crashing-into-big-city, which is a particular favourite right now).

Cap 2 briefly aspires to the touchstones of the 70s, but too quickly gives in to the often overblown stylings of the years that followed. On the bright side, it’s better than the first one.

The Ivory Game – Film exposes this most cruel of trades

The Ivory Game – Film exposes this most cruel of trades – words Paul ...