In John Michael McDonagh’s latest, Calvary (which I have called ‘Calgary’, ‘Cavalry’ and ‘What ﬁlm are we going to see again?’, and I apologise to Mr. McDonagh for my ineptitude in this matter), he proves he’s just as capable a writer as his brother (Martin, In Bruges), but perhaps not quite as capable a director.

Getting its ﬁrst act over and done with in a single scene, Calvary opens with Father James Lavelle (Brendan Gleeson) in the confession box, listening to a parishioner tell him that he’s going to kill him because he’s a good man.

Why kill a good man? Because who would notice the death of a bad one? Odd as this sounds, in the end it turns out there’s a strange sanity to the plan’s seeming insanity. But that’s for the end, which is a good seven days away: the amount of time given to Father James to ‘put his house in order’. And it’s a rather cluttered house: his daughter (Kelly Reilly) has returned home after an attempted suicide, an older member of the congregation has been ruminating on doing the same, another parishioner is thinking of doing it to others, whilst a previous member of the ﬂock (Domhnall Gleeson) has done it already (several times in fact), and that’s just the ﬁrst few troubled souls. There’s also a misanthropic millionaire (Dylan Moran), a cuckolded husband (Chris O’Dowd), a nihilistic doctor (Aidan Gillen), and a cretinous back-up priest. As Father James attempts to offer guidance to his wayward ﬂock we’re trying to guess which is his would-be murderer. Something the Father doesn’t need to do. He already knows.

Calvary is very close to being spectacular, and most will judge it as such, with good reason. And, truth be told, the issues I have with it are minor and mostly due to my being particular (see: awkward), so don’t take the following too seriously. First minor irksomeness: it’s shot on digital. The format has the capacity to look majestic, as it does here during the grand sweep of its exterior shots, but when McDonagh shifts inside the look suddenly becomes muted, making the ﬁlm look, at times, like the best acted, best written episode that Coronation Street never saw. Second irksomeness: it’s theatre in disguise. It’s almost pure dialogue, the characters wouldn’t be out of place in a farce or a comedy of errors, and the few times the ﬁlm goes meta it’s almost as if it thinks it’s a play. Now I like theatre, I’m all for theatre, but a ﬁlm that feels like it (yes, whilst also feeling like TV) can seem like it’s at war with its medium. On the ﬂip side, the dialogue is a thing of beauty. Which makes for a pretty good ﬂip side.

Since I’ve started with the hyperbole I might as well continue. Brendan Gleeson does his best work since In Bruges, Reilly is quietly affecting, O’Dowd and Moran show they’re capable of playing far darker shades then they’d previously hinted at, Domhnall Gleeson (Brendan’s son) gets a single scene, but it’s a killer one (pun possibly intended), and the rest of the cast all get their big moments too. Many of them initially seemed like stereotypes, but the truth is they’re wearing their extravagant roles as masks. Over the course of Calvary’s running time those masks get gently pulled back – and it’s hypnotic to watch.

Ignore my quibbles. All told, it’s rather spectacular.

Aesthetica Short Film Festival – article by Vienna Famous I got myself a reputation ...

This is a welcome re-release of Orson Welles The Trial . Many directors have ... 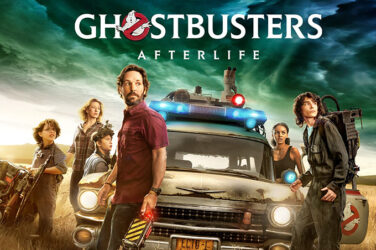 Upcoming Movies to Watch on Netflix

words Al Woods Netflix has been dominating the streaming industry for many years with ...