This track and video, Carousel Ride by Rubblebucket really stands out for us right now.

The video is set in a chocolate factory but put aside all visions that may come into your head of Umpa Lumpas and idylic fictional characters created by Roald Dahl. This chocolate factory is not such a happy place.

The song is Carousel Ride by Brooklyn band Rubblebucket which is a breeze of a track. It may be talking about the rat race but this is a letting us in on a possible escape route. Back in the video a giant pink alien being made of cakes and sweets is discovered locked inside the chocolate factory. Kal lead singer and star of the show helps this beast and herself and bandmates escape onto the sweet, sweet air and freedom.

This is a band to watch and enjoy as they rise up the ranks. The track is being bigged up by the likes of Zane Lowe and Phil and Alice on BBC Radio 1 and is much touted online and in blogger circles. We love the song and the video and invite you all to enjoy the ride.

“Our music is like being at a raging party, but in the centre of it, there’s this beautiful painting that you’re staring at, trying to wrap your mind around.”
– Ian Hersey (Rubblebucket Guitarist)

The Carousel Ride EP is out August 11th on Communion Records. 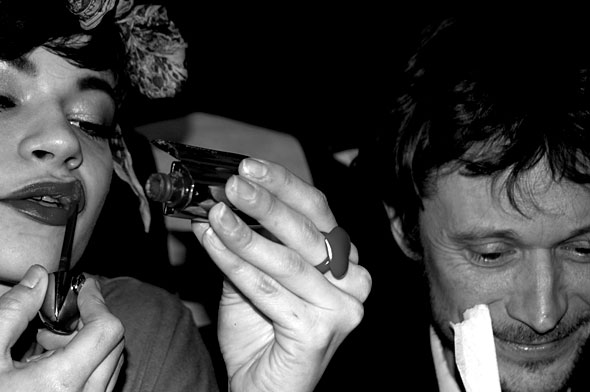