Warning: "continue" targeting switch is equivalent to "break". Did you mean to use "continue 2"? in /var/www/vhosts/fluxmagazine.com/httpdocs/wp-content/plugins/revslider/includes/output.class.php on line 3689
 Foxcatcher film – Unnerving glimpse into masculinity – Flux Magazine
type in your search and press enter

Instantly, one of the most disarming aspects of Bennett Miller’s recently released film Foxcatcher is just how quiet it is.

Most of the dialogue and camera work is left unaccompanied by any sort of musical refrain until closer to the end, leaving the film largely in a searing silence.

It works absolutely perfectly. For years, films that present a limited form of masculinity have often been adorned with explosions, guns, trophy girls and noisy mayhem through which our hero or brotherhoods need to navigate towards victory. Foxcatcher on the other hand, doesn’t aim to reinforce these stereotypes, but uses silence and the dread this, perhaps inevitably, entails to offer a more authentic insight into masculinity, exploring the kind of crises that men, particularly involved in ‘macho’ sports like wrestling, are sometimes left to silently grapple with.

Whilst Steve Carrell’s John du Pont and Channing Tatum’s Mark Schultz (both transformative roles for the actors) are physically at odds with one another, they both embody a similar insecurity. Over the course of the film, both try to construct and assert identities for themselves which others cannot or refuse to comprehend. Du Pont envisions himself as a ‘golden eagle’ coach, a fatherly patriot, who wants to command the respect and trust of all the young wrestlers he pays to live and train on his farm. This is a seemingly misplaced dream, seeing as his wrestling proficiency and knowledge are basic at best. It is, nevertheless, something he pursues and attempts to construct relentlessly, in his orations and most insidiously in his self-made documentary about his supposedly inspiring coaching and mentorship qualities.

Similarly, Mark Schultz wants to step out from behind his brother David’s shadow and earn worldwide wrestling fame in his own name and on his own terms. Whilst this desire for self-assertion initially brings Schultz and du Pont together, the power dynamic established by du Pont’s excessive wealth, his superior education and long family heritage begins to form a terrifying and obsessive mechanism for control. A scene where du Pont manically repeats the tongue twisting phrase ‘Ornithologist, Philatelist, Philanthropist’ to Schultz, to help him practise a speech he has written for Schultz about himself, is an example of the way in which he uses language to not only construct a glorious image of himself, but to wear down, humiliate and thereby control his mentee. Schultz, who exists in a shame spiral of self-harm and self-loathing before du Pont even arrives, is vulnerable and powerless to him; a man who greedily manipulates the young men around him with the promise of money and luxury, so long as they refer to him with what becomes an increasingly artificial label: ‘coach’.

The only man who seems to have a stable sense of his own identity is Mark Ruffalo’s David Schultz. In a wonderfully sensitive performance, Ruffalo presents us with a family man: a man who wants security and happiness for his children, is reluctant to uproot them for work, and who enjoys spending time messing around with them and his wife Nancy. He is the pinnacle of a man secure with himself and his identity. He becomes a figure that is loathed and envied by the other two however, even though, or perhaps because, he embodies the stability of self that they constantly and desperately yearn for.

A compelling psychological mapping of modern masculinity, and based on true events, Foxcatcher is unnerving and filled with quiet almost tangible trepidation. Although a relative underdog this awards’ season, this film is an important response to the idea that films about men are gung-ho gun fests: indeed, at the film’s beginning, a 50 caliber machine gun du Pont orders does not turn up. This film powerfully exposes men in crisis, and comments on the terrifying alchemy of self-fashioning and power. 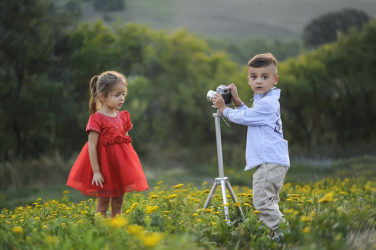 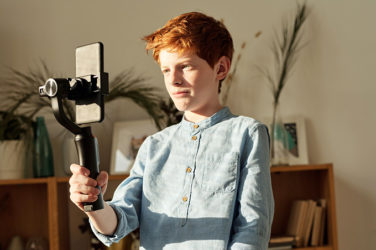 The Skin I Live In

Pedro Almodóvar reunites with his erstwhile muse Antonio Banderas for ‘The Skin I Live ...