Interview with Charlotte Jansen on her new book Girl on Girl: Art and Photography in the Age of the Female Gaze.

Arts journalist and author Charlotte Jansen’s new Girl on Girl book captures the work of 40 young female photographers. It explores how the ‘female gaze’ has evolved for artists working in a self-publicising, camera-phone-culture where more photos are being published than ever before. 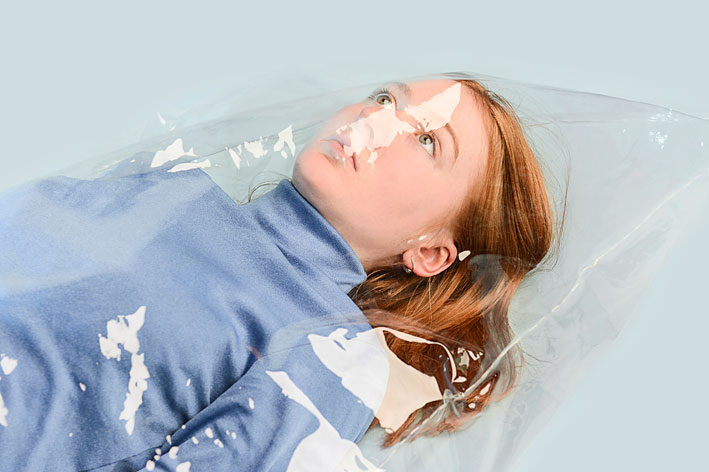 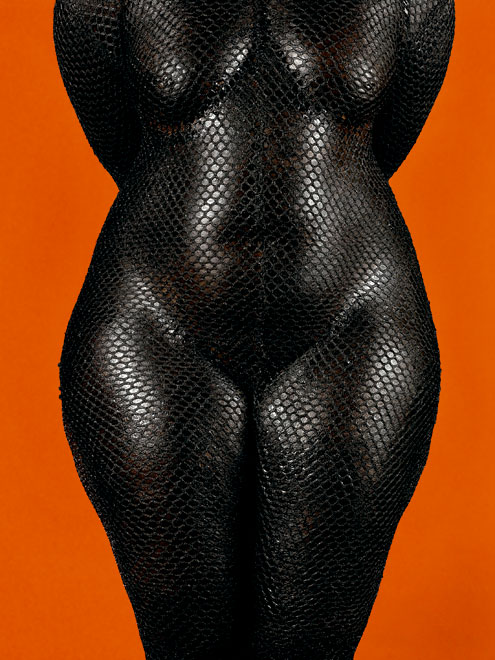 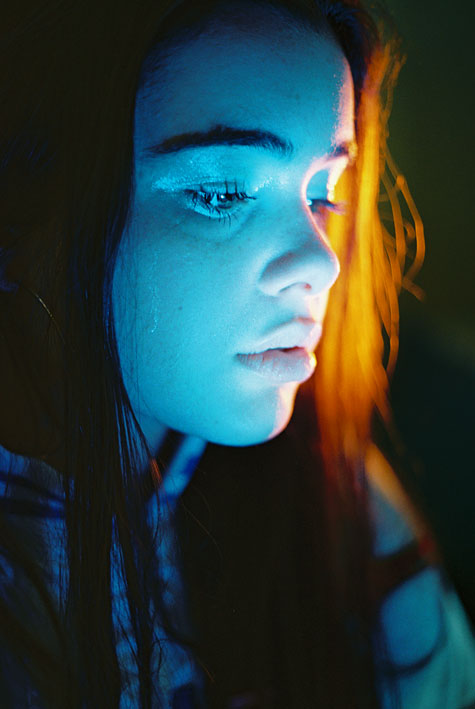 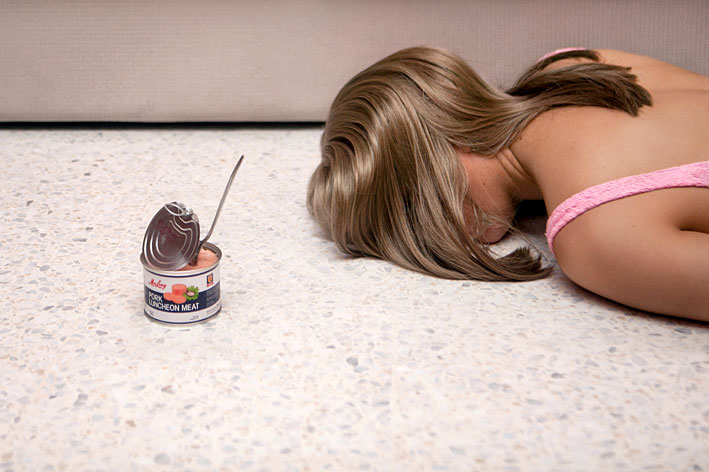 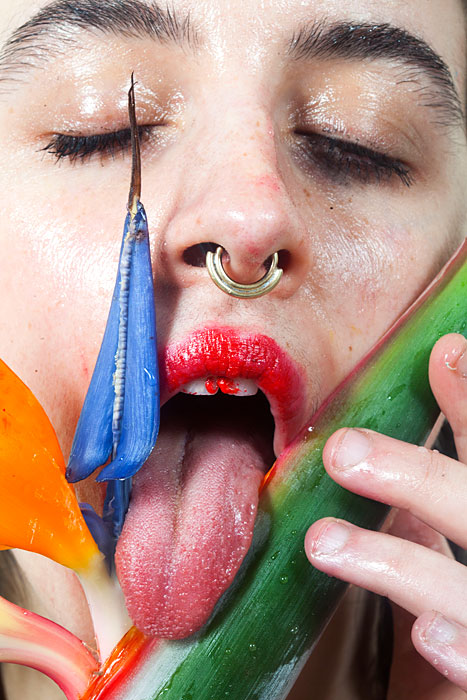 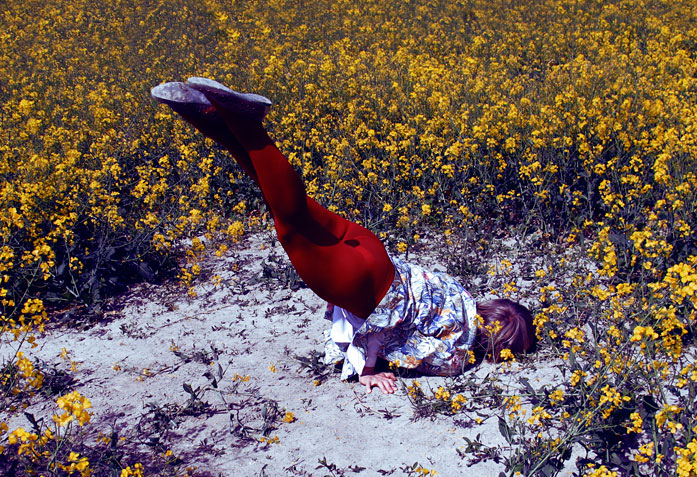 Why do think now is a fitting time for a book that explores the female gaze?

“I think our moment is very interesting — in so many ways — in terms of what women are doing and how they’re doing in. In my field, which is culture, I see that there’s a lot of energy coming from women to shift the status quo.

Social media has also been contributing a lot to the female gaze, but it risks being a Snapchat legacy — I wanted to get something into print about what’s happening now and hopefully to also allow us to meditate on the photographs women have been taking of themselves and others for a little longer.”

How did you go about selecting the photographers?

“I used every resource available to me, digital, living, or dead! I read books, went to exhibitions, trawled Instagram, talked to people… of course, I already had a list in mind for some time before I began, as an arts journalist I’d come across quite a lot of women who were working with the female subject, and had written about some of them before.

Then it was a matter of narrowing it down to 40 (mostly because of publishing restraints) and making sure there was a good selection that could really show how influential these very diverse female photographers have been in our visual world of the past 5 years or so.”

Girl on Girl is a tongue in cheek title that evokes a sense of playfulness. Do you think that when women photograph themselves, or one another, they have more fun than if a man were behind the camera?

“Definitely! This was something I understood loud and clear from the women I talked to and you can sense it in the images too: the energy is different and the feeling of creating something together, as women, is very special.

It’s important to have fun and to see that element of fun and playfulness throughout a lot of the photographs in the book — these kind of discussions can get bogged down in seriousness because terrible things are happening to women, in every country, every day, but these photographers, like many women, are able to do something positive, and beautiful, and to laugh, at the same time.”

Do you think it takes a women to be able to photograph another women in a fair and honest light?

“I think those ideals ‘fair’ and ‘honest’ are slippery, can a photograph ever be honest? I’m not sure… As for fair, it depends – fair to the subject, the photographer or the viewer? A picture I like of myself might not be a fair representation of who I am in reality.

There’s always a power dynamic involved in taking someone else’s picture and sharing it in public. Often I think photographers have to construct something false to really say something true. I don’t think it’s only women who can show women in their various truths, but I do think that women identify more easily as women with other women, and are more sensitive to what they expose and how – and they also feel less comfortable with being in control of someone else’s image, at least, this is what I’ve learnt from the women I’ve spoken to about this.”

Fashion and advertising have traditionally been dominated by photographs of women taken by men. They are not truthful or nuanced depictions but they are designed to sell. With an increasing number of famous female fashion photographers working in these industries do you see a shift towards a more ‘honest’ marketing of the female image occurring?

“This is definitely already happening — there have been all sorts of ads, including H&M’s recent ‘diversity’ campaign, promoting different ideas about beauty for women. The problem is, that the whole larger system is still dominated by the male gaze.

So even when we’re seeing more diverse ads, we’re still being exposed to the idea that we need to be beautiful, or to improve, in some way, even if there are more options — there’s still something being sold.

The ‘commercial’ gaze, if you like, is very powerful, and although it’s great to see more women working within the field, I think that that commercial gaze will always be detrimental to women in some way. It feeds on our competitiveness. Someone will always feel they don’t match up.”

In a society saturated with smart phone cameras and selfies, platforms like Instagram have been criticised for propagating myths about body image and increasing insecurities, especially among young women. Several of the photographers in the Girl on Girl book use these tools to produce their work. Do you see the rise in technology as a positive or negative force for female identity?

“On the whole, positive. It has its obvious set backs for women — as you mention — but a lot of the young women I interviewed, who grew up using these photo-sharing platforms, have used them to build self-confidence and body positivity, and have also created a whole community around them.

I also think that these platforms allow women to control their images and how they’re shown in a way that’s never before been possible. They don’t have to wait to be published by a magazine or for a gallery to represent them. It’s always hard to accept a new social dynamic but I think it’s working in the favour of a lot of women, creatively.”

The Girl on Girl book features photographer Lalla Essaydi, who as well as others, explores everyday settings and interactions between women that are often overlooked. Why do think photography is the medium of choice when it comes to portraying these subtler narratives?

“I think that photography is the medium of our times. It’s contemporary, it’s very accessible, and it speaks much more openly than painting, or sculpture. In Lalla Essaydi’s case, photography is the perfect medium, because she is addressing and overturning the past, reinventing a history that has been depicted by European male painters. Art history, which is essentially a history of painting, is totally dominated by the male gaze. The camera, coming into widespread use roughly as women were emancipated in the west, has that ability to probe, to get under the surface or behind closed doors, it’s intrusive but it’s also explorative.”

With an over-saturation of images in the media, do you think photography is still an effective way of getting people to notice repressed or hidden truths?

“It’s true that we’re completely oversaturated now with photographs, and so it’s increasingly difficult to make any kind of impact. I think photographs can make a difference, but it’s less about that one, standout iconic image now — photographers have to create a narrative through their images, some kind of arch that takes you from photo to photo the feeling or meaning accumulates.

I think that if a photographer can do that, then they can do a lot to change people’s minds, to see the world in a different way, because photography has such a powerful effect on us. Someone like Zanele Muholi, who opens the book, is a very pertinent example of this: she’s been documenting her community for years, taking portraits of women she knows, in places she knows, and over time, image by image, she’s given us a vision of who they are, and how strong this community of gay and trans women is — by their sheer numbers, you can’t ignore them. They exist.

There are many other photographers working in this accumulative way in the book, with very different stories, personal, communal, or otherwise — from Petra Collins, and Mayan Toledano to Lebohang Kganye and Aviya Wyse. It’s definitely an approach many photographers today share. And there are so many hidden stories to be revealed!”

For more information on the book go to www.laurenceking.com 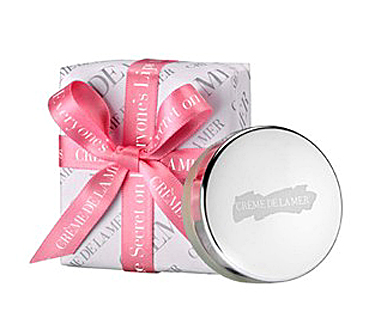 We’re all in need of some assistance to bring us out of the dark ... 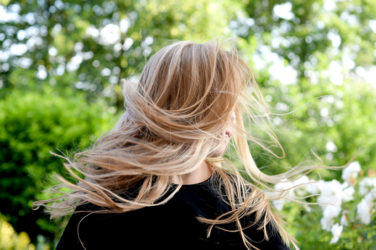 words Al Woods What ingredients do you want in your Hair Skin and Nails ...

Autonomy of Self exhibition – words Chris Zacharia How can images of human beings ...