A Hochstände (also known as Ansitze) is a wooden structure used by hunters to spot and hunt their prey, usually deer. In this photographic series the hunter and prey are both absent. We see the structures in silence looking at odds with their forest surroundings.

There is something eerie and slightly sinister about these beautifully shot images by Robert Götzfried of the wooden towers as they stand minus the hunter and the hunted. The brutality of the purpose behind the Hochstände is left to our own imaginations. 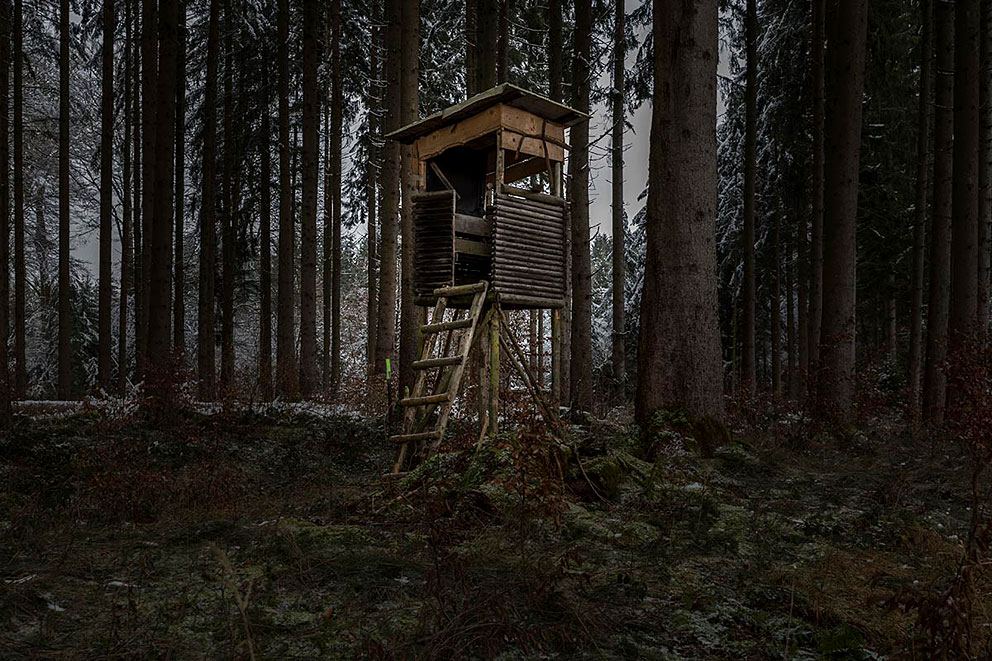 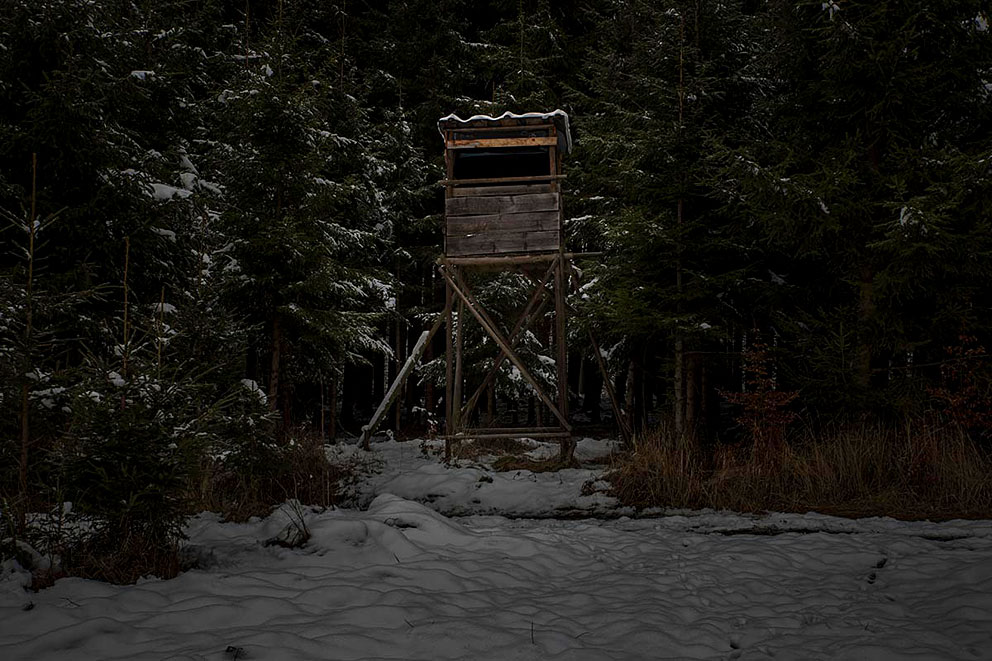 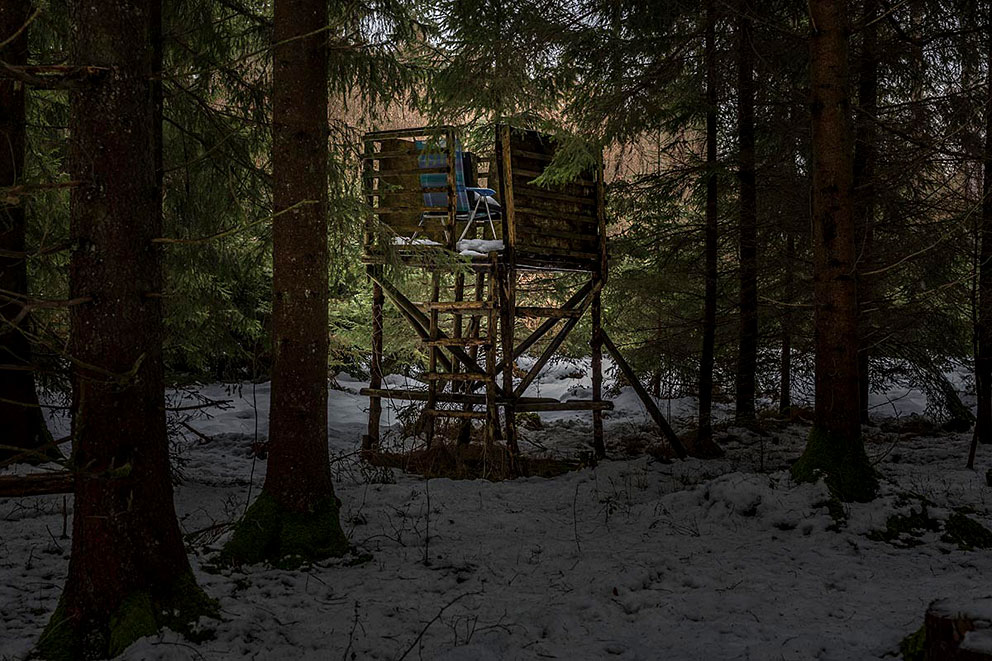 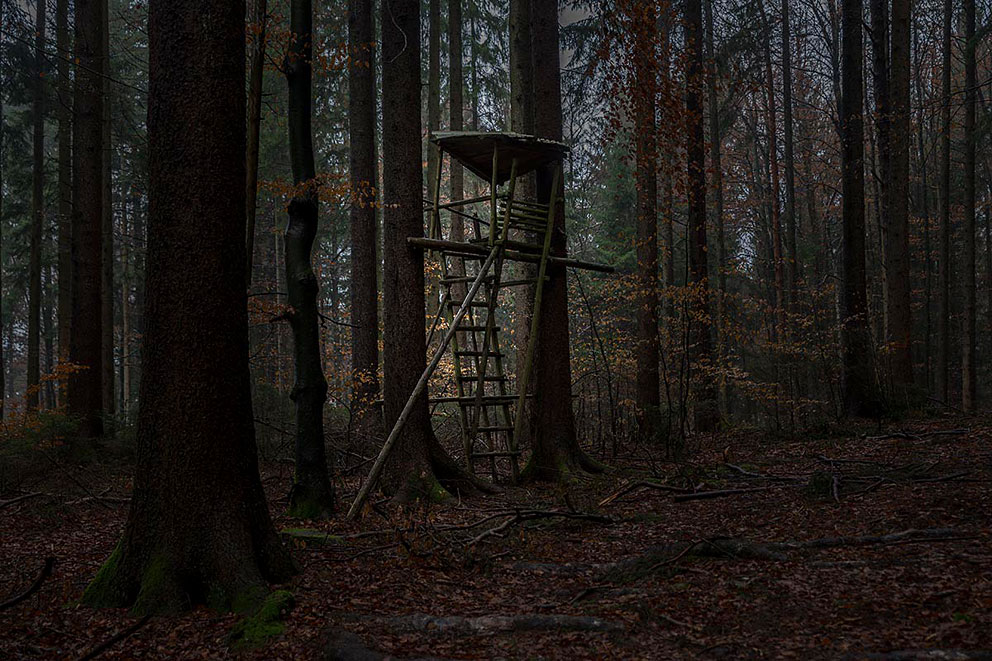 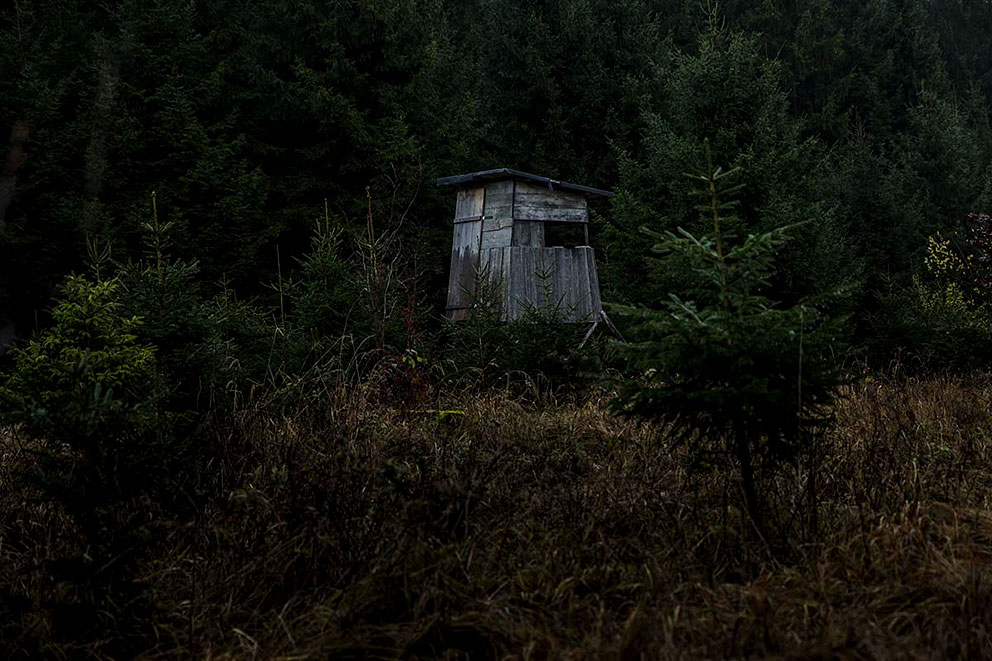 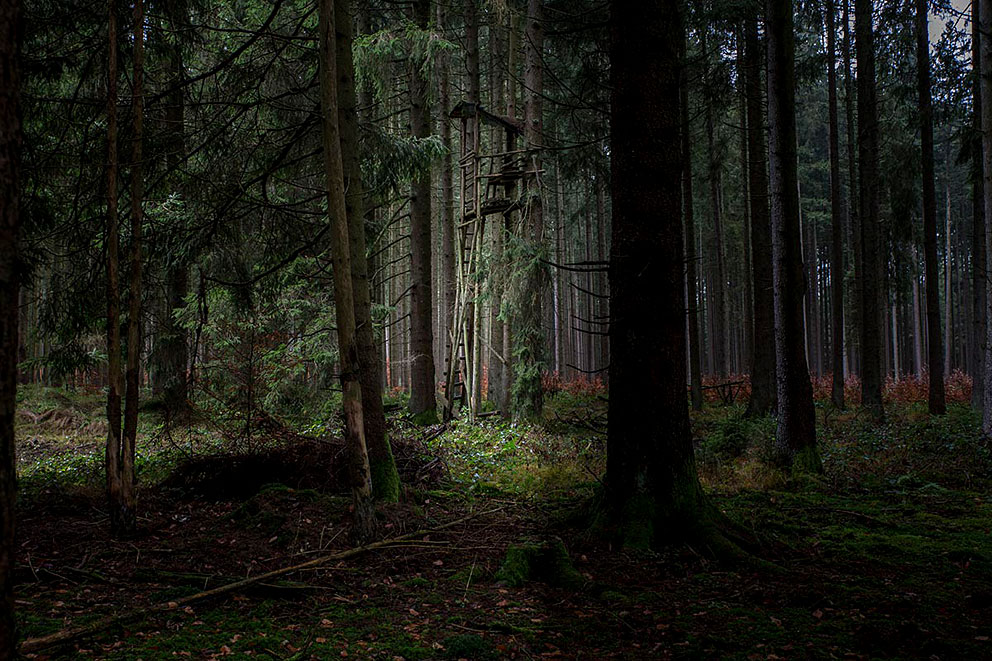 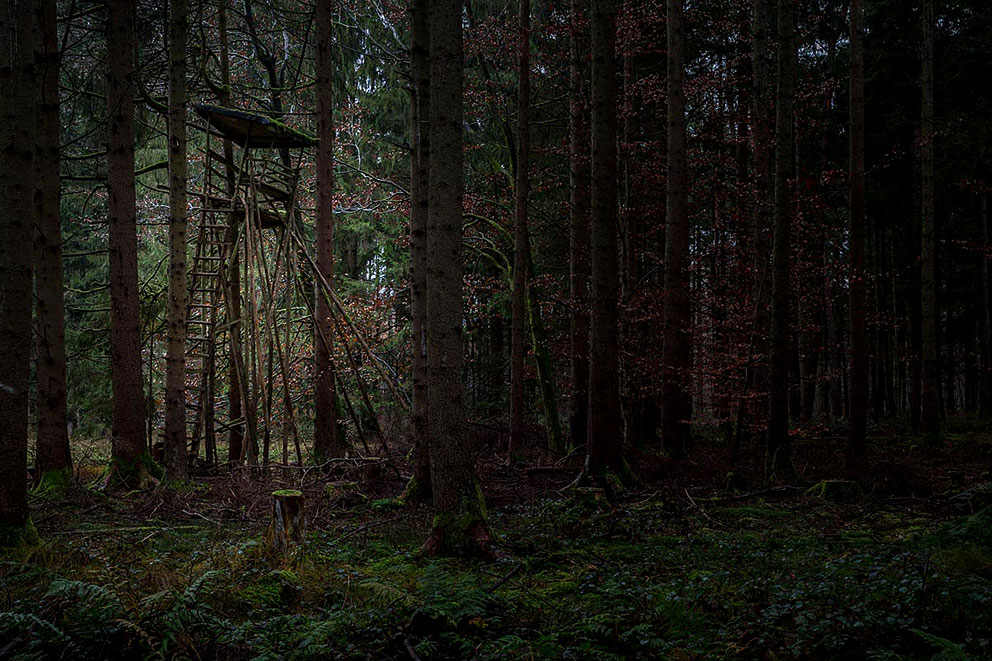 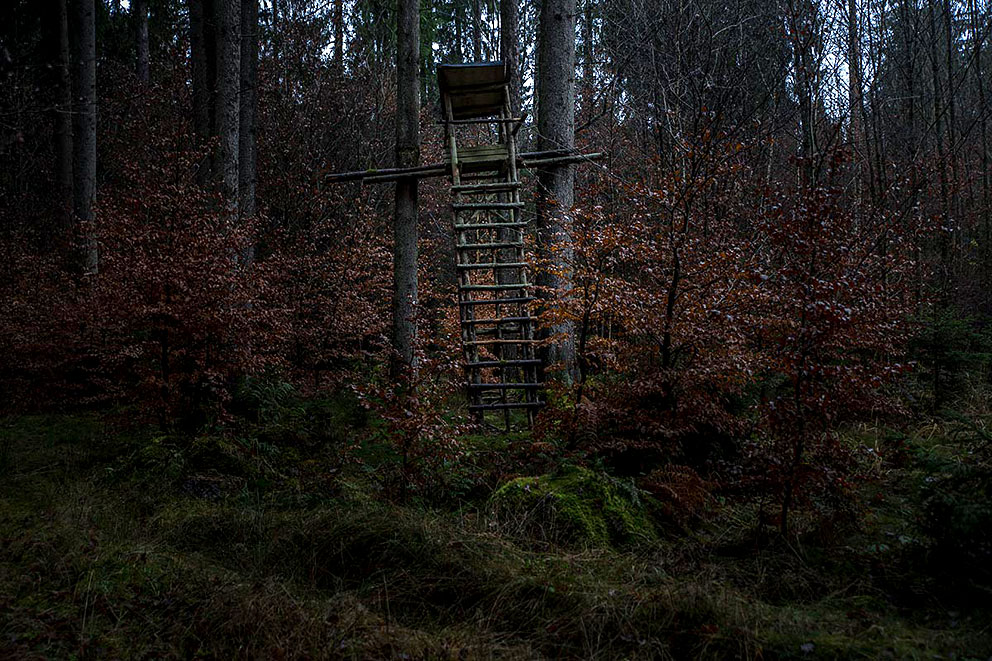 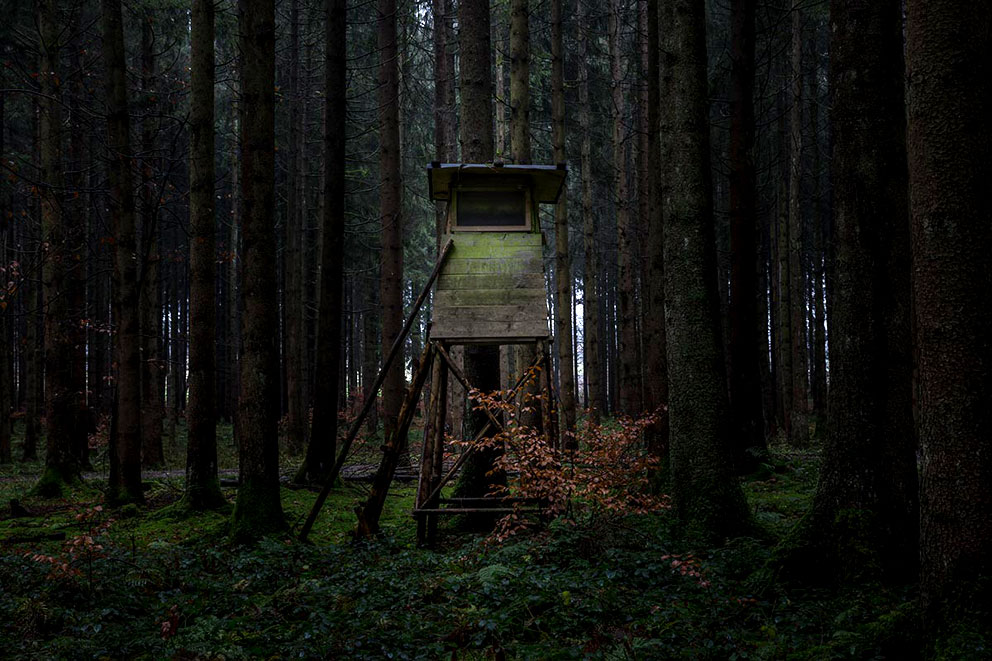 In Robert’s own words:

“When it comes to Germans and the forest – it’s always been a special kind of relationship. They love the forest but at the same time there’s that creepy idea of it as for example in the fairy tale Hänsel & Gretel. I wanted to show the dreamy and peaceful kind of silence in the forest and I think it works out quite well. But with the Hochstand in there you can almost hear the shot. You can almost hear how the deer breaks down under the weight of his own body because he got hit by a bullet. You can hear the dogs barking searching for what the hunter shot. It’s both – very silent and peaceful but there’s that cruel kind of killing brutality in the pictures as well.

I’m always working in series and usually my work was very graphic so far. I tried to stick to my own rules but switching over to something more organic than architecture here. Still, I forced myself again to stick to a very strict picture concept.”

Robert Götzfried was born and raised in Germany. He finished an apprenticeship as both – a type setter and a printer as well and after that I studied design and photography. Today he’s living in Munich where he works as a senior designer and photographer.

Currently you can see the works of my POOLS series exhibited in the Goethe-Institue, Munich.

For more go to www.robert-goetzfried.com

There’s a Dictator in the White House – what we gonna do? 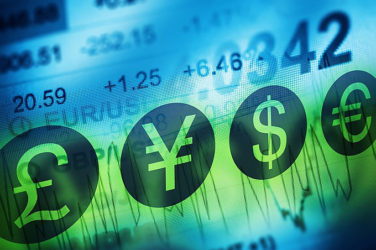 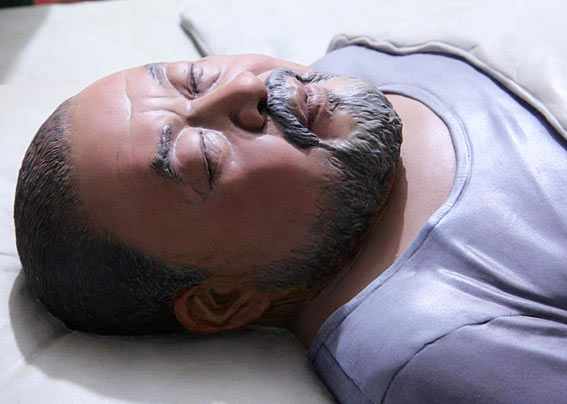