Indeed, existing side by side, creating furiously through the mists of the violent, revolutionary dawn of the new century, the two most potent forces of Modern art were at once each other’s greatest admirer and foremost rival.


Henri Matisse and Pablo Picasso, the seminal architects of art’s post 19th century evolution, found no greater challenge, nor motivation, than the work and imagination of the other man. Their relationship endured until Matisse’s death in 1954 – a deep friendship steeped in mutual reverence and affection, but peppered with flares of antagonism as they battled for supremacy. Many of the most celebrated artworks of modern times are indebted to this fruitful rivalry, which drove both men to take risks they would not have thought of were it not for the inspiration and challenge they presented to each other.

Frenchman Matisse, older by 12 years, and 25 year old Spaniard, Picasso, were introduced in 1906 by the author Gertrude Stein. Picasso was a burgeoning talent, slowly gaining familiarity via art collector Stein’s patronage. Her older brother, Michael, had, in fact, bought his ‘Boy With a Horse’ the previous year and hung it alongside Matisse’s ‘Women In A Hat’!  At this time, Matisse was leading the disruptive, contemporary Fauvist art movement, and as such, was already established as a cogent presence in the art world. Fauvism had produced the first stirrings of art’s journey towards Abstractism – it’s name was a direct translation of what was deemed to appear the work of ‘wild beasts’. Casting aside the realism of the Impressionists, Fauvists boldly reimagined artistic values. Their work was marked by expressive, emotive colours and strong, deliberate brushstrokes.  No longer was colour purely representational, but an effective vehicle for conveying feeling and sentiment.

Picasso of course, would come to pioneer Cubism and its various sub-genres, a subversive artistic progression that moved even further away from the fixed viewpoint and clear, three dimensional visual realities displayed thus far in traditional art. The genesis of the Cubist movement and all that followed, however, owes much to Matisse. In 1906, Picasso’s work remained quite conventional. It was upon meeting Matisse and viewing his breath-taking, idyllic Le Bonheur de Vivre, that the young Picasso, struck by the piece’s daring, thoroughly original aesthetic, was spurred to try and create something even more startling. The result was Les Desmoiselles d’Avignon – shocking, stunning and entirely revolutionary, and the work that placed him firmly at the forefront of the artistic Avant-Garde. It’s depiction of five women in a brothel was considered so deviant in theme and style that it was held back from public view for many years, but it eventually came to be regarded as one of his greatest masterpieces. Ignited by the disturbance his work had caused, Picasso continued to stretch boundaries, experimenting with line, dimension and proportion. He emerged with Cubism, a confronting new style characterised by the portrayal of fragmentary images on a flat, two dimensional canvas, and a sense of multiple viewpoints generated by overlapping, distinct planes.

The two vanguards fuelled, energised and competed with each other from the first. For every flourish of artistic innovation from one, the other sought to deliver something even more powerful. Roused by Picasso’s Cubist works, Matisse painted a beautiful abstract portrait of Madame Matisse(1913). In response, Picasso unveiled Portrait of a Young Girl, a scattering of images and textures that showcased the arrival of an inventive new technique known as ‘collage’. It is interesting to note that both artists were greatly influenced by common sources – the art of Paul Cezanne, tribal African masks, photography. All provided both men with inspiration. However, they interpreted and expressed these influences very differently. Their work sometimes shared notional similarities, but was distinctive in both appearance and tone. Matisse, inspired by nature and informed by his mastery of colour, swept across his canvas in elegant curves, creating serene pictures that remained calm in spite of their vivid hues. Picasso, by contrast, was chiefly stimulated by his imagination, and generated aggressive, sometimes unsettling imagery.

By the 1920s, they had veered in different directions. Pablo Picasso concentrated on Minotaurs and neoclassical figures from his Parisian studio, whilst Henri Matisse, now based around Nice, painted a series of graceful Odilisques, the exotic concubines he had discovered lounging in Moroccan harems on a trip to the country a few years before.

The 1930s solidified Picasso’s reputation as the most celebrated artist of the modern age. In 1932, deeply immersed in his Surrealist phase and galvanized by the curation of an exhibition in Paris set to honour his work, he produced a succession of outstanding paintings at such haste that it was known thereafter in art circles as his ‘Year of Wonders’.   Distorting, disconnecting and reassembling human forms and landscapes, Picasso relied on what he ‘thought’ when he saw his subjects, and ‘not what I see’.   Some of his best known and most valuable pieces are products of this period of intense creative fertility, including Le Reve (The Dream) – this portrait, of his 22 year old mistress Marie-Thérèse Walter, was last sold for $155 million USD.

Despite geographical and creative distance, the two men stayed abreast of each other’s output. In his twilight years, felled by ill health and reduced to working from bed or his wheelchair, Matisse managed to invent a radical new form of modernism – paper cut outs.  Unsurprisingly, they brought to mind a thread of reflection on his rival – glued to the walls, the graphic montages recalled something of Picasso’s early collage devices. Picasso regularly visited his ailing friend and in 1946, came with his lover and muse, Françoise Gilot. Though enduringly paternal towards Picasso, and maintaining genuine affection and respect, Matisse was canny enough to remain slightly wary of his friend and rival’s true motivation. As he told his son Pierre, ‘He saw what he wanted to see – my works in cut paper, my new paintings, the painted door, etc. That’s all he wanted. He will put it all to good use in time. Picasso is not straightforward. Everyone has known that the last 40 years.’ Sure enough, Picasso’s next triumph was a series of sculptures formed from sheets of cut out metal.

Matisse died in 1954, leaving Picasso without his lifelong friend and rival. Nevertheless, he continued to parlay Matisse’s influence into his work. Both artists had been enormous admirers of Delacroix’s Women of Algiers, which hung in The Louvre, and Picasso set about painting a sequence of variations of the famed painting. Acknowledging Matisse’s presence in the pictures, he proclaimed, ‘Yes, he is dead. And I, I am continuing his paintings’. It seemed Picasso felt that the onus was on him to perpetuate Matisse’s legacy.

The impact that Henri Matisse and Pablo Picasso had on each other was inexorable. To praise one is to thank the other. Equal in grandeur and influence, the fluidity and dynamism of Modern art is largely attributable to both men’s brave approach to exploring their own innate genius. Both disrupted existing parameters of art and found new ways to innovatively and evocatively depict the layers of emotion and sensuality inherent in human psyche and experience. Both resisted complete transgression into abstractism whilst opening the door to the path towards the Abstract movements ahead. For any practising modern artist, or any lover of modern art, the tributes must lie with the memory of these two cultural giants. Many have dissected and analysed, lauded or disparaged, and compared their work. Countless more will continue to do so in the passage of time. But for the two icons themselves, ultimately there was really only one person whose opinion would ever matter – ‘All things considered, there is only Matisse,” Picasso said. And Matisse responded, “Only one person has the right to criticize me. It’s Picasso.”

The strangest American phrases (and what they mean) 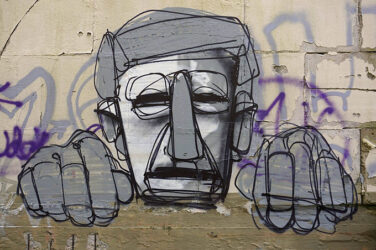 words Alexa Wang Sending a strong political message through the use of art is ...

words Alexa Wang Showing as part of the London Festival of Photography The Gaddafi ...