Micko Westmoreland’s latest track ‘Schmescos’ is a riotous post-punk celebration, an investigation of the adrenaline-soaked thrills of supermarket shoplifting.

As Micko acknowledges in this article explaining his motivation for writing the song, it’s a subject that pop music continues to return to in times of austerity and political disillusion.

Writing a song about shoplifting is not a new idea. From The Slits to The Smiths to Green Day it’s a refrain, a re-occurring theme that pops up at times of social injustice.  When recession meets austerity, disillusionment meets impulse.  We are presently swamped by unfairness and yet the majority seems confused or uncertain about whether anything can actually be done about it.

While writing the song, a strong slogan came to me for the chorus: “All I want to do is rob from Tescos.”  There’s no room for subtlety with this statement.

Maybe there is something that can be done about it then.

Inherent within the chorus is this impulse of disobedience, the last resort of frustration. From childhood we are taught that stealing is wrong. So in order to override this taboo the desire to thieve needs to be extreme.

‘I refuse to co-operate,

Helps to release the pain.

Coz this kind of monopoly,

Makes you stake a claim’.

People across all aspects of society are aware that the serious money is untouchable. That cash and resources have overwhelming clout and a far greater reach over people’s lives than the work of politicians. The silent power of the markets and the media seem to exert most influence.

There is also a political transaction-taking place within the song.  A role reversal, as someone ultimately has to pay as a result of the theft. Maybe the consequence is that the multi-national is left to pick up the tab for a change. I‘m not condoning shoplifting by writing this song, the point is to elucidate on the motivation for why people steal. The desperation, disillusionment and destitution that many condemned people experience.

Although caught red handed the shoplifting character in the song is the one we are holding sympathy for, the sheer boredom of…

‘A lifestyle without and living,

…speaks of a sense of hopelessness.

Equally, the mundane nature of the security guards job is perhaps what the two have in common.

As Tescos takes it’s place in the board room alongside the other corporate giants, with one takeover overtaking another there are some serious machinations at work.

With a complete lack of transparency it leaves the individual in a place of disempowerment. Never has so much choice been placed under one roof with the profits left in the hands of so few.

Some might want to dismiss such politics as old ideas or dated.  But as a stylist well knows if you wear the same pair of trousers for 20 years you come in and out of fashion three times.

It keeps occurring. Aren’t we able to do anything about this cycle? It would seem not, as it keeps coming back around and slapping us in the face.  It’s a collective dysfunction.  There are those, however, that are exempt from boom and bust, inhabiting a place reserved for the untouchable elite…

We made a video to this song with the filmmaker Ashley Jones and the actor Kevin Eldon who I know through recording songs for the teenage cancer trust and his amazing comedy work. I really imagined Kevin paying the character of a security guard and sent him a character description. Not that he needed it. He was brilliant and lovely in equal parts. Although known for his acting and comedy he also makes music too. He’s a great singer and racked up a John Peel session with his band in the late 70’s.

I think the video illustrates the song’s meaning very well.  If you get a tenth as much out of watching it as we did making it we will all have shared in the profits.

Find out more on Micko Westmoreland at his facebook page 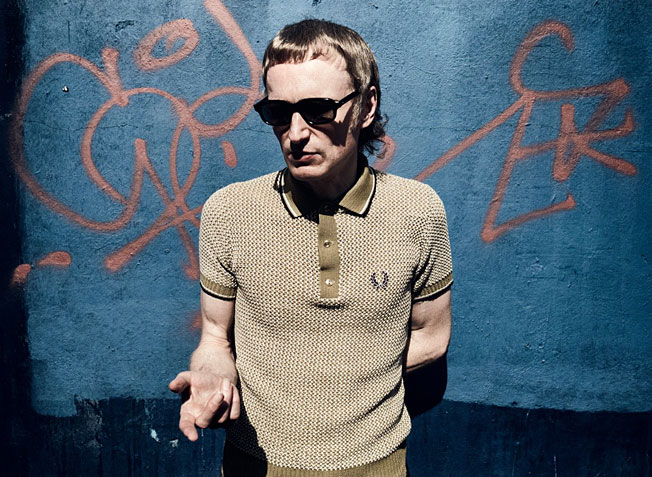 Keeping yourself safe from Cyber Crime

The stylised cowboy suit. – we all know that now classic overblown American style. ...

“I want as many followers as Cher or Lena Dunham.” Interview with Glenn O’Brien by ...