Here at FLUX, we like to bring you the details of the best movies out there. Using data gathered by the experts from Film Oracle, here are the films you should be watching right now.

If you’re looking for a hard-hitting drama played by a charismatic, damaged heroine who sets out on a quest to find her absent father, look no further than A Winter’s Bone. The starring role, Ree is played by Jennifer Lawrence. The actress received an Oscar nomination for Best Actress and A Winter’s Bone was also in the running for Best Picture at the 2011 Academy Awards.

Next in line is the war drama, Mudbound by Dee Rees. Telling the tale of two World War 2 veterans surviving prejudice in Mississippi, it received a standing ovation at the Sundance film festival before earning its producer, Morrisson an Oscar nomination in 2018 for the Best Cinematography Award and Best Adapted Screenplay. Lead actress Mary J Blige was also nominated for the Supporting Actress and Original Song categories. If that’s not convincing enough Mudbound also has a “97% certified fresh” rating on Rotten Tomatoes.

If foreign language films interest you, try the real-life inspired Turkish language movie Mustang. Released in 2015 by Deniz Gamze Ergüven, it tells the story of her childhood and that of her mother and sisters and the hefty price they paid for socialising with their male classmates. Amongst its accolades, Mustang has received four César Awards, and a nomination in the Best Foreign Language Film category at the 88th Academy Awards.

For satirical drama, take a look at Network. Filmed in the 70’s, it tells the story of a beleaguered news anchor Howard Beale, played by Peter Finch whose angry on-air rants see him unexpectedly land his own show. On its release, Network won no less than 10 Oscars. In 2007, it was nominated as one of the top 100 American movies ever made, sealing its place within popular culture.

If you want to watch a nail-biting British drama, try Kilo Two Bravo. A story of British paratroopers abandoned in a minefield in Afghanistan, it recounts their struggle for survival and escape. Director Paul Katis and screenwriter Tom Williams interviewed the soldiers involved to ensure that the drama is an accurate representation of their experiences.

Next in line of all-time great movies is The Dallas Buyers Club. Released in 2013, this Academy Award winning film is based on the real-life efforts of an electrician, Woodroof in the 80’s to supply unapproved drugs to people with AIDS and HIV. The lead roles, Woodroof and Rayon, a transgender patient with AIDS, are played by Matthew McConaughey and Jared Leto. Both actors underwent dramatic transformations in order to accurately portray their characters.

And finally, who can forget Life of Brian– the comic genius of Monty Python. Not without controversy given its depiction of a man born next to Jesus and believed to be the son of God. Condemned by the Catholic Church, its producer Terry Jones took the view that “it’s not blasphemous, It’s heretical.” Either way, it appears to have had an enduring appeal with audiences ever since its release in 1979. 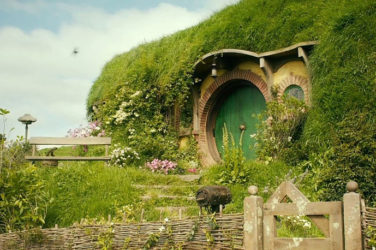 London documentary maker and journalist, Leah Borromeo, has been working on a documentary exposing links ...