When I told people that I was going to a back-to-back screening of This is England ’86 and ’88 at the BFI the response was an almost unanimous, and unanimously sarcastic, “That’ll be fun!”

This confused me at first, since each sarcastic response was then followed by unremitting praise for the series, but as the date of the screening drew closer I began to see their point.

Spread across seven one hour episodes, This is England ’86 and This is England  ’88 are not exactly what you’d call typical movie marathon material. In the place of wookies, zombies, time-travelling cyber assassins, hobbits and boy wizards, ’86 and’88 instead give us skinheads, sexual and domestic violence, and a harrowingly evocative (but refreshingly implicit) depiction of Post Traumatic Stress Disorder. Of course, the two series are also very funny in places, thanks to the pitch-perfect chemistry between the gang of friends the plot centres around. However, it is the story of Lol (played by Vicky McClure), as she struggles to lay to rest a history of violent sexual abuse and, ultimately, preserve her sanity, which has come to define the series in my mind (as I’m sure it had in the minds of my sarcastic disparagers).

This also seemed to be the case for the majority of my fellow This is England marathon-attendees, many of whom sported Lol-alike haircuts and, by the end of ’88, had joined me in an almost choral outpouring of muted whimpers and covert nose-blowings. If this sounds like an awkward experience, and I can easily understand why it would, the truth is that it was anything but awkward – the reason being that ’86 and ’88 are simply masterful cinema. And yes, they were made for television (’86 still bore a Channel 4 advert in the closing credits), but after seeing the two series screened as one, I can’t help feeling that ‘cinema’ is the only word that really does them justice.

In the end, my sarcastic friends were right; the screening wasn’t fun. But it was, as all challenging cinema is, more than that. It transcended its remit, to simply entertain, and instead took me into the lives of its characters whose strife, desperation, happiness and peace became magically entwined with my own for a few short hours. And as the credits rolled and the house lights came on, a quick glance around me revealed an audience clearly as invested as I was: couples, friends and lone marathoners sitting in silence as though waiting for the story to continue. Thankfully we’ll all get our fix when, rumour has it, This is England ’90 hits television screens later this year.

This is England ’86 + ’88 were screened as part of the British Film Institute’s ‘Made in Britain: Warp Films at 10’ programme, a season of screenings showcasing the work of iconic British production company Warp Films. For more information click here

We’ve put together some ideas to give you some inspiration! Fashion and subcultures go hand-in-hand, and terrace wear saw the birth of the casual in the 70s. With the World Cup just around the corner, make sure your wardrobe is in order so you stay looking fresh.

Revolving around football fandom and controversy, the casual subculture dominated terraces in the 70s and 80s, as young working-class men attempted to forge an identity through designer brands. Dating back as early as the 60s, the origins of the casual could be seen in mod fashion. Since then, brands such as Stone Island, C.P. Company, Aquascutum and Fred Perry have dominated the casual scene. Read on to get the look yourself. 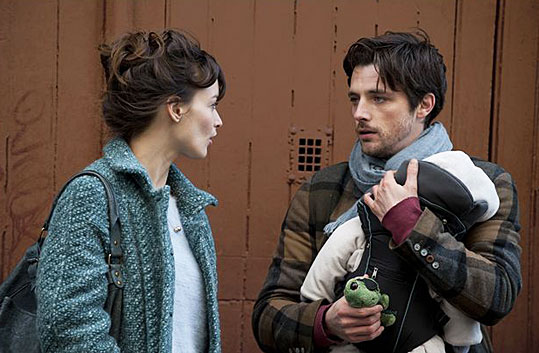 Thomas Platz puts one hopeless foot forward after another in this romp of a ...