Siegel’s adaptation of Ernest Hemingway’s short story of the same name is one the director shares an intimate past with; jilted at the altar by the studio decided to court another director and abruptly end Siegel’s happily ever after Hemingway affair. 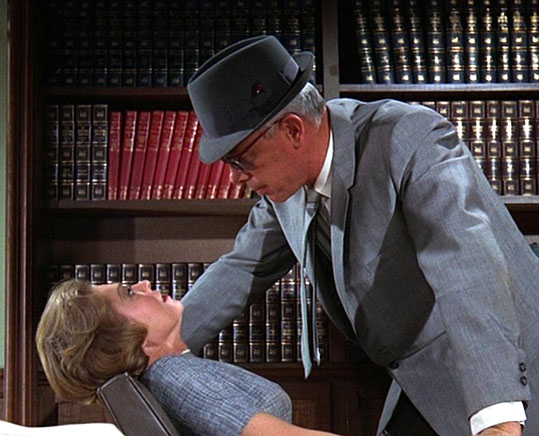 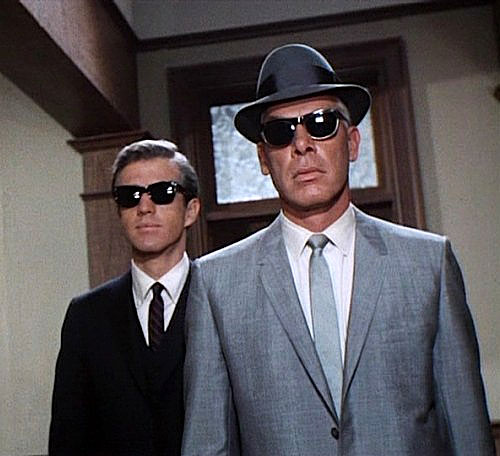 Though fate being a curious dame, she would have Siegel cross paths with two killers in pursuit of an answer to a vexing question in his twenty-first film rather than his  second feature film.

The Killers tells the simple story of two hit men – Charlie Strom (Lee Marvin) and Lee (Clu Gulager) who are left perplexed when target Johnny North (John Cassavetes) doesn’t even try and run. Add to that the higher than average pay for such a hit sets Charlie’s mind in motion about the possibility of a big pay day.

The beat of The Killers rings like an echo of its filmmaker’s sentiments. In the interview included on the Blu-Ray release, Siegel states that his films are about nothing, and he’d rather make romantic films. Even Lee Marvin’s curious hit man in search of an answer to a question features shades of the restless Siegel, who dismisses his films, the majority of which he struggles to find any pleasure in.

It is difficult to rebuke Siegel – The Killers is about nothing, and the romantic interludes between John Cassavetes’ Johnny North and Angie Dickinson’s Sheila Farr in the light of his words suggest an affection for romance. But any romance is not far removed from the toughness innate to the movies Siegel is famous. The romance is of the tragic variety – hardened, cynical and exploitative romance beneath the sweeping romantic gestures and Dickinson’s seductive gaze.

Cinema is first and foremost a form of entertainment but with the capacity to move beyond existing as exclusively entertainment. A film about nothing is hardly the knock on a filmmaker’s career that imbues Siegel with sadness, and if mediocrity or ordinariness is death, then Siegel’s The Killers is like dying and waking up in a paradise. Siegel serves up one of those films that strike the beat of what one associates with the phrase “American cinema”, The Killers a satisfying and entertaining piece of old fashioned American entertainment; a lean plot raised by the magnetic performances of the leads and supporting players.

From Angie Dickinson’s Dame with an attitude, to Marvin’s no nonsense hit man and John Cassavete’s down on his luck race car driver, The Killers knows the kind of film it wants to be and moves with an assured and confident pace in a plot that is top heavy with exposition but matters none.

In a medium where subtext and metaphor seem to attach themselves regardless of the filmmaker’s intentions is Siegel’s The killers an empty shell of a film? Whilst it could be seen as a moral play, equally it can be viewed as an archetypal watch out for the Dame she’s trouble narrative. Whilst lean on plot and subtext non-existent, The Killers may serve as a kind of urban Western in the shell of a moral play that echoes the cynicism over romanticism that was set to define American cinema.

With pitch perfect performances, The Killers is a classic crime caper cinema, romantic tragedy and mystery that find’s its greatness in its simplicity. Made up of a series of scenes it is the American equivalent of or rather Siegel’s reimagining of Ingmar Bergman’s Scenes from a Marriage.

A breezy series of scenes cut together to tell a story whilst it might not be as revolutionary as films coming out of Europe, and still shot on the studio back lots, it represents the calm before the storm that would hit five short years later with Dennis Hopper’s Easy Rider.

The Killers is available to own now on Blu-Ray courtesy of ARROW Films on their ARROW Academy label.

The Broken Circle Breakdown is a brickbat of wit, forlorn and veritable passion – ...