With The Colony, German writer/director Florian Gallenberger peers into Chilean history to offer a view of life within the Colonia Dignidad, a place of religious and political collaboration. To the rest of the world a seemingly charitable mission under the guidance of the lay preacher Paul Schäfer, its seclusion meant it was the ideal place for the torture of political prisoners at the hands of Pinochet’s secret police.

It stands as one of the blackest collaborations in twentieth century history, and Gallenberger in confronting the horrors of the Colonia Dignidadm set about employing the fiction form to offer a “clear and true understanding” of life within the compound. 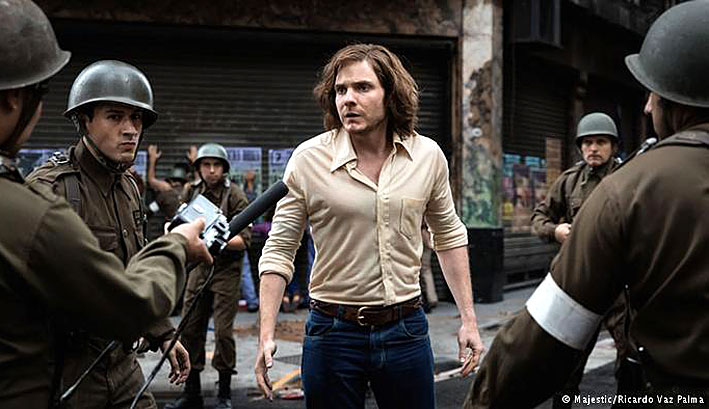 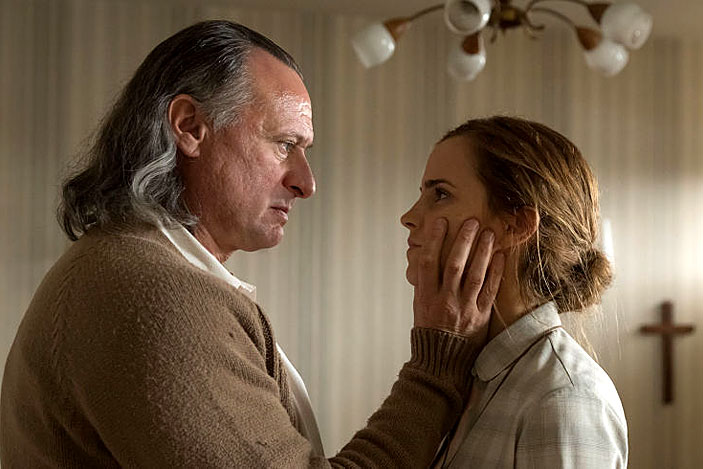 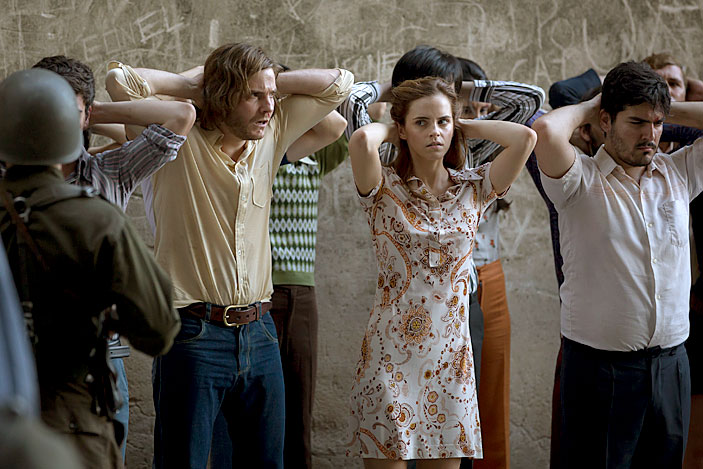 Speaking to Flux ahead of the The Colony film release, Gallenberger reflected on the beginnings of his career and how his perspective on filmmaking has evolved. He also discussed the role of instinct in the filmmaking process, the authenticity of fiction and the credibility of entertainment to allow us to understand history.

Well I am not one of those people that knew when they were ten years old that they were going to be a filmmaker. I was not running around with a camera as a kid… Not at all actually and I never planned it. When I was in my last year of high school they had just bought their first VHS video camera, and a teacher said to me: “Why don’t you make a short film?” I didn’t even feel like doing it, but finally I said: “Okay, why not.” And I took a Franz Kafka short story and turned it into a short film. I enjoyed it so much that afterwards for the first time I thought that maybe this was a profession, and was there a way to study it? I didn’t know anything about filmmaking at all, but I found out there was a film school in Munich. I went there and they said: “Oh well don’t  apply because you are way too young, and you have no experience, no knowledge, nothing. Do some internships and spend some time on a film set, and then come back.” I am generally a rather impatient person and I didn’t want to do all of that. So I just applied right after school and they accepted me… Then I started out. But up until the moment that I was accepted into film school I didn’t especially care about filmmaking. It was really the experience of making a movie that kind of brought me into the business, and not the idea of making a film.

From then to now how has your perspective of filmmaking changed? Is it nearing a point of maturation or is filmmaking a constant journey of discovery that continuously offers revelation?

The first short film I made in film school was let’s say successful enough, on the small scale of film school shorts. But the second one turned out to be a total disaster… It was complete chaos, a nightmare. The moment I really considered letting filmmaking be to become something else was when I was editing for one and a half years on an eight minute film, just because I couldn’t believe how bad it was. And then Bernd Eichinger, the German producer approached me. He was very nice and he supported me. And through his support I realised how little I knew about filmmaking compared to what he knew, and how far ahead of me he was. In that sense, the failure of my second short film by humbling me quite a bit was probably one of the most important influences for my development as a filmmaker. It showed me that filmmaking is not something that you just know and then you do it. It’s a process each time and it’s a process that you can’t fully control. There is an element of luck or chance that things go well, and all you can do is give your best, be alert and try to really think about what you are doing, and enjoy it as much as possible. How can I say it… As a filmmaker I am suffering less now than I was in the beginning [laughs]. I am now trying to fight for what is important to me, and to not take it as personally as I did in the beginning. So now I really fight for the film and I do not personally suffer.

Is the process of learning to make films structured around honing one’s instincts, so that you are able to eventually function instinctively?

I think it’s probably the core piece. If you are disconnected from lets say your narrative instincts, I could say that it is very easy to write a script that follows all the rules of the scriptwriting. But it is still a very boring and meaningless screenplay. So the thing that really creates the quality is very much linked to the instinct. And then the ability and the craft is necessary to shape it and to bring it across in the most effective way. But if the instincts are not there then the product is never going to be strong and it will just be a piece of art. So what you are saying is right, and it is not easy to listen to your instincts because there are so many rules of the market and expectations, limitations, as well as the finances and so forth. And that’s a different world than the world of instinct and desire. So it’s one of the more difficult tasks for a creative person to protect one’s instincts and to have the strength to listen to them as well. For example everyone might say that it’s not the right film now, but my instincts tell me it is, and so I’ll believe in and follow them.

You could have chosen to tell the story of life in the Colonia Dignidad as a documentary film as opposed to a dramatic feature. Despite a dramatised account, fiction offers an opportunity with an equal value to discuss and investigate real life events through its dramatic form. Having made The Colony, how do you view fiction as a means to investigate the past?

I think it raises the question of truly what’s fiction and film or how real is a documentary, because even if you make a documentary you’ll make creative choices. What do you show, how do you show and edit it? Of course a documentary has a different connection to let’s call it the truth rather than fiction. But if we talk about authenticity and the authentic understanding of a story about an historical situation, I think a fiction film can totally give you an authentic image of something that happened in the past. So in that sense fiction is not necessarily less true in its depiction of something than a documentary film. I think it is just a different means to bring across the knowledge and understanding of the subject. And in that sense we tried to be authentic here, especially about life in the Colonia Dignidad. I am sure that if you’ve seen the film you’ll have a very clear and true understanding of what their everyday life was like, and it’s as authentic as if we had made a documentary film.

Our awareness of history can be influenced and shaped by the arts. There is a certain onus then on film to not reduce history to only entertainment. With your focus here on authenticity within a fiction film, how do you perceive the responsibility for film to realistically depict the past, alongside its influence on how we perceive history?

Well in that way there is a lot of responsibility. We all know that reality or the idea of reality can be created through films, and so I would say that almost none of us have ever been kidnapped or been involved in a murder. But we have seen so many in films that we believe we know how it is. So the idea of reality can be created through fiction. What I think is interesting is you mention the word entertainment. Now the question is whether entertainment is the enemy of a serious message or whether it  can still bring across something valuable – some understanding and knowledge of history. I don’t think it is an either or. You can have a film that is entertaining and at the end you understand – especially through the lens of entertainment – that you were taken to a place that you otherwise would not have visited. And it could have been something that otherwise might not have interested or intrigued you, and has been shown to you through entertainment. I don’t think entertainment is something bad; I think it’s something that needs to be done in the right way.

Filmmaker Christoph Behl remarked to me: “You are evolving, and after the film you are not the same person as you were before.” Do you perceive there to be a transformative aspect to the creative process?

Well I do think that you change, but you change quite a bit in life anyway. So I am now definitely another person to the one I was six years ago when I started this project. I think making a movie is a very intense dialogue with a subject, and as I said, I invested six years of my life in the movie. So my life followed the movie and not the other way around. It is of course an intense relationship and if you are in a romantic relationship for six years, then after those six years that relationship to a certain extent will have shaped you. And for myself I can say that the films I have made have been the strongest and most important influence in my life.

The Colony releases in cinemas and On Demand on 1st July 2016. See The Colony 2015 trailer.

Most stylish cars you need to be driving this summer