Our seaplane bursts through one last lumpen cloud and golden light spills through the cabin.

This morning’s lashing rain has given way to brilliant blue skies, rippling with winter breezes. The landscape below spreads like a rumpled quilt in shades of green and brown, shot through with the impenetrable deep blues of rivers and glacial lakes.

We’re in the stunning Loch Lomond region of Scotland with director and wildlife cameraman Mateo Willis, whose impressive credentials include the Discovery channel’s Frozen Planet as well as BBC’s Planet Earth II and, most recently, Blue Planet II. Over a two-day bootcamp, he’s teaching us the best ways of capturing animals and the natural landscape with nothing more than (or, perhaps, nothing less than) a camera phone. 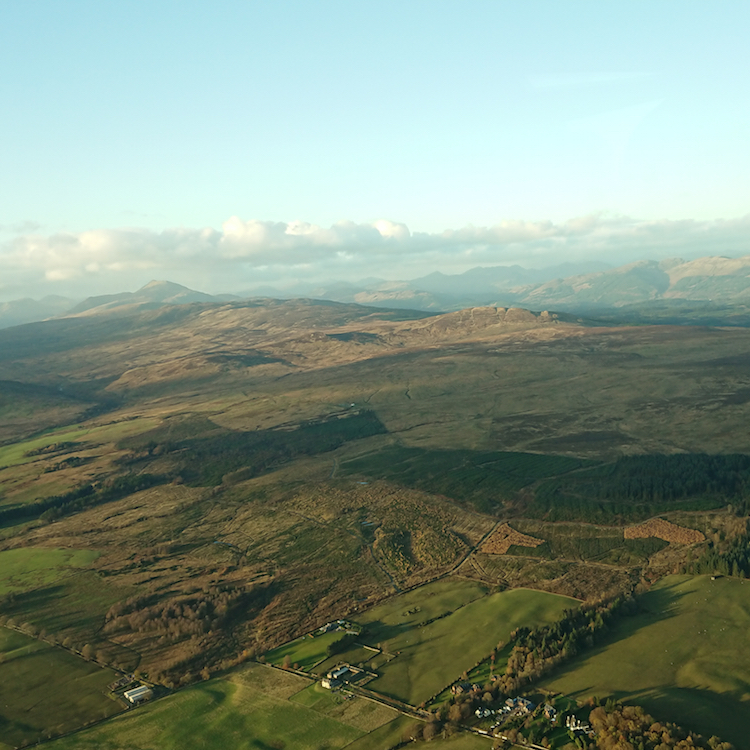 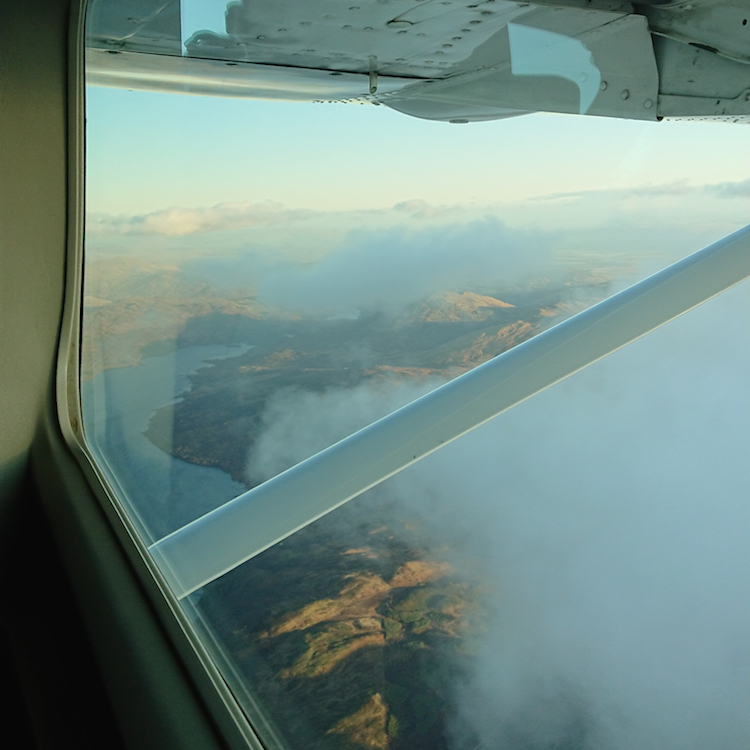 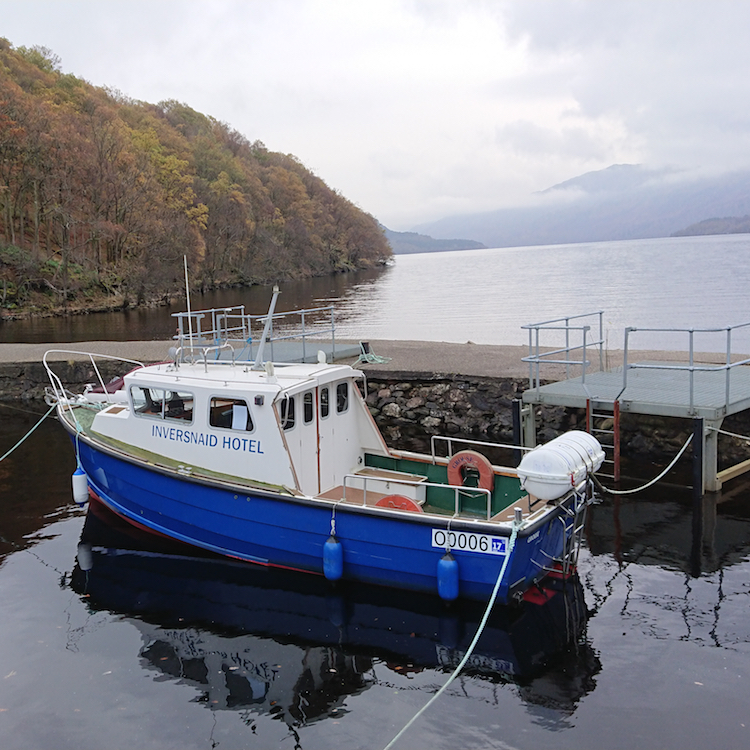 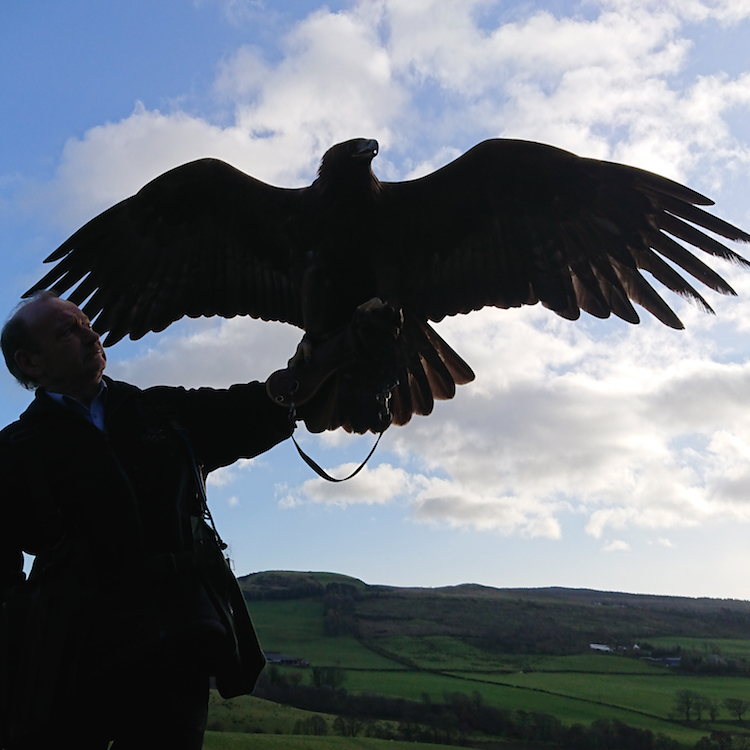 We’ve been furnished with the very latest in Sony smartphone technology – the Xperia XZ Premium – to test out its photographic potential in dramatic surrounds. The natural world is, in Mateo’s words, “my office,” and he’s looking forward to giving us a tiny taste of what his job involves – “without the bad bits,” he hastens to add, “like grumpy customs officers and wet sleeping bags.” Hence our five-star lodgings in the magnificent Cameron House – a Scottish Baronial Mansion – as well as cosy, chauffeured minibuses and regular hearty meals at the hotel’s restaurants.

After a quick and surprisingly beautiful drive from Glasgow airport our first port of call is a waterfall, to practise our filming skills. We’re dropped at the small loch-side village of Tarbet, where a boat (the Lomond Princess, a regal old ferry painted white with red and green trims) picks us up for an idyllic half-hour journey across the loch. It’s a grey, mizzly day, and the surrounding mountains are wreathed in clouds, but if anything, the weather only emphasises the rugged remoteness of the landscape. The still water gleams onyx-dark in the cool light.

We disembark at Inversnaid, a tiny settlement perched to the side of Arklet Falls. The falls tumble directly into the loch, and have inspired poets including Dorothy and William Wordsworth and Gerard Manly Hopkins, whose poem ‘Inversnaid’ ends with a heartfelt plea to protect the falls and other wild places of the world – one of the earliest examples of conservationist themes in British poetry, according to our ferryman.

At the foot of the waterfall Mateo gives us a crash course in making the most of the Xperia’s super slow motion feature, which records a second of footage in just 960 frames. “960 frames is slow,” Mateo emphasises, so we need plenty of light and detail in the frame: “something fast-moving and high intensity… fire and water are great.” In the absence of any fires, we hop precariously from rock to rock, filming the rushing water and streamlets while doing our best not to fall in. Mateo entertains us with stories of early slow-mo cameras – big, clunky contraptions which had to be connected to a laptop and operated by two camerapersons, one at each device – and we marvel how far and fast the technology has come. But we can’t linger long: dusk is drawing in, and the beards of lichen on the trees are turning almost luminous in the watery light. The Lomond Princess slips quietly back across the water while we huddle below sipping hot chocolates spiked with whiskey.

We return to Cameron House to freshen up. Our loch-view rooms are sumptuously appointed, and the heated flooring in the bathroom is a balm to tired, cold feet. Once we’re settled in and furnished with kilt lifters (honey-coloured whiskey cocktails rustling with crushed ice) we gather in the conference room to watch the premiere screening of ‘The Journey’. This is an experimental short film directed by Mateo and comprising footage from thirty-four “influencers” around the world, each of whom captured their own ‘journeys’ on their Sony Xperia phones. Mateo has woven the resulting footage into a vivid, colourful narrative of birds-wings and grains of sand, flapping butterflies, camel trains, thermal springs, waterfalls and more, all making ample use of slow motion and giving us tantalising glimpses of the camera’s potential.

The next morning we’re up before dawn to go to RSPB Scotland’s site on the south-east shores of Loch Lomond. We’re looking for wild geese, which usually roost at the water’s edge – but the weather’s turned wild and woolly overnight. Waves crash over the banks of the loch, and the geese are roosting inland where there’s more shelter. Undeterred, our guide takes us up a nearby hill, and between bursts of icy rain and the occasional thunderclap we watch skeins of geese winging through the pinkish grey sky above us. The skeins are few and far between, and flying a little too high to get the footage we were hoping for. It’s a timely reminder of the unpredictability of Mateo’s job, and the hours and hours of filming that must be put in to get that perfect shot.

However, our guides have still managed to engineer some near-perfect conditions for us amateurs. After breakfast, we’re driven to a grass-filled valley where we’re met by a man and his golden eagle. The rain’s cleared and Mateo starts instructing us in the delights of filming extraordinary animals at close range – this time, in a rather more controlled setting. Orla, a spectacular, imperious bird with a wingspan of over two meters, and her handler Stewart are from the Loch Lomond Bird of Prey Centre, and Orla deigns to let us film her as she flies from perch to perch, snapping up pale, pin-feathered chunks of diced baby chicken as rewards. Mateo recommends we shoot from as close to the ground as possible, to set the bird against a background of sky, and suggests we use slow motion to capture moments we otherwise wouldn’t be able to appreciate: the way Orla’s feathers flex and ripple mid-flight, the stretch of her talons as she comes in to land. Once we all have a good landing shot, Stewart brings out a sparrow hawk, who flies from tree to tree above us while we practise our tracking shots (moving the camera with the animal “creates interest and connection with the subject,” Mateo advises).

Soon it is time for Mateo to head back to his “office” and we are left with one last treat: a flight with Loch Lomond Seaplanes to work on our landscape photography skills. Our pilot David expertly navigates the shifting air currents to lift us high over the spectacular scenery, pointing out landmarks all the way: the dramatic Highland Boundary Fault dividing the highlands from the lowlands; Loch Lomond’s many islands; the long white lines traced by the wind across the water and the little cat’s-paws of calm; Tarbet and Inversnaid, ant-sized, where we boated just yesterday.

Mateo’s advice to seek out pattern and texture in landscapes comes in handy here, and the seaplane’s windows are the perfect opportunity to play with framing. Our pilot even tries to manoeuvre the plane’s shadow onto a cloud for us to photograph, but the sinking sun isn’t quite playing ball. We turn and start our descent, skimming over doughty Balloch Castle before landing in a plume of spray just outside Cameron House, the exhilaration of the flight tempered only by the prospect of having to leave so soon – and sort through all those photos.

‘The Journey’  is a short film celebrating every day moments of wonder, such as a herd of horses galloping across open wilderness in super slow-motion and breathtakingly beautiful ocean and beach landscapes. 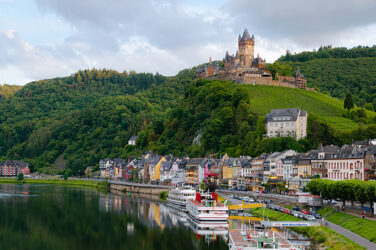 Expats In Germany Should Know These 7 Things When Settling

words Al Woods Germany is a popular destination for expats, and for good reason. ...

Travelling to the states – The safest and most unsafe cities in the US ... 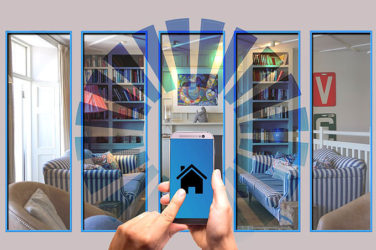 A look smart home devices of the future – words Alexa Wang Let us ...

Hidden secrets of the Isle of Wight

Hidden secrets of the Isle of Wight – words Al Woods Taking a trip ...