Nick Cave singing about Mermaids and backed by singing kids? You might wonder what’s going on here.

The latest single from Nick Cave and his cohort Bad Seeds is a walk into a magical place fizzing with life and myth. The words are sung in meandering fashion and it sounds quite pretty at first but it’s not at all sickly sweet.

Here the mermaids are like sirens or so the narrator thinks or are they just objects of his lusty desires? The song could come across lyrically like a kind of bawdy sea shanty but dressed up to sound and feel more sea lullaby – all quite gentle and whimsical. There’s even a child’s choir as back-up which lends the whole affair layers of meaning and emotion with sharp barbs hidden beneath. This is quite a hard trick to pull off and one that only a few would dare to to try.

The video itself is footage of a live show shot earlier this year at The Fonda Theatre in Los Angeles at the US launch for the album ‘Push The Sky Away’. ‘Mermaids’ is the third single from this latest album. Nick Cave and the Bad Seeds will be performing at this year’s Glastonbury Festival for the fourth time in their career as well as other festivals in Europe and worldwide.  There is also a short film ‘Nick Cave & The Bad Seeds, Push The Sky Away’ directed by Iain Forsyth and Jane Pollard that is due to be screened on Sky Arts from 19th May (23:15) and then again on 23rd May (12:45); 27th May (01:15) and 15th June (16:15).

For more on the latest single release from Nick Cave and the Bad Seeds, Mermaids, and forthcoming live dates go to the website or the facebook page 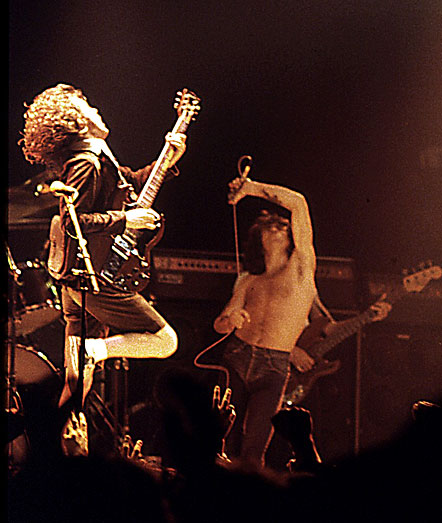 Hot on the heels of their smash hit new album, AC/DC have announced the ...