Musician, writer, director and all-round renaissance man of horror, Rob Zombie, takes his lifelong love affair with the genre to new heights in his latest offering, The Lords of Salem.

A dark tale of satanic ritual and blood sacrifice based around the present day descendants of the Salem witches, the film plays out like a collage of 60’s and 70’s horror homage, drawing influence most notably from Roman Polanski’s Rosemary’s Baby and Dario Argento’s Suspiria. But while The Lords of Salem successfully channels some of the thematic and visual elements of these classic influences to good effect, it fails to engage on its own terms, suffering from a bland and uninspiring story and even blander characters. 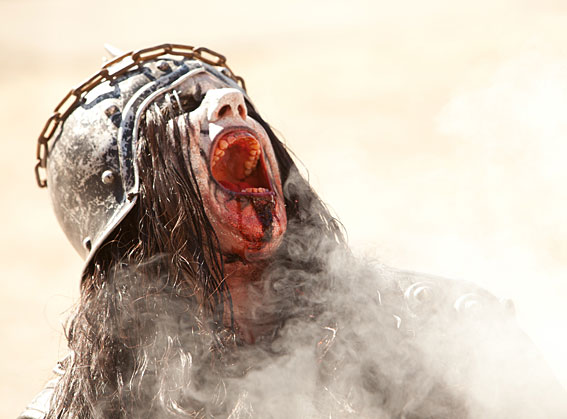 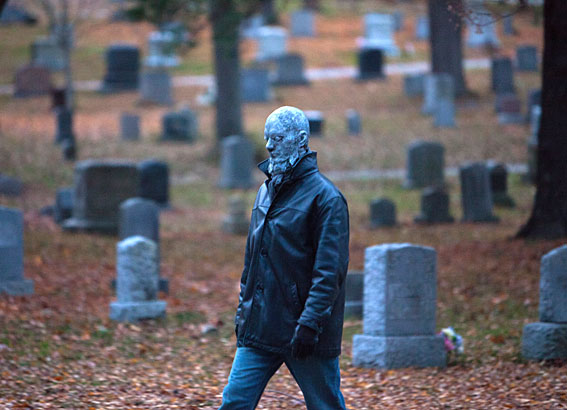 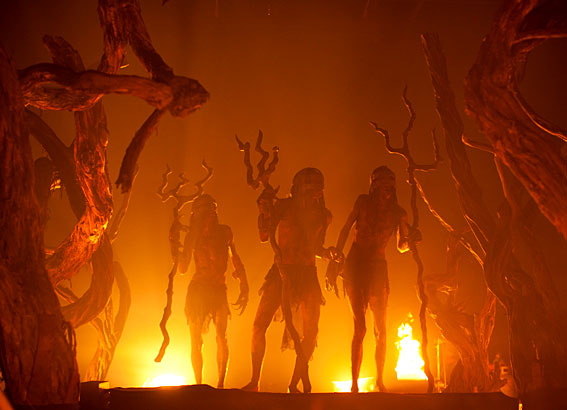 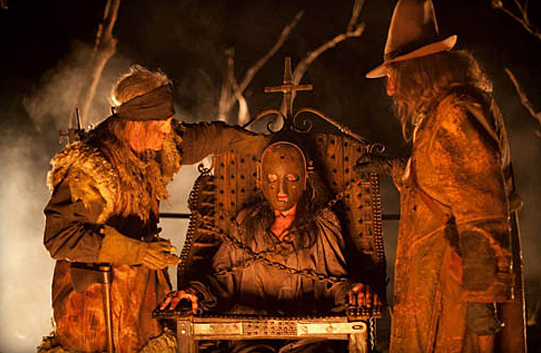 The basic set up is simple enough; Heidi Hawthorn (played by Zombie’s wife – Sheri Moon Zombie), an ex-drug addict turned small town radio DJ, receives an intriguing and mysterious wooden box from a band known self-referentially as ‘The Lords’. Assuming this unsolicited package to be part of a gimmicky PR stunt from an unsigned band, Heidi thinks nothing of popping the record on at home after a long day at work and a few tequilas. Of course it’s much more than your average run of the mill death metal record and soon has Heidi hypnotically swaying to its medieval groove and experiencing bizarre visions of the Salem witch trials.

So far, so… OK. The film establishes its premise in a straightforward enough manner and the supposedly medieval music of the enigmatic ‘The Lords’ record (composed by John5 – of Marilyn Manson fame) is actually quite unsettling. Initially, I also like where the film is heading visually, as Heidi floats through an endless flow of disturbing and symbolic dream sequences all centred around Heidi’s apparent pregnancy with some kind of demonic baby. These scenes are grandiose and gothic, delivered with buckets of suspense and are genuinely hypnotic at times. But, beyond these psychedelic forays into Heidi’s subconscious, the story and characters never really do enough to pull me in and, by the 2 hour mark, my lack of emotional investment in the fate of Heidi and Co. meant that seeing the film through to its finale was a struggle.

But, in fairness, I can’t say that I class myself as a true, blue-blooded fan of the horror genre, so my opinion is not, perhaps, to be trusted if you are just that. Horror movie fandom has, for a long time now, been a kind of subculture all of its own, with an entirely different set of standards by which to judge films and their related media. For this reason, there will be some who love The Lords of Salem; it’s nostalgic, brutal and disturbing in a detached and characterless kind of way, and features cameos from horror legends such as Michael Berryman (The Hills Have Eyes). However, it didn’t do enough for me, the casual horror fan, and left me only with a strong desire to re-watch the classic horror films it draws influence from, and nothing more than indifference towards the film I had just watched.

Special features on this release include a theatrical trailer and… that’s it, sadly. Since the film is, as pointed out by Zombie in various interviews, a rare example of a director given free rein and full creative control (with no interference from the film’s producers), I would have been really interested to see some behind the scenes content or a director’s commentary. 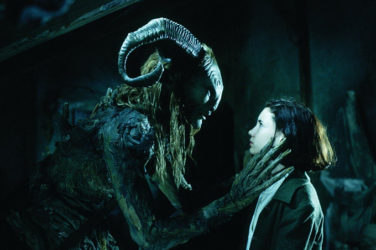 words Adam Davidson 15 years after its release, Ivana Baquero, who played the lead ...

Why are we so fascinated by famous figures that tragically die young, cut down ...