This is a welcome re-release of Orson Welles The Trial . Many directors have tackled Kafka’s surreal and forbidding novel but Orsen Welles’ version has to go down as the closest to realising the book’s dark sense of unease and paranoia.

Josef K (Anthony Perkins) is arrested for an unspecified crime. To protest his innocence he is forced to enter the oppressive machinations of the judicial system where logic seems to have become twisted. K’s grip on reality becomes weaker and weaker as he is pummelled by a dehumanising system. 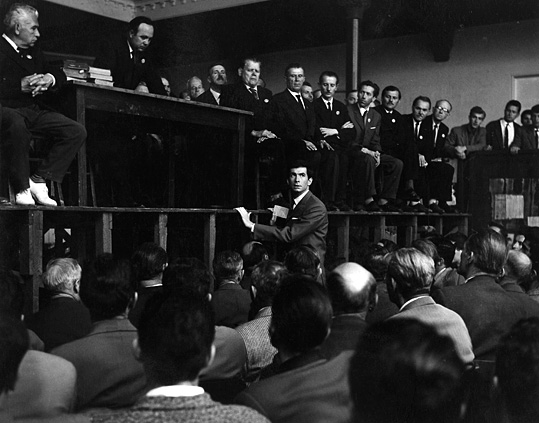 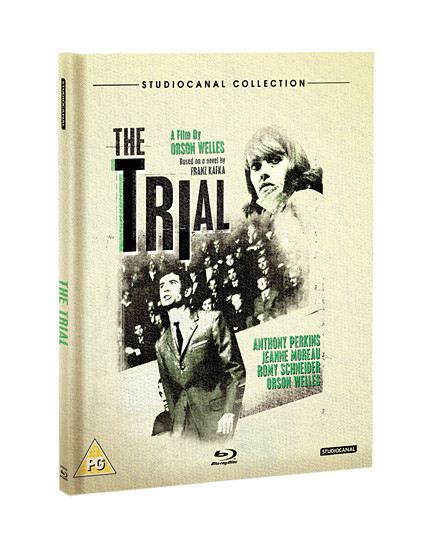 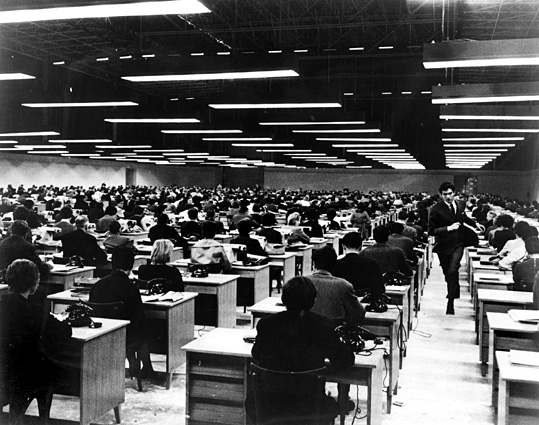 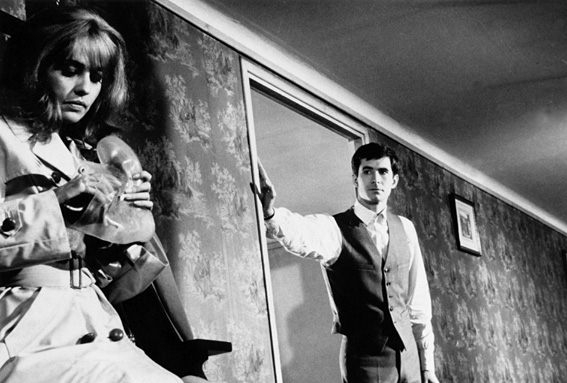 Orson Welles’ film is intense and nightmarish with lots of extreme angles and contrast. It comes over like a surreal film noir, which is as good as it sounds. This is an intense ride into a labyrinth of dark power where we’re treated to some clever visual trickery from Welles that pulls us into this comically tragic tale. Perkin’s portrayal of the unravelling of K is quite startling plus there’s a cast filled with star talent including Jeanne Moreau, Elsa Martinelli, Romy Schneider and Welles himself who plays the Advocate.

This new version of Orson Welles’ film is part of the Studiocanal Collection, a series of groundbreaking classics re-released as a package along with special features and accompanying booklets with enhanced picture and sound quality on Bluray and DVD. Extras include documentaries on Welles, Kafka and The Trial, interviews, deleted scenes and a booklet on the movie.

The Trial will be released on DVD on 3 September – for more information go to www.studiocanal.co.uk

History is no stranger to cinema, the latter seeming to view the past as ...